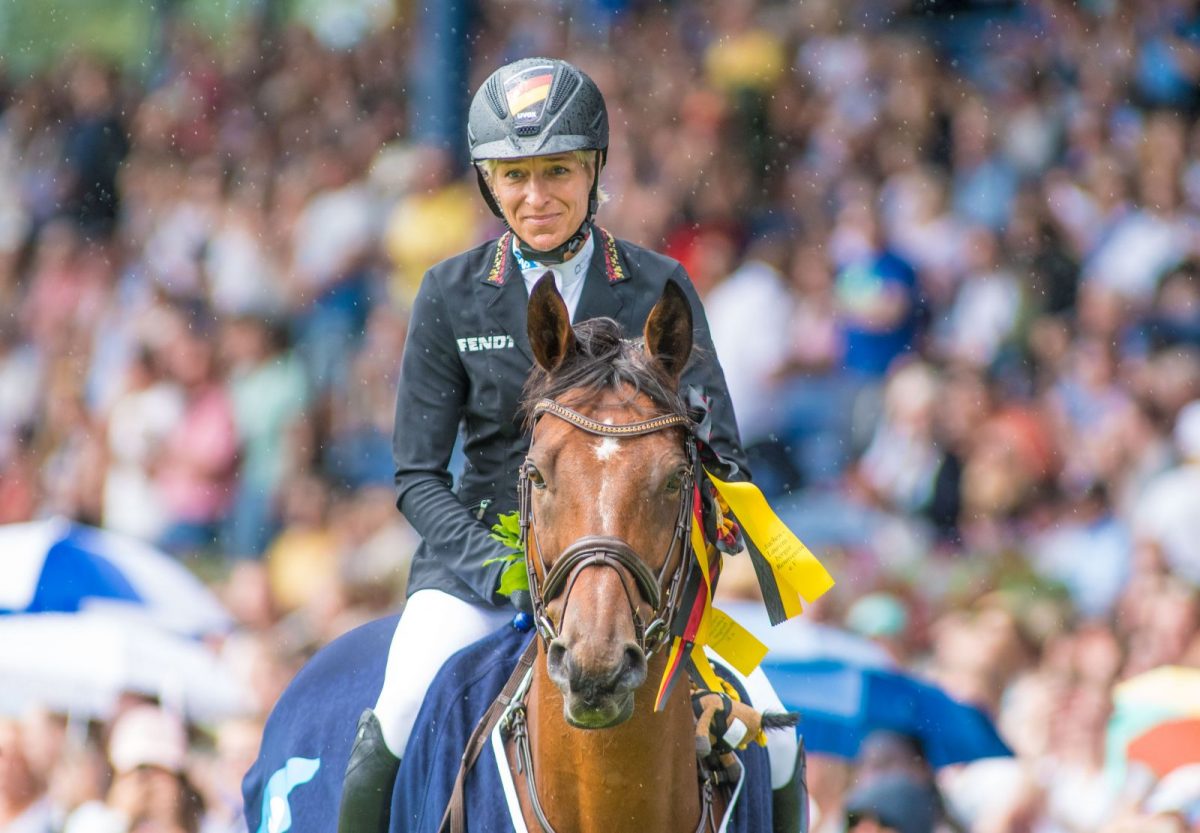 The Versatility Committee of the German Olympics Committee for Equestrianism (DOKR) and the German Olympic Sports Confederation (DOSB) have released the Olympic, Prospective, and Junior squads for the three Olympic disciplines ahead of the postponed 2020 Tokyo Games. Notable among the Olympic squad members is Ingrid Klimke, who has been named to both the Eventing as well as the Dressage squads.

For this Olympic cycle, we’ll see the beginning of a new team structure, with three riders plus one reserve horse and rider to be sent for each discipline, from each federation. This is a reduced number, down from three-to-four riders with no reserve. To view a comparison of these format changes, click here.

It comes as a surprise to no one to see Ingrid Klimke named to both lists, and certainly she’s earned the additional accolade with the notable success she’s collected aboard Franziskus, a 12-year-old Hanoverian stallion owned by Wilhem Holkenbrink. Should Ingrid pack up two horses for Tokyo, it would be the first time an equestrian has competed in two disciplines at the Olympics since Sir Mark Todd competed in both eventing and jumping in 1992. Ingrid is also selected with 2020 German Eventing champion SAP Asha P and 2016 Olympic partner SAP Hale Bod OLD.

We can expect to see more finalized nominated entries for Tokyo coming forth later in 2021, but for now please join us in congratulating all of these short-listed riders. It is no small feat to qualify for competition at this level, and particularly after a devastatingly tough year these achievements must be celebrated.

The Eventing Olympic and Prospective Squads for Germany in 2021 are as follows:

Looking to the dressage squads, the following riders have been named:

The 2021 Olympic and Prospective Jumping Squads will include: