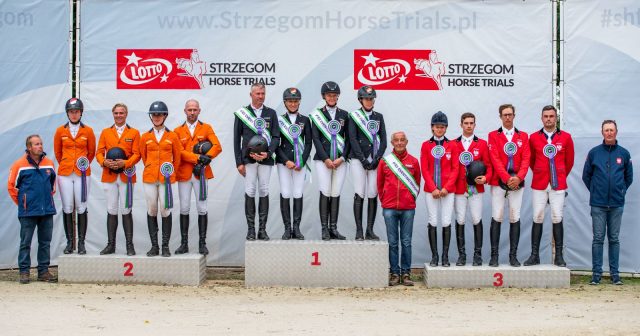 German riders were victorious in the second leg of the FEI Nations Cup in eventing, taking the top spot on both team and individual podiums. The Netherlands finished second and Poland third.

The win for the German team was guaranteed after the cross country phase, relegating the previous leaders – the Netherlands – into second place. Ingrid Klimke with SAP Asha P had the best result (2nd place on a score of 30.2) on the team, which also included Andreas Dibowski with FRH Corrida (5th), Beeke Jankowski with Tiberius 20 (7th) and Heike Jahncke with Mighty Spring (17th). SAP Asha P was the only horse in the division to post double-clear jumping rounds, moving them from 10th after dressage into the penultimate spot. The reigning European champion also won the class individually, leading from pillar to post with SAP Hale Bob OLD. They finished with a dressage score of 21.7, a four-fault show jumping round and 2.4 cross country time penalties for a final score of 28.1. 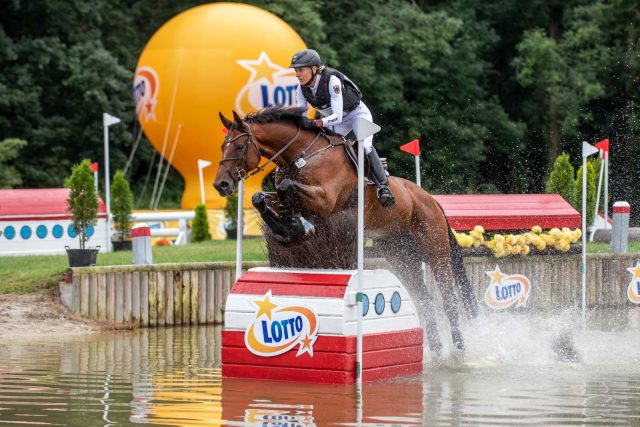 The Dutch team (Merel Blom with Ceda N.O.P, Jordy Wilken with Burry Spirit, Raf Kooremans with Dimitri N.O.P and Laura Hoogeven with Wicro Quibus) were in the lead after dressage and show jumping but dropped a podium step after cross country. The best result in the team and third place individually belonged to Merel Blom.

The cross country trial saw the Polish team (Mateusz Kiempa with Lassban Radovix, Joanna Pawlak with Fantastuc Frieda, Jan Kamiński with Senior and Michał Hycki with Moonshine) move up into the third place. The best result among them belonged to Mateusz Kiempa, who moved from second after show jumping into fourth due to cross country time penalties. 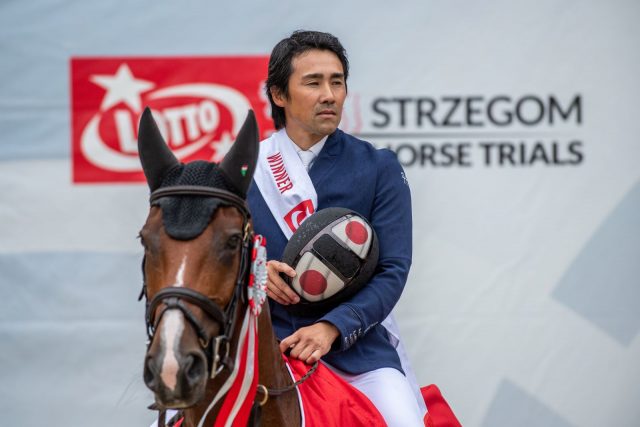 Placings were shuffled after cross country and then shuffled again after show jumping in the CCI4*-L division. New Zealander Jonelle Price with Grappa Nera stole the lead from husband Tim Price after cross country, but then gave it away with a rail in show jumping to Japanese rider Yoshiaki Oiwa with Tullyoran Cruise JRA. Jonelle ended second with Grappa Nera and third with McClaren; Tim ended up in fourth. 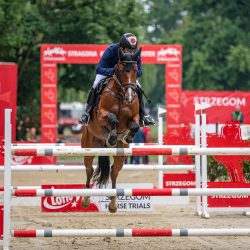 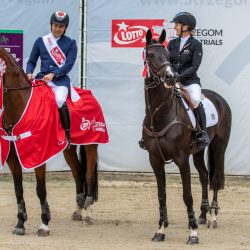 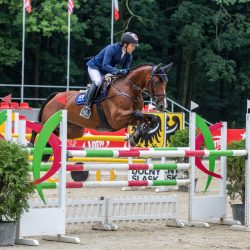 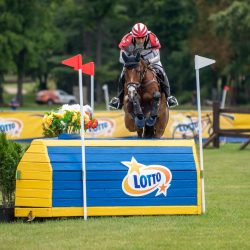 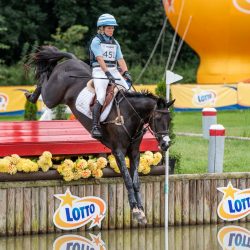 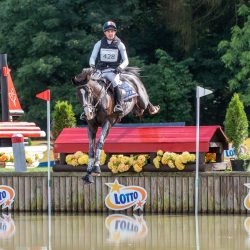 The win in the CCI3*-L class belonged to German rider Julia Mestern with Monarts Masterpiece. Second place went to her teammate Malin Hansen-Hotopp with Quidditch K, and Merel Blom from the Netherlands was third on Crossborder Radar Love.

The best athlete of the CCI2*-L was Merel Blom with Corminta vom Gwick. The next two places on the podium were taken by German riders: Andreas Dibowski with Calahari before Katarina Tietz with Chapeau Claque 49.

As for the short format classes, Dirk Schrade won the CCI3*-S class riding Casino 80, second place went to Arthur Duffort from France with Gredington Mailthyme, and Sonja Buck with Carla Bruni finished third. Greta Busacker from Germany was the best in the Young Riders category with Coco Maurice 2 and Julia Gillmaier from Poland took home the third place, riding Red Sunrise 2. Dirk Schrade was first and third in the CCI2*-S class with Cold Red Rum and La Duma. Second place went to Ingrid Klimke riding Cascamara. The best Junior rider was Greta Busacker aboard Scrabble 15. The CCI1* Intro was won by Sophie Leube (GER) with Skyjacker 3.

German athletes dominated the podium of the CCIP2*-L class for ponies. Jule Krueger was the best with Steendiek’s Max Edition, Pita Schmid with Sietlands Catrina was second, and third place went to Linn Zepke with Betty Boo 14.