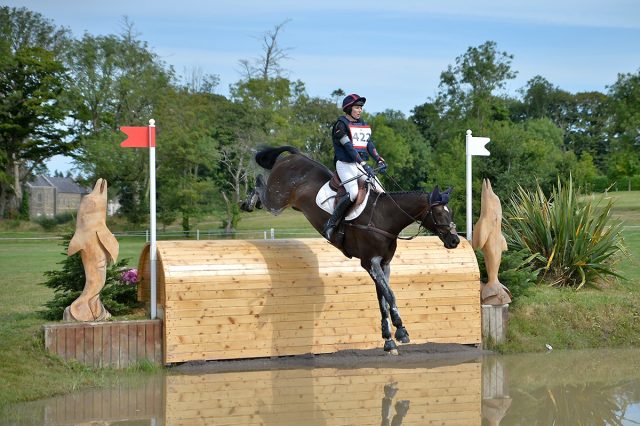 Continuing her streak of Irish success, Gillian Beale King jumped her way into the top tier of CCI4*-S finishers at Millstreet Horse Trials in County Cork over the weekend. The American transplant rode two horses, Rebeliant and RCA Royal Summer, to 4th and 6th places respectively. A third horse, Derena Super Star, leapt up the scoreboard with each phase, ultimately claiming 11th.

“This is only my second four-star, and my first four-star with a couple of those horses,” says Gillian. While the 30-year-old evented through what is now the three-star level as a young rider, show jumping has been her focus for the better part of the past decade. She has produced horses through the Grand Prix level via her program, Main Line Sporthorses in Chester County, Pa. “It has really has helped me jump right back into eventing. With my training, sales and boarding business I rode and jumped so many different kinds of horses.”

In 2021 her life saw a plot twist, as she left her business upon the invitation to ride for the Belline Estate, owned by Richard and Tanja Ames, in Kilkenny. (Read more about her journey to Ireland, and back to the sport, here.) Gillian inherited responsibility for a string of horses with varying degrees of experience, including the horses she brought to Millstreet. Contesting the CCI4*-S:

Since developing relationships with them, things have been coming up roses — or rather, rosettes. This weekend marked Gillian’s second crack at Millstreet, having won the CCI3*-S in 2021 with Chance Encounter. She remembered it as a big-gulp track that felt even more so since she was just returning to the sport. “Having been out of the eventing game for nearly a decade, I had forgotten how difficult cross country really was. So let me tell you, coming to Millstreet this year I knew what to expect!” 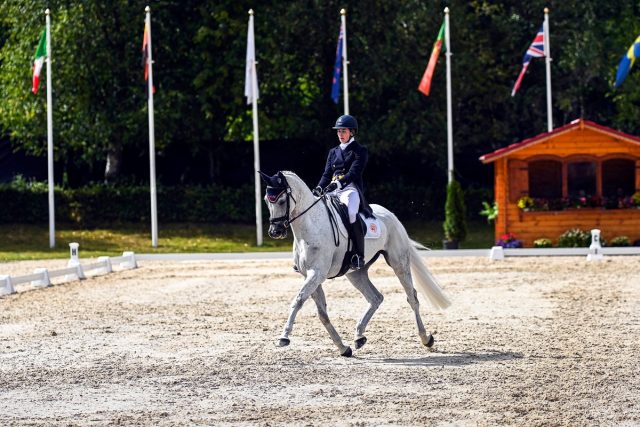 First things first, dressage. “With the four-star test everything comes up a bit quicker,” Gillian says. “There’s certainly room for improvement but three of the four of them gave me some of their most wonderful tests.” 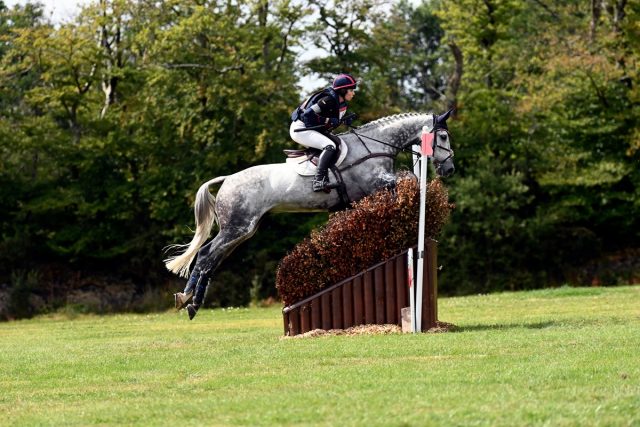 Gillian’s honed skills shined in show jumping, wherein she guided three of her four rides — Chance Encounter, Rebeliant and Derena Super Star — to clear rounds inside the time, which she notes is always tricky to make at Millstreet. Her top-placed horse after dressage, RCA Royal Summer, had one rail down and a just smidge of time, but Gillian was thrilled with the Belline Estate homebred nonetheless. “Show jumping is 100% his weakest phase so I’m just so proud of him.”

Then it was on to cross country, a tightly-wheeled gauntlet of technical questions with beefy obstacles in between.”The time was tight enough but I stayed against the clock the whole way around,” Gillian says. “The weather and footing was great … everything sort of worked in our favor to run and gallop.” 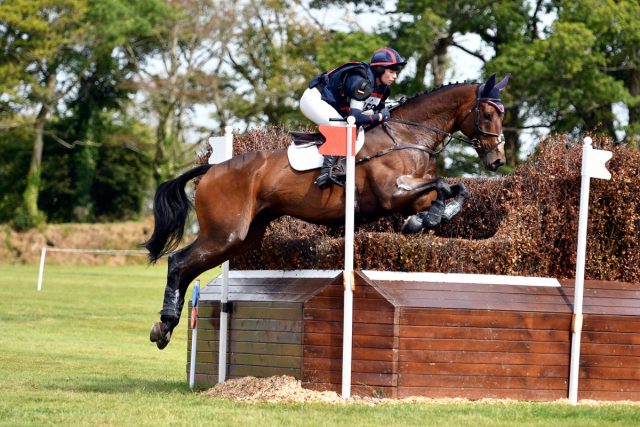 Logging just 0.8 of a time fault, Rebeliant moved from 13th after show jumping into fourth. RCA Royal Summer produced one of only two double-clear cross country trips to finish 6th, and Derena Super Star had just 3.6 time to finish 11th.

Of course, no proper event is without its hiccups. Gillian and Chance Encounter parted ways when he slipped coming off the Normandy Bank, and the 3* horse Ballyvillane Obos “went a bit green on me,” Gillian says.

Looking ahead, Gillian and her herd will be heading to the National Championships in a couple weeks, then head to Blenheim, followed by Ireland’s last international of the year. A trip to Boekelo, the Dutch CCI4*-L, is the end-of-season goal. 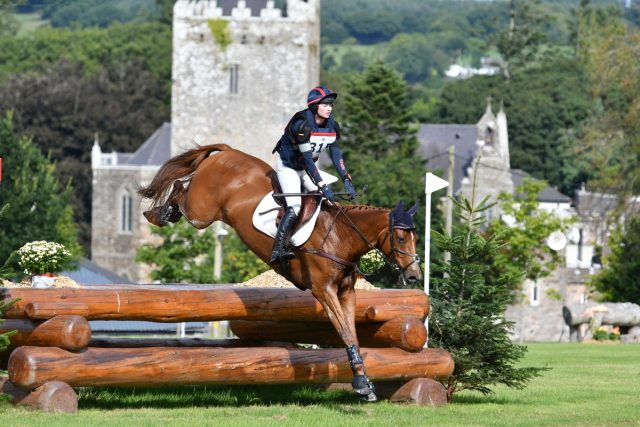 “I’m such a believer that you have to go after your dreams and give it your best shot when you really believe in something,” Gillian says. Her leap of faith seems to be paying off, and she is effusive with her gratitude for the opportunity.

“We do this sport for the horses because we love the horses, so to see them have fun and be successful is really meaningful. They do so much for us and we’re really lucky. I’m proud to be over here representing the States.”