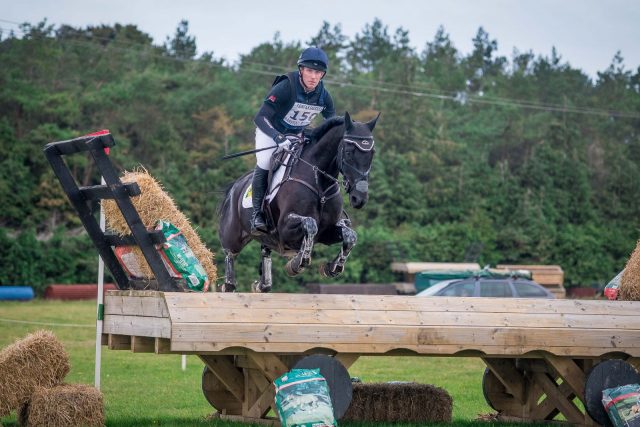 Notable horses in the sport become much-uttered names for a variety of reasons. Sometimes, it’s because their domination of the leaderboards makes them a force to be reckoned with whenever they’re entered. Other times, it’s a matter of notoriety — of tumultuous, tempestuous talent, or a connection to one of the sport’s many rollercoaster peaks and troughs. And in a few cases, it’s both.

Such is the case with Oliver Townend‘s mount Cillnabradden Evo, who won the open CCI4*-S section at Burnham Market today, prolonging the impressive streak in which Oliver has won every CCI4*-S here since 2014, with 13 total victories in the class. A first-phase score of 23.3 put the pair in second place on this leaderboard after the first phase, while a classy clear round over yesterday’s showjumping track moved them into the lead, overtaking Sweden’s Therese Viklund and Diabolique, who added 22 penalties. Going into today’s cross-country phase they could afford eight seconds to stay ahead of Australia’s Kevin McNab and Scuderia 1918 Don Quidam, and though they lost a minor amount of time with a sticky trip through the final water, they sailed home five seconds over the optimum time of 6.46 to secure themselves the win.

“He’s been very good — he’s getting the hang of it,” jokes Oliver. Now, with one final victory in the books, he and owner Sally-Anne Egginton have made the decision to give the 14-year-old Irish Sport Horse, known at home as Gary, an early retirement.

“He’s finished very, very well. He’s been punching above his weight for years, and he’s just been an out-and-out trier. He’s been very special to the yard, and very special to his owner, and he’s probably won more international classes than ten horses would together — he’s won at every level and every time he went out, you pretty much knew you were going to have a good weekend.” 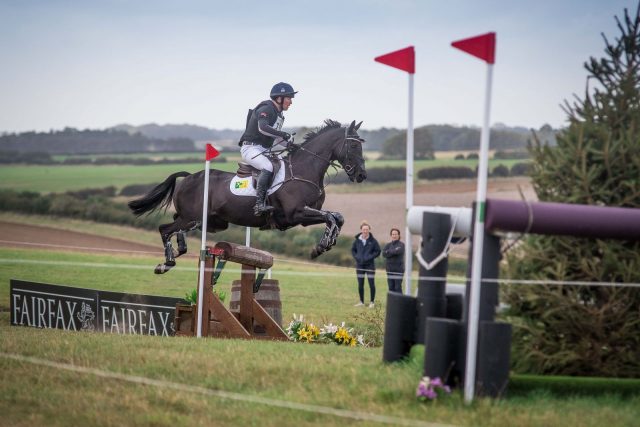 Oliver and Cillnabradden Evo pop out of the quarry combination. Photo by Tilly Berendt.

The striking black gelding by Creevagh Ferro Ex Siebe has made a remarkable impression on the sport in his nearly five year partnership with Oliver. In 21 internationals together, they’ve notched up eight wins, including the British Open Championship title at Gatcombe in 2016, CCI4*-S classes at Blair (2016), Burnham Market (2019 and 2020), and Baborowko (2018). His reputation as a specialist at this level was heightened when he helped Oliver to the first-ever Event Rider Masters series title in 2016, and after missing the 2017 season, he was moved up to five-star in 2018. Though that inaugural run, which took place at Pau, saw the pair incur a late elimination due to a rider fall, they ventured forth to Badminton in 2019, where they would make history by setting a new dressage record for the event with an astonishing 19.7. They would ultimately finish sixth in the competition.

But Cillnabradden Evo’s past is somewhat more complicated. He was produced first by Lucy McCarthy and then through CCI4*-S by Oliver’s great friend Andrew Nicholson, with whom he finished second in the eight- and nine-year-old CCI4*-S class at Blenheim — his debut at the level. But it was with Cillnabradden Evo that Andrew had the crashing fall at Gatcombe in 2015 that nearly ended his career, and when Oliver made his first international appearance with the gelding just two months later, it was to murmurings that the horse would not, perhaps, prove to be a safe and capable partner. 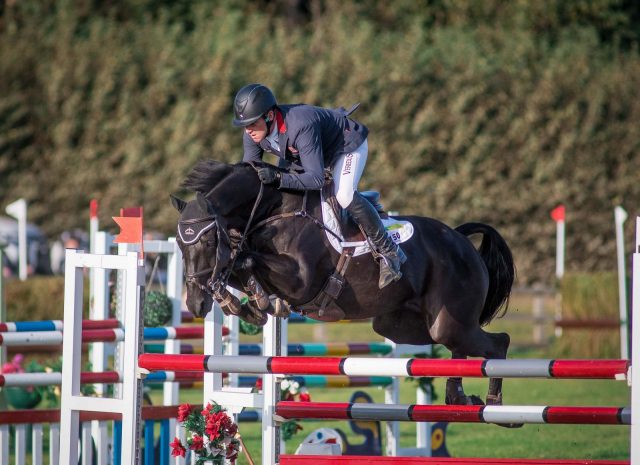 Cillnabradden Evo demonstrates his considerable scope over yesterday’s showjumping course, which saw half the field fault. Photo by Tilly Berendt.

If riders go down in eventing history for their most fundamental skillset, though, Oliver will surely be best-known for many decades to come for his extraordinary ability to coax the very best out of a horse at the top levels despite its limitations. In the four seasons they’ve shared together, they’ve finished in the top ten in 15 of their 21 internationals, and though Cillnabradden Evo looked to tire near the end of last year’s Badminton course, it was Oliver’s talent for nurturing and galvanising the horse that saw them make a clean job of the competition.

Even in this incomplete season, Cillnabradden Evo has managed two international runs — his first since Badminton — and won both, taking the CCI3*-S at Burgham last month as his warm-up for Burnham Market.

“He’s one of those rare horses to do what he did at Badminton and then come back out this year and win his three-star and four-star,” says Oliver. “It’s just time: he’s done plenty for us, and he’s finished very well and very sound. He’ll go back to Sally-Anne’s for the rest of his life, I hope.” 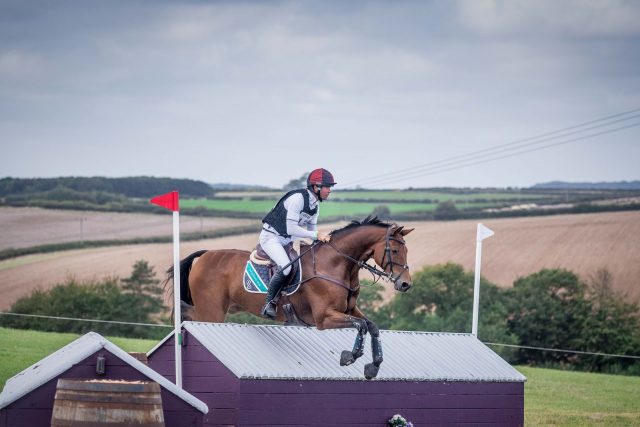 Second in this open CCI4*-S section, which was separated from the eight- and nine-year-old class after the second phase due to different boot rules for the younger horses, is Australia’s Kevin McNab and Scuderia 1918 Don Quidam. They put the pressure on the leaders by delivering the second-fastest time of the day today, romping home in 6.40 to finish on their dressage score of 26.9. Kevin also finished in the top ten with Scuderia 1918 A Best Friend, who finished eighth on his 35.1 dressage.

“[Don Quidam’s] been really fun this week,” says Kevin. “He was easy in the dressage, athletic and careful in the showjumping, and on cross-country he galloped round really well. I was planning on giving him a proper run, and he pulled up with plenty of running — he was keen to go.”

Though the two horses both delivered equally classy rounds on nearly identical times, they’re very different characters on Kevin’s yard, with each needing something different from the rider. 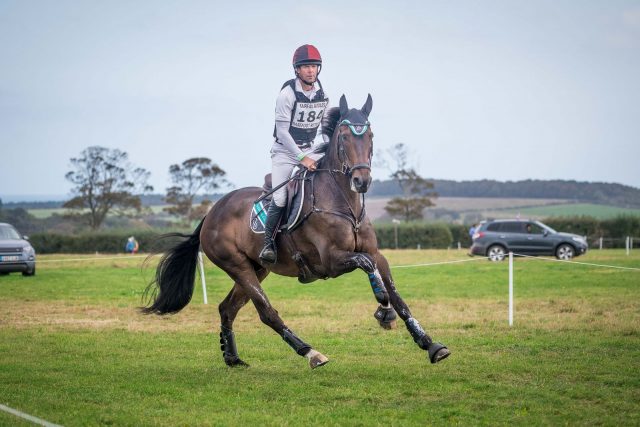 “Don Quidam is cheeky in a nice way; he’s a bit of a pretty boy, a bit blonde in a nice way. Every day’s fun with him — he’s a horse you enjoy riding each time,” he explains. “For a very big horse, A Best Friend is a bit of an anxious horse; he likes to have his friends around and someone to hold his hand. It hasn’t hurt him to be at home over lockdown, and to have a bit more time to work with him and develop They’re very different horses. Both very good, but different people.”

Now, Kevin’s looking ahead to a trip to Pau with both horses, as well as a Kentucky CCI5* run in 2021, which had been Don Quidam’s plan for this spring.

“I’d like to get to Kentucky; I think it’d really suit him and I’d like to jump around there myself — I’ve never been,” he says. 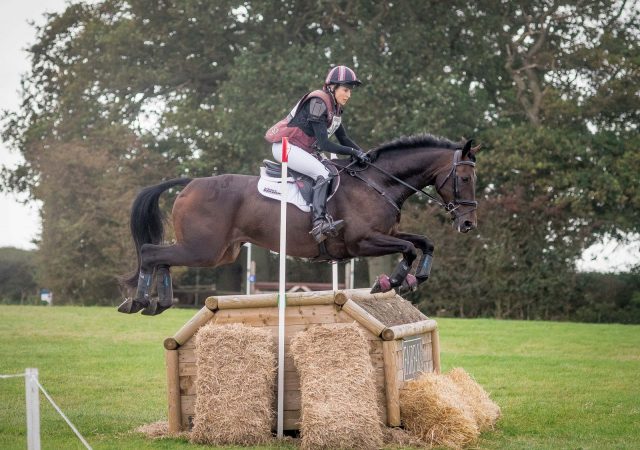 Another rider to feature twice in the top ten is Sarah Bullimore, who piloted the evergreen Reve du Rouet to third place after finishing a second over the optimum time and stablemate Conpierre to fifth with 1.2 time penalties. These weren’t to be her only successes of the week: she also took third place in the CCI4*-L with homebred Corouet, once again proving that she’s one of the most remarkably consistent riders in Britain. Like Kevin, she, too, is looking ahead to Pau with Reve du Rouet — though much hangs in the balance of Europe’s constantly changing lockdown situation, which has evolved throughout the week and may rule out a plethora of UK-based riders from the sole 5* of the year. 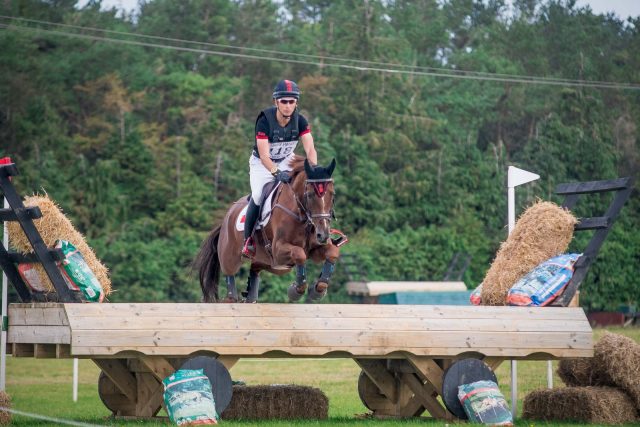 China’s Alex Hua Tian and his Rio top-ten finisher Don Geniro added another great result to their 2020 tally, finishing fourth on a score of 29 after adding 0.8 time penalties in showjumping and 4.4 across the country to their 23.8 dressage. They contribute to a remarkably global top ten, with six nations represented.

37 combinations came forward to the final phase in this CCI4*-S section, with all going on to complete. Just two would add cross-country jumping penalties, while four produced clear rounds inside the time — a relatively high number, considering that there were just 15 clears inside the time from 2005 to 2019.

Stay tuned for reports from the eight- and nine-year-old CCI4*-S and the feature CCI4*-L. Go Eventing!

The final top ten in the open CCI4*-S section at Burnham Market.