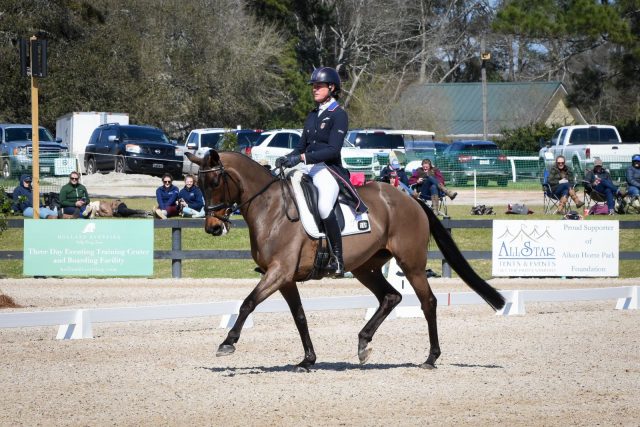 At 18, Veronica may be entering the golden years of her career, but she had no hesitation showing the rest of the competition how it’s done this morning at the $50,000 LiftMaster Grand-Prix Eventing at Bruce’s Field, winning the dressage phase with Lauren Nicholson (née Kieffer) in the irons.

Lauren told EN earlier this spring, that riding Team Rebecca’s spicy KWPN (Pacific x Kimbel, by Ferro) is comfortable and well known, much like “Putting on your favorite old sweatshirt.” For the pair that knows each other backwards and forwards, Lauren knew that full retirement would never be an option for “Troll,” so with no plans to return to the top levels of the sport, they’ve opted to simply enjoy the ride.

The years built into the partnership showed today in the arena, and the pair easily snagged a score of 29.6 — the only sub-30 result in the bunch.

“She was pretty wild actually. She’s very excited to be competing again, and she was very pleased to be the only horse we brought here. She thinks that’s how it’s always supposed to be,” Lauren said. “She feels as good as she ever did. She was pretty tense in there, but she’s such a professional, she makes it look fine even though you feel like you’re sitting on a ticking time bomb.”

“He’s very trained how. I just try to keep him fresh and keep him enthusiastic about the whole thing. It’s very much like Reggie was in the end; I don’t hassle him too much at home. He knows how to do things,” Buck said. 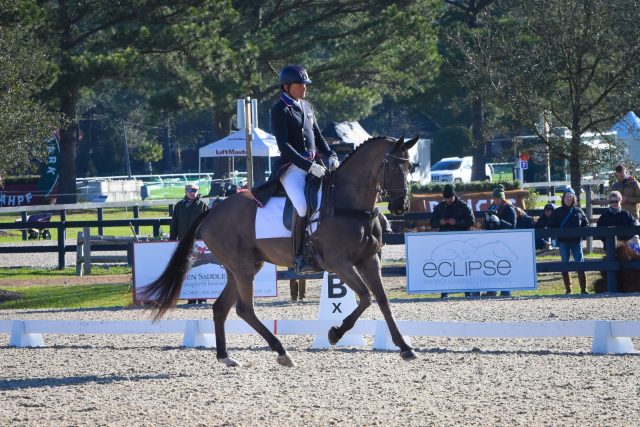 Boyd Martin and Liz Halliday-Sharp currently split a two-way tie for third place on a score of 30.7. 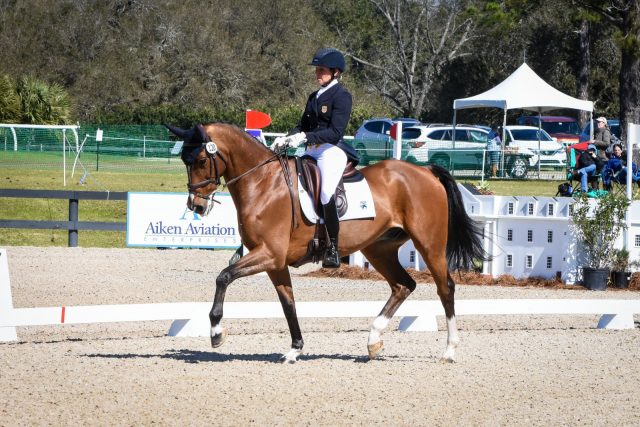 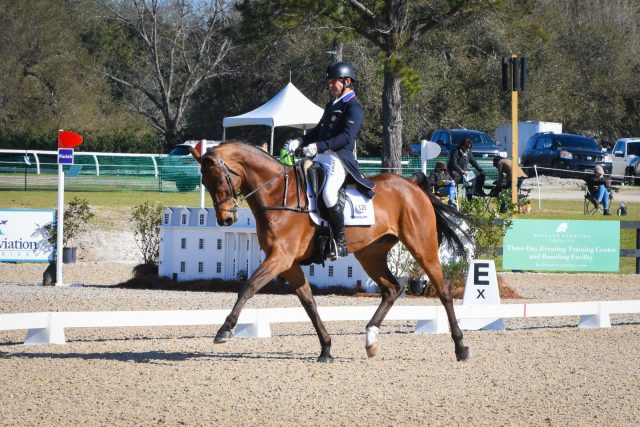 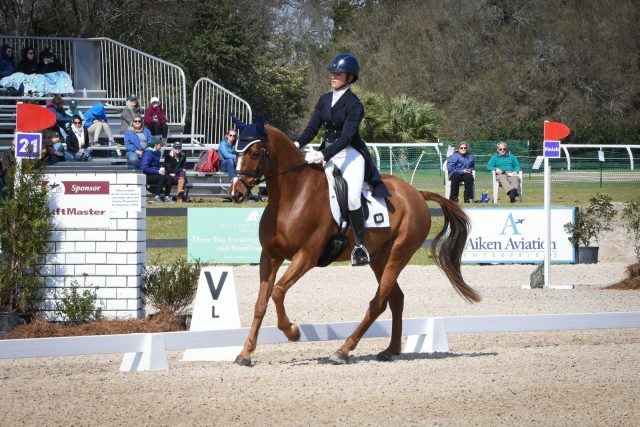 These guys are enjoying a breather now before the show jumping phase starts at 4 p.m. — please note this is updated from the original time of 4:30 p.m. Stay tuned for more from Aiken. 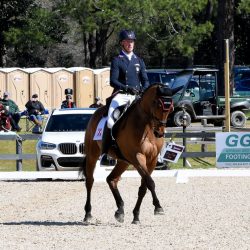 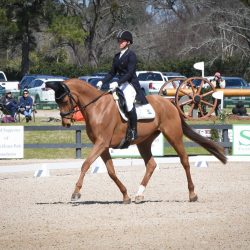 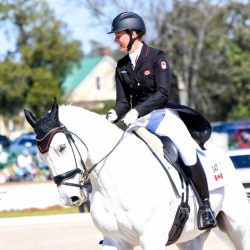 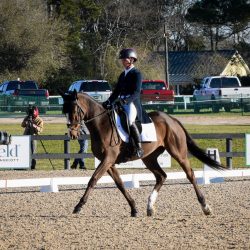 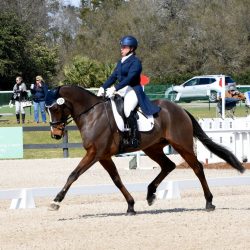 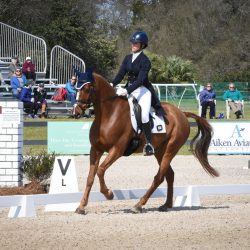 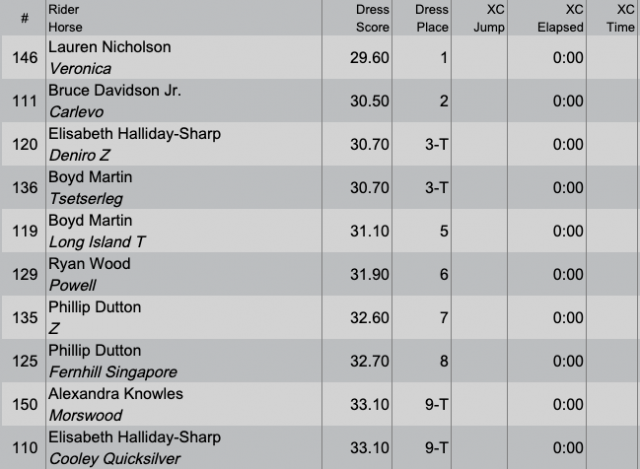