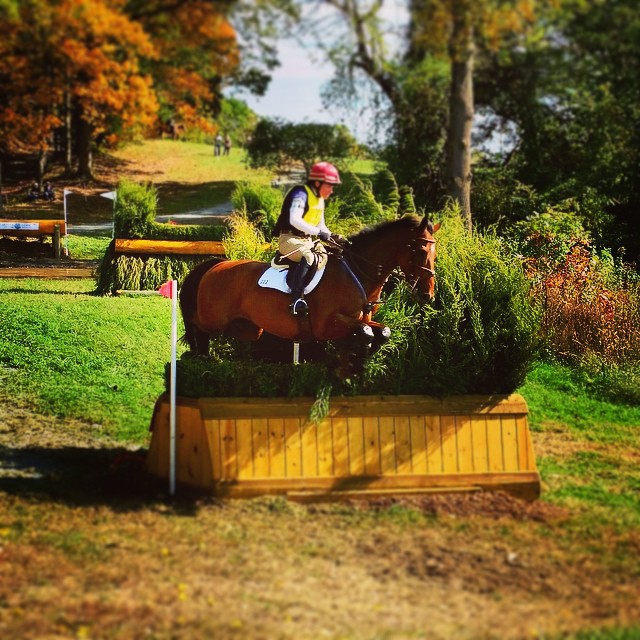 As is somewhat standard at Fair Hill, today encompassed all of the possible human emotions. From sun-up this morning, there have been horses and riders experiencing everything from elation and adoration to positively gut wrenching disappointment. There are stories of triumph, and tales of woe, and just about everything in between.

Something must be seriously wrong with us, as we keep coming back to this sport, but cross country day is what defines us, and the high is so great that we continually return even after days when we’ve been kicked in the pants. Let’s check out some of the stories from today.

Tamie Smith had a helluva ride today on Twizted Syster, cracking around that CCI2* course like nobody’s business. From Tamie: “A year ago when Chloe came to my barn to be sold, it never occurred to me that she would one day be mine. I’m so grateful to Heather, Mike, and the Team Express Group for making it possible to be the one riding her and also so appreciative in my team that made it possible for me to acquire her and is now owned by The Twizted Systers.

“Thank you to all of you who support me and my dream and have always been there through all of the ups and downs of this crazy sport we love. Chloe truly is a horse I want to be sitting on for cross country and I’m so proud of how well she handled a tough course today! Thank you to everyone for making today possible. Now to rest up for a very big day tomorrow.” 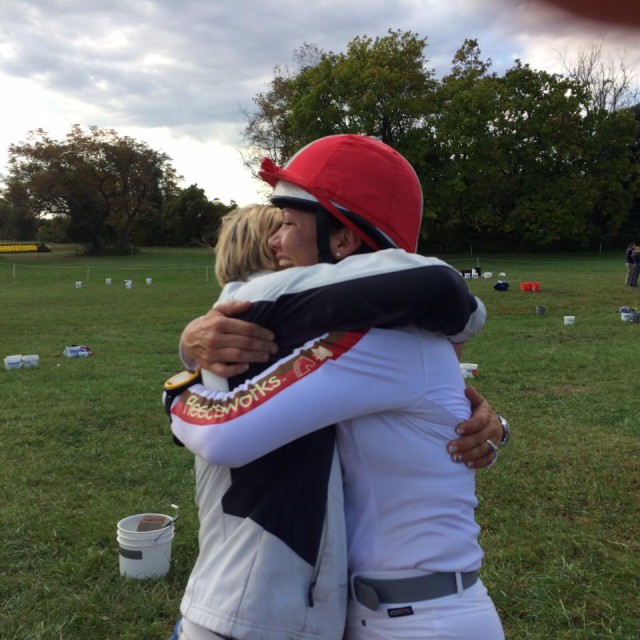 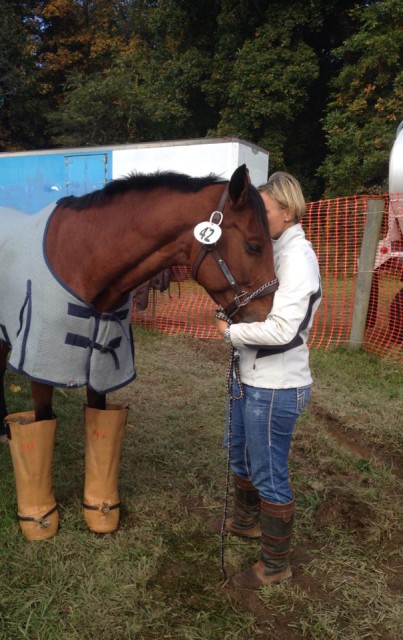 Heather Morris passing some love to Twizted Syster while she hangs out in her ice boots. Photo via Heather Morris’ FB.

You know what, teamwork DOES make the dream work. You’re right, Leslie! Here’s to Jon Holling, who has TWO horses in the top 10 after cross country in the CCI3* — a badass achievement!

@LeslieLaw2127: Teamwork makes the Dream work!!! Jonny Holling 2 in the top 10 at FHill after xc. pic.twitter.com/Z0EFOrWHHe

It was all smiles at the finish line for these girls today, with current CCI2* leader Victoria Jessop riding Desert Mystery in a flawless fashion to finish with no jumping or time penalties at all. Coach 2013 CCI3* champion Jan Byyny was there to give her a big hug at the end! 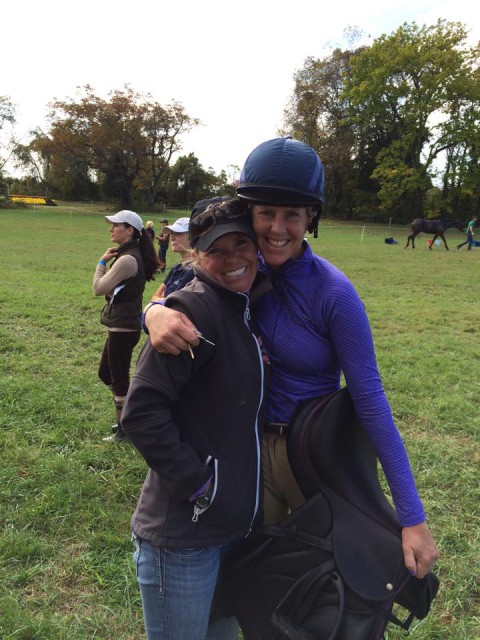 My question is … who took out the clump of brush from the top of the keyhole with their noggin? Who was jumping that high? Don’t you know you’re supposed to duck going through a big old brush keyhole? Also, congrats to Liz Riley and Tom for finishing their first CCI3* together, with clear jumping and 30 time penalties; they sit in 35th place for tomorrow.

Jennie Brannigan and Ping KILLED IT today, slaying all their bad luck demons for cross country and moving nicely into second place with only 1.2 time penalties.

From Jennie: “I have so many people to thank, and I know I’ll miss many so thank you to everyone who has stood behind me on this roller coaster … I’m just beyond proud and relived to have two such class athletes to ride. Cambalda finally had his day and Henry was unreal … I look forward to the future but to my friends who have been there through the ups and downs … Thank you. I wouldn’t be anywhere without you.”

Ellie MacPhail and RF Eloquence jumped around their first CCI3* together, adding only 13.2 time penalties. From Ellie: “Pony genius lived up to his name!! I love this horse! Clear around our first CCI3* and in 12th heading into show jumping tomorrow!!” 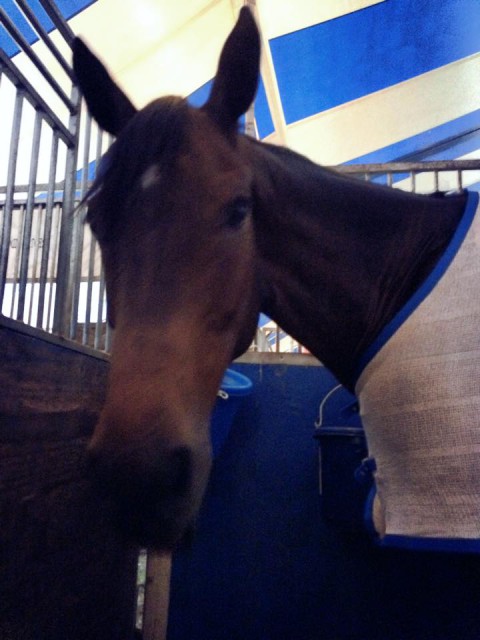 Hallie Coon also joined the ranks of newly minted CCI3* riders today, as she and Namaste’ (aka, Yogi) took on the Fair Hill challenge and rose to the occasion, finishing with 29.2 time penalties for 32nd place going into show jumping. 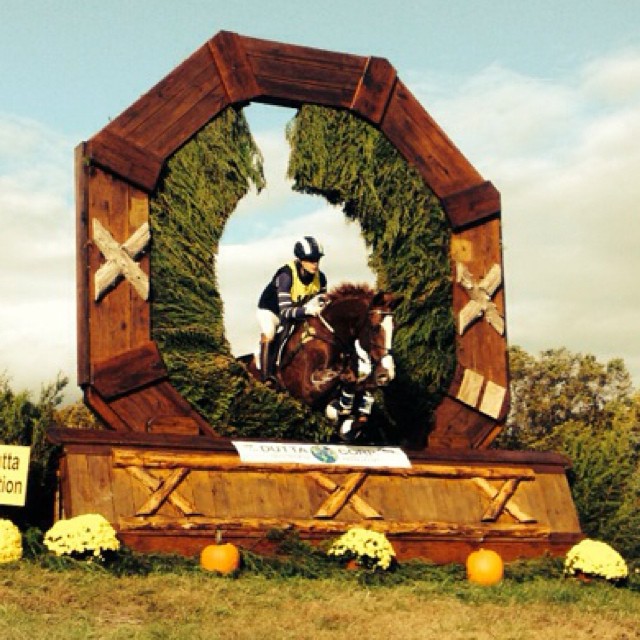 Matt Brown suffered disappointment in the CCI2* when leader after dressage Happenstance had a run out, but he kicked himself into gear to ride Super Socks BCF to a clear round in his first CCI3*. They finished with 23.6 time penalties and go into 22nd place before show jumping. 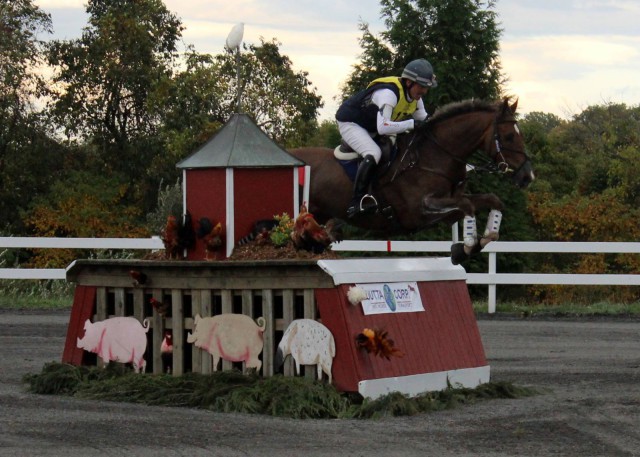 You ever see this guy out on cross country? He’s almost always wearing hunter green and is definitely accompanied by one or two black labs at all times. I hear that he does some sort of Rolex preview article every year? Not sure … 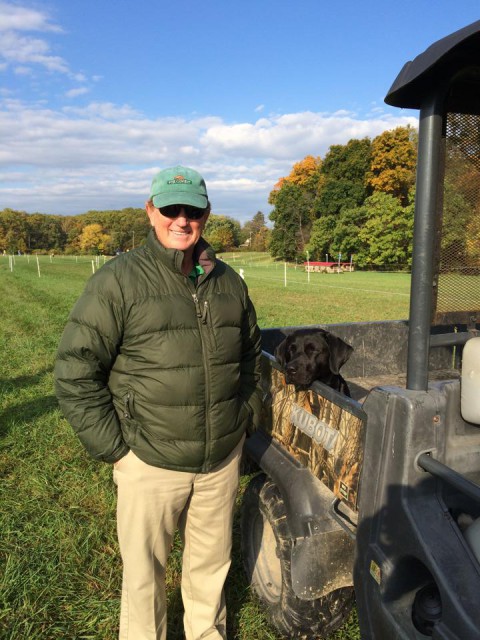 Kendal Lehari and Totally Frank were having an awesome round in the CCI3* until she pulled him up late in the course between fences 21 and 22. She reports that he just felt a little off, and that they are both happy and resting now. We are all crossing our fingers for a good diagnosis for Frank!

Defending CCI2* champion Allie Sacksen has good reason for the smile on her face, as she and Sparrow’s Nio finished their first CCI3* with no jumping penalties and just 10.4 time. That puts them in 19th place before show jumping. 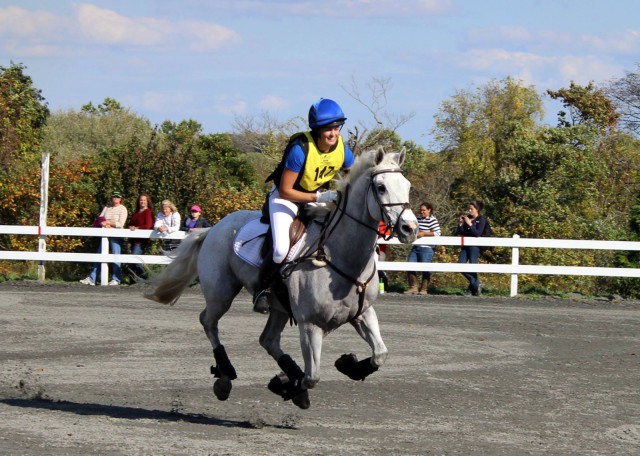 Everyone’s favorite little chestnut pony mare cruised around her first CCI2* with 17.6 time, which puts her in 45th place in that division.

Clear on the pony! Some Time but jumped her heart out ! pic.twitter.com/yZNjPyBGM0

Look at that face! Cooley Cross Border jumped his heart out today and galloped more than he’s ever galloped! He and Kim Severson finished the CCI2* course with a double clear round and have slotted nicely into third place for tomorrow. 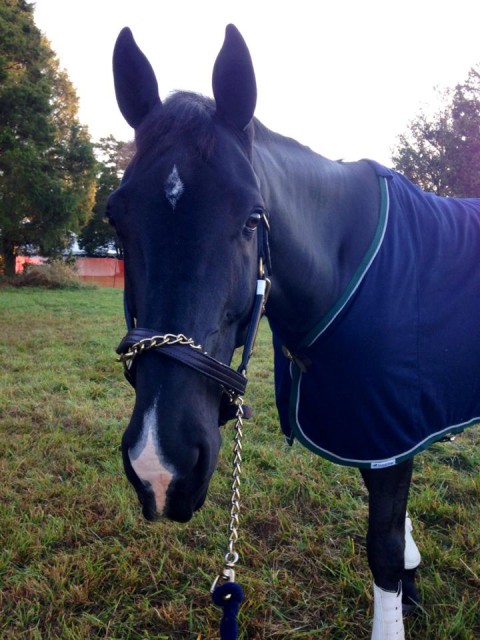