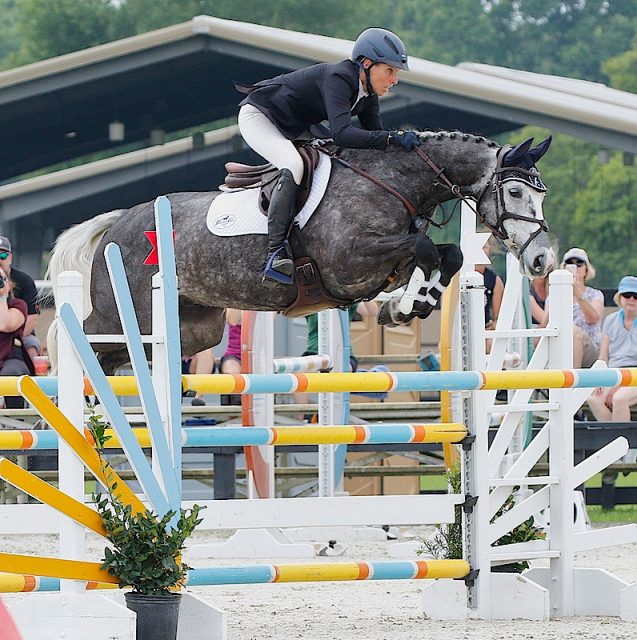 A quick scan of Liz Halliday-Sharp‘s recent record shows a dizzying collection of first, second and third place finishes — she is currently the top rider in the country on USEA’s leaderboard with 262 points, after all.

Liz seems to have produced the magic formula to get her whole string to peak at the same time, and this weekend at The Ocala International Three-Day Event was no exception. She held both first and second place in the CCI3*-L from post to pillar. 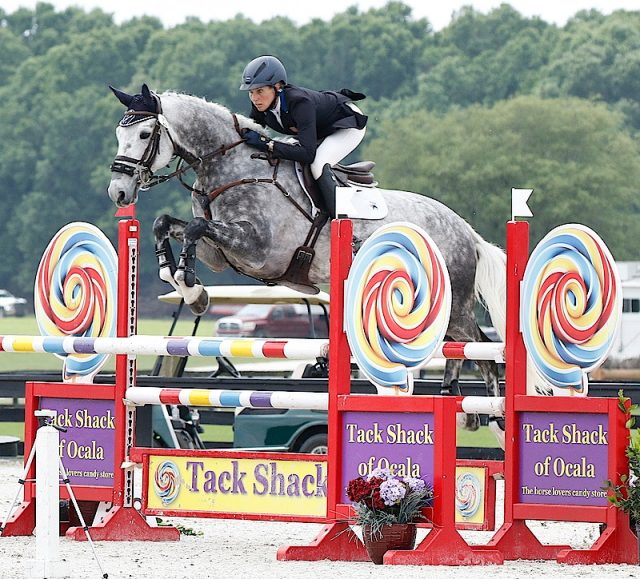 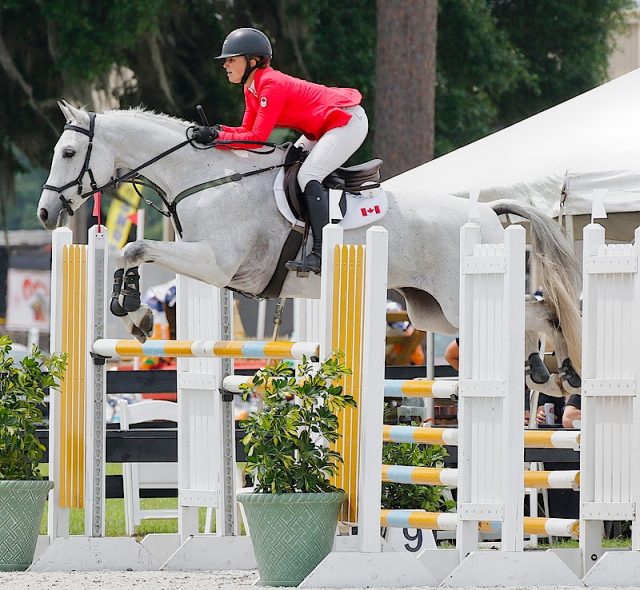 Bentley’s Best moved into fourth after a double clear show jumping with Jessica Phoenix in the tack. The Bentley’s Best Group’s 12-year-old Trakehner earned a final result of 29.2. 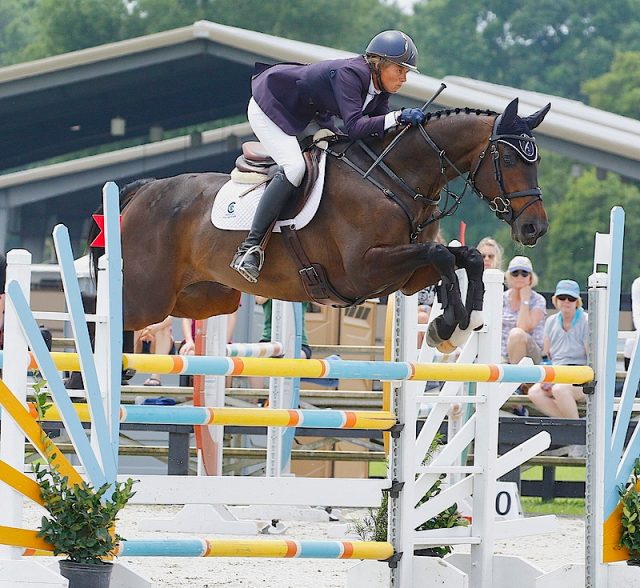 This three-star class is brimming with talented jumpers as 15 of the 29 finishers managed double clear rounds. 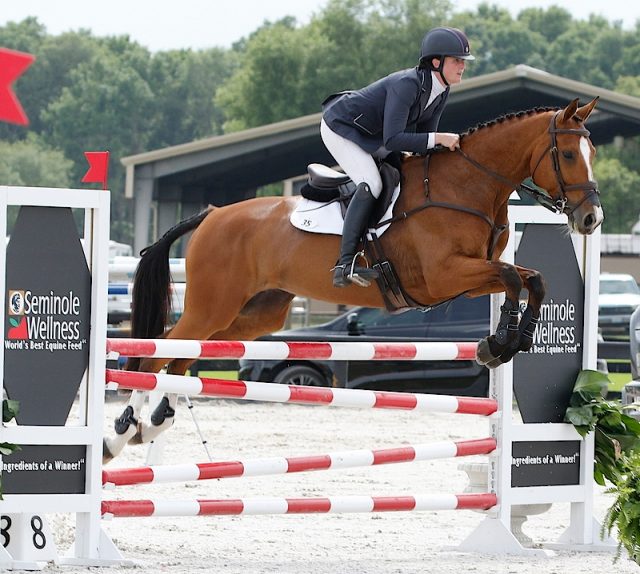 Lauren Kieffer and Get Gaudi. Photo by Lisa Madren.

Chris Barnard’s show jumping track changed the look of the CCI2*-L division where Lauren Kieffer and Get Gaudi emerged as the winners.

Jacqueline Mars’ 8-year-old KWPN (Alicante HBC x Second Floor, by Faram) made skillful work of all three phases, adding nothing to his dressage score of 27.7 in his FEI debut. 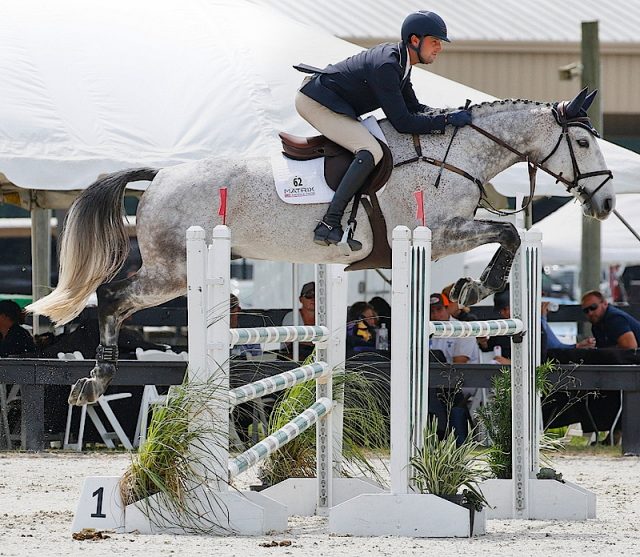 Will Coleman and Cooley Mahgeeta. Photo by Lisa Madren. 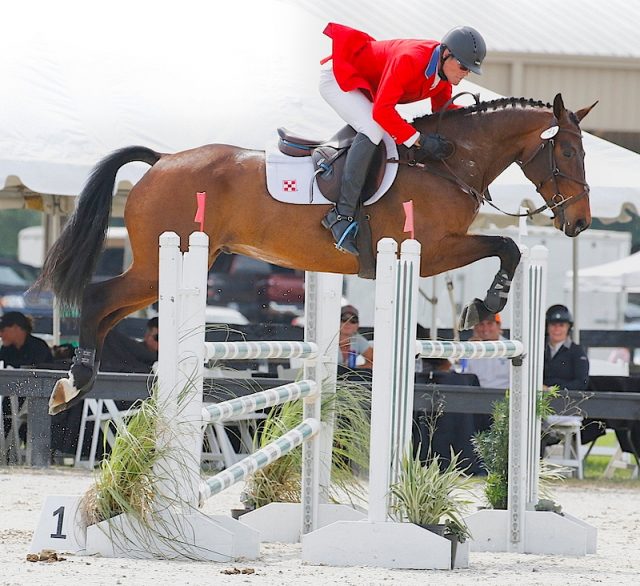 Caroline Martin and her Cristano Z were fourth on a score of 29.3, and Liz Halliday-Sharp was fifth with Pru Dawes’ Duiske Abbey on 29.5. 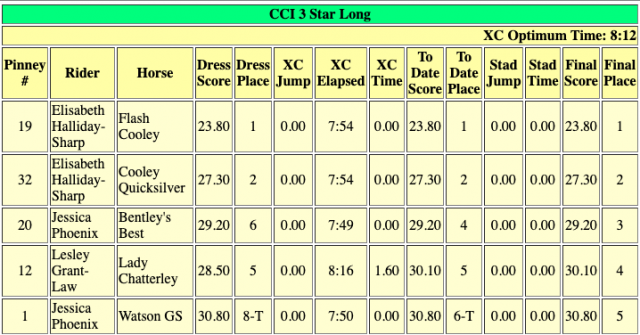