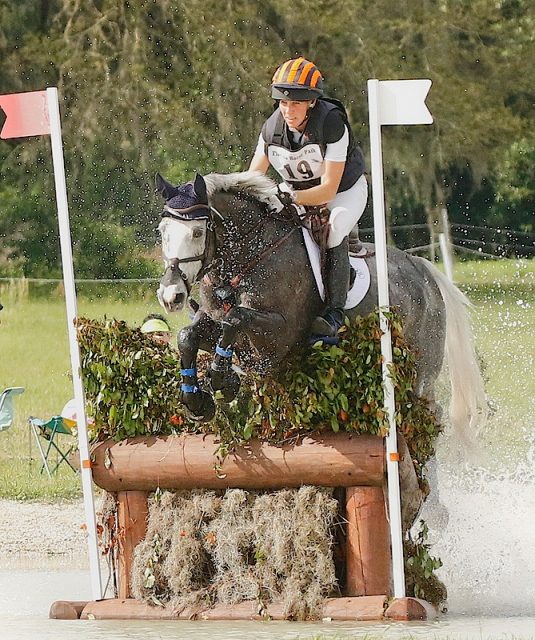 The current queen of U.S. eventing Liz Halliday-Sharp continues her reign this weekend at The Ocala International Three-Day Event as she claimed the top two spots on the CCI3*-L leaderboard after the first two phases.

She leads the way with Pru Dawes’ Flash Cooley a 7-year-old Irish Sport Horse (CSF MR Kroon X Castlefield Ruby). “Casper” made his three-star debut this spring, finishing second in the Carolina International CCI3*-S in preparation for this, his long format debut at the level. A double clear cross country run keeps the pair on a score of 23.8.

Stablemate Cooley Quicksilver slots into second place. The 8-year-old Irish Sport Horse gelding (Womanizer X Kylemore Crystal, by Creggan Diamond) owned by the The Monster Partnership, went quick and clear across country to remain on their dressage score of 27.3. 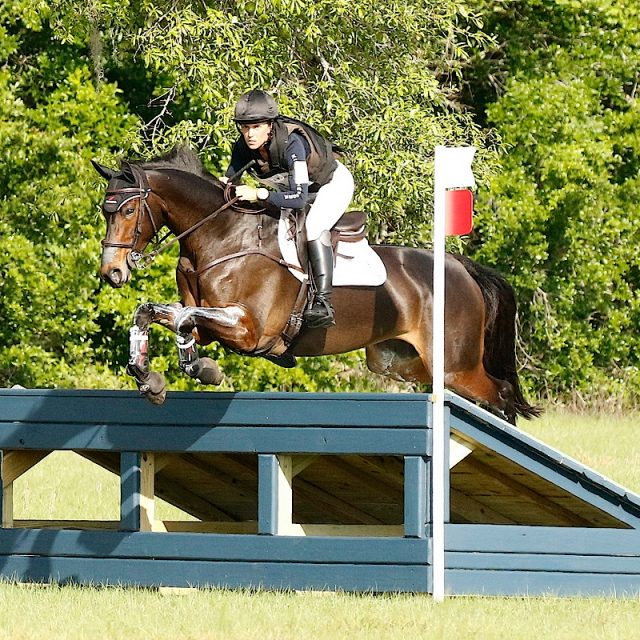 Dana Cooke and FE Whole Lotta Rosie hold third after the first two phases. Kingfisher Park’s 8-year-old Württemberger earned a 28 on the flat and had a double clear cross country. 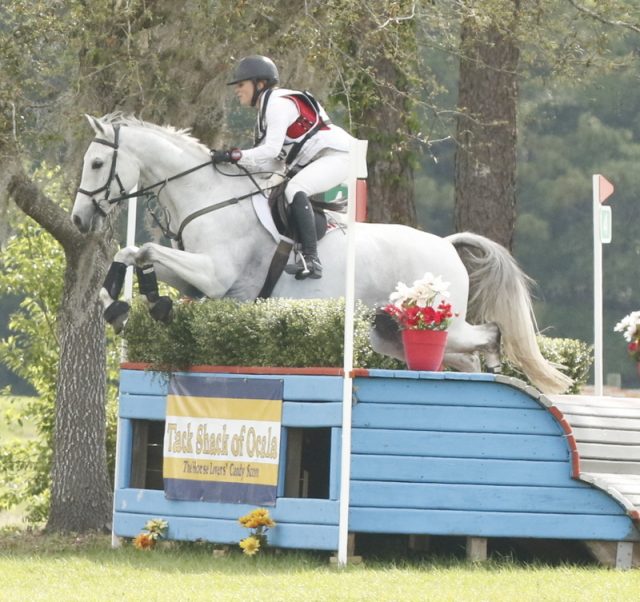 Winners at the CCI3*-S at Red Hills earlier this spring, Jessica Phoenix and Bentley’s Best also had a faultless cross country day for fourth place (29.2). 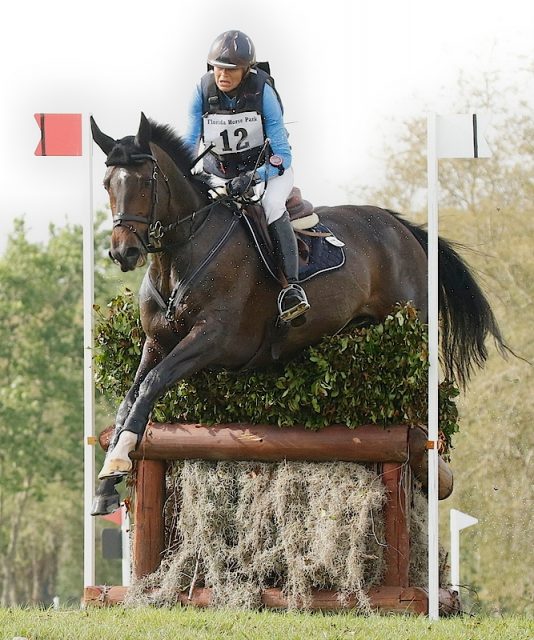 Lesley Grant-Law and Lady Chatterley round out the top five. The 8-year-old Holsteiner (Connor 48 x Jucy, by Mytens xx) owned by Lesley and Jacky & Steve Brown, picked up just 1.6 time penalties for a two-day score of 30.1. 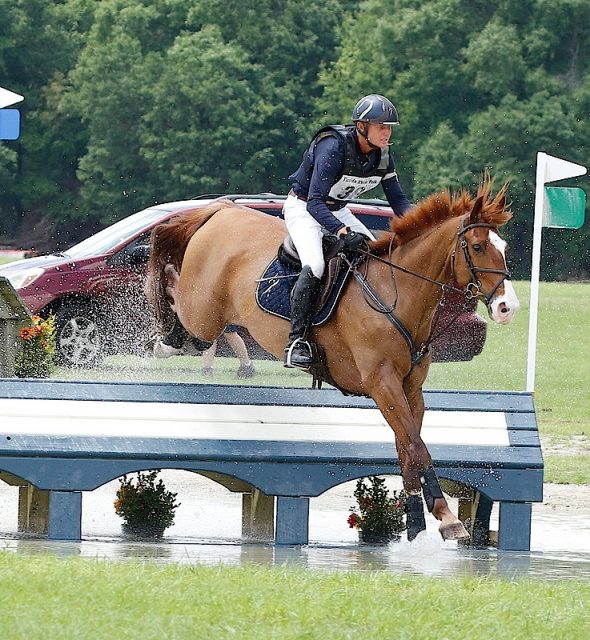 Leslie Law heads up the CCI2*-L aboard Bandit Boy de Ligny. The 8-year-old Anglo-Arabian (Tinka’s Boy x Girouette de Ligny, by Rif du Crocq) was formerly a show jumper for French rider Charles Henri Ferme. Now owned by Tre’ Brook, he’s made his way from Novice to the CCI2* level in the last year. This weekend he leads the class on a fault-free score fo 27.6. 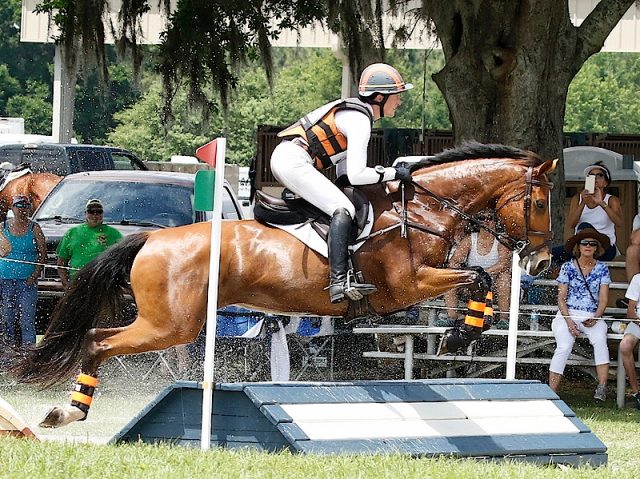 Lauren Kieffer and Get Gaudi. Photo by Lisa Madren.

Lauren Kieffer piloted Get Gaudi, an 8-year-old KWPN (Alicante HBC x Second Floor, by Faram) owned by Jacqueline Mars, into second place. She sits behind Law by the narrowest of margins with her score being a 27.7. 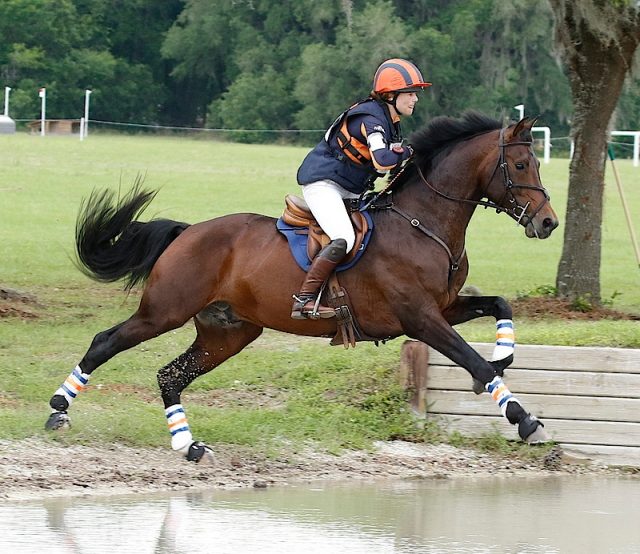 Third place after cross country belongs to Bethany Hutchins-Kristen and Geluk HVF. The 8-year-old KWPN, who is owned by the rider and Marian Hutchins, keeps this race tight with a current score of 28.

Don’t forget! You can watch the final day of competition thanks to EQTV Network right here on EN.

All of these fabulous photos are courtesy of Lisa Madren. 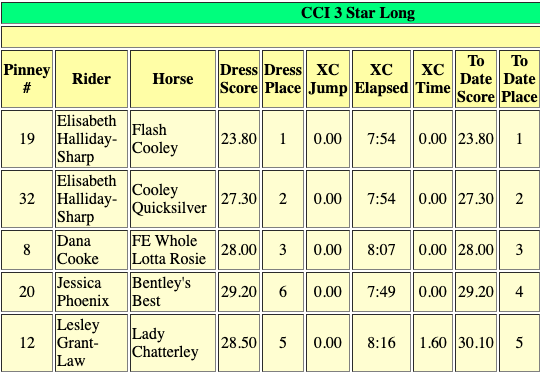 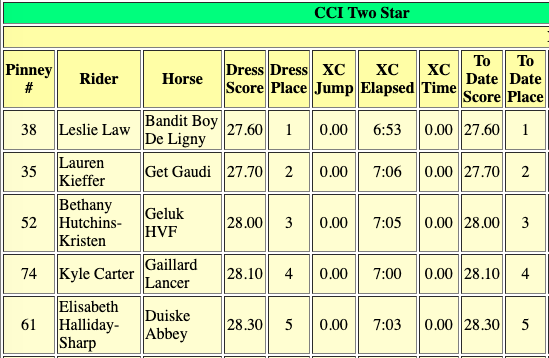