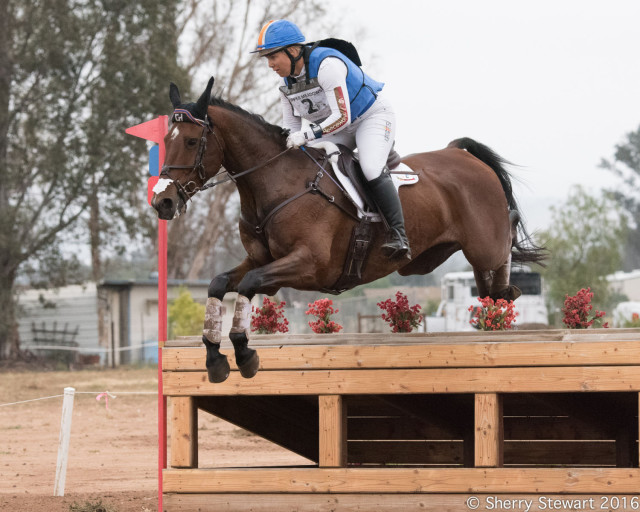 It was a beautiful weekend at Copper Meadows with a more moderate weather pattern at play in southern California known as “June gloom”. It can mean more rain, but generally just means more cloud cover and intermittent fog. I call that eventing weather. Most importantly, neither rain nor heat played a factor in the competition this weekend.

Time, however, played a pivotal role in the top division in Ramona this weekend, shuffling riders up and down the leaderboard with an optimum time none of the riders could match. Those closest to the time were able to capitalize, and Heather Morris and Team Express Eventing’s Charlie Tango popped up from second after the first two phases to take the win. As winners of the 2016 Connaught Grant from the USEA, it’s an especially heartening and meaningful win in Charlie’s promising career.

This was the first major victory this year for Heather and Charlie, and also the Irish Sport Horse gelding’s debut at the CIC three-star level. They were in second following dressage and a clean show jumping round allowed the pair to move into a lead, a position they retained with just 5.2 time penalties on cross country. 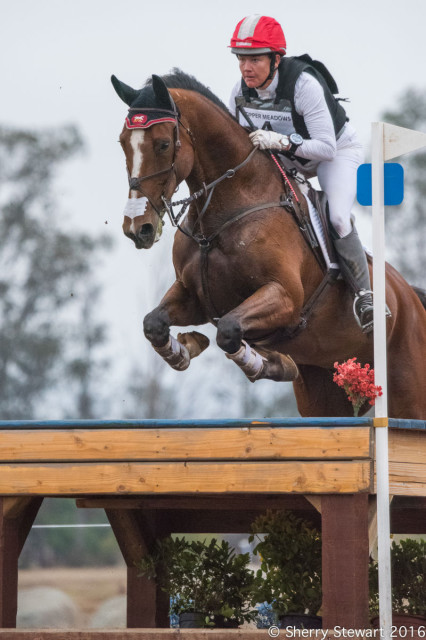 Tamie Smith and Peggy Moore’s Lagos Star clinched second on a final score of 59.7, having only one rail down in the show jumping and after they too added just 5.2 time penalties from cross country.

Frankie Thierot Stutes and The Chatwin Group’s Chatwin was first after dressage on 42.0,  in what was Chatwin’s CIC3* debut. Frankie and Chatwin had a very careful and tidy show jumping round, but picked up some time penalties there to drop to second. Adding just 9.2 time penalties in cross country allowed the pair to take third in their first very successful three-star weekend together.

‘Also worth noting, Heather Morris was also EN stat maven Maggie Deatrick’s pick to win the event! Our congratulations to Heather on a well-deserved victory.

Bonner Carpenter and her own Basco put out a fabulous first phase that would have made a dressage queen jealous, and they managed to increase their lead in the two-star with a clear show jumping round and one of the fastest cross country times of the day with just 4 time penalties. They ended with a final score of 49.9. Bonner and her 10-year-old dutch warmblood have been together three years and continue to thrive at the upper levels.

Laura Burnell and her own Counterpoint clinched second in the division with the closest to optimum time in the division, adding just 3.6 penalties to their dressage score, and ending the weekend with a score of 64.8.

Asia Vedder and her own Gaelic Wealth rounded out the top three with a single rail in show jumping and adding 16.4 time penalties on the recently updated Copper Meadows course.

Bonner Carpenter also claimed victory in the one-star division aboard her own Get Busy. The pair were in second going into show jumping, where the division saw a lot of rails coming down and playing a huge factor in reshuffling the board. Bonner and Get Busy managed to work their way through the standards with just 4 jumping faults, and ultimately a double clear cross country ensured their victory. 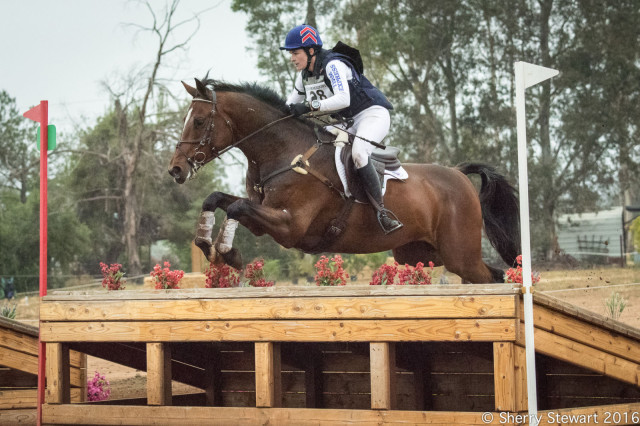 Tamie Smith and Marjorie Malloy’s She Won the West also added just one rail to their dressage score and no cross-country penalties to take home the red.

In the biggest shift in the division, Maddy Mazzola and Cooley on the Rocks were able to jump their way from sixth place after dressage to third by earning the only double clear rounds in both phases in the one-star. This is the Irish Sport Horse’s debut at the one-star level.

In the Open Preliminary division, Hawley Bennett-Awad won the division with her new mount JollyBo. The mare has been with Hawley less than a week, which is a very promising sign of things to come. 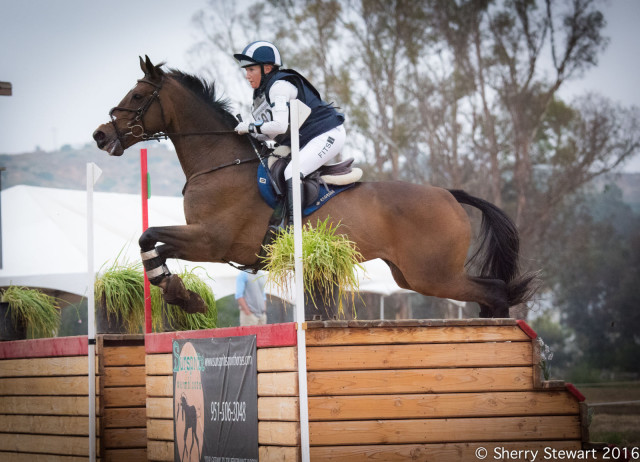