Team Switzerland are proving to be ‘the ones to watch’, in this year’s FEI Eventing Nations Cup™, after winning both their appearances in the Series. On both occasions the Swiss riders have won both team and individual prizes in the CCIO4*-NC-S. After winning the opening leg in Pratoni (ITA) back in May, this time they delighted their home crowd in Avenches. This promising quartet – three of whom competed in Pratoni, all showed strong two-phase jumping performances, to finish on a score of 127.7.

Just as they had in Pratoni, France had to settle for second spot in Avenches – this time scoring 134.9. There were just four teams competing in this fourth leg of the Nations Cup, and after a disappointing team performance on the cross-country, Germany lagged behind on 216.1 and Italy on 256.4.

A superb double clear in the cross-country and Jumping phases was achieved by Robin Godel, who rode the fastest cross-country clear of the day, adding just 0.4 of a time penalty to his good dressage score. This meant the 23 year old rider, was also a deserving individual winner of the CCIO4*-NC-S. He was also crowned the winner of the Swiss National Championships. Fittingly, he was riding the Swiss-bred horse, Grandeur de Lully CH. The ever-consistent pair climbed from fourth place after the dressage to first after the cross-country.

Also contributing significantly to the team victory and proving that age is irrelevant to eventing success, were 20 year old Nadja Minder and 52 year old Patrik Rüegg, who said “the atmosphere is very special. There were a lot of people on the cross-country. I am proud of our performance today”.

Making up the quartet was 38 year old Mélody Johner who rode her Tokyo Olympic team horse Toubleu de Rueire, to finish fourth individually. She has been riding ‘Toubleu’ since 2020 and describes the 15 year old Selle-Francais gelding as “a very generous and experienced horse”. Johner hopes good results here will put the pair in contention for the FEI Eventing World Championships which will be held in Pratoni from 15-18 September. “I am moved and happy. The cross-country was quite technical. The requirements we have set ourselves up to have now been met. Now we have to continue working”, she said.

The French team led after the dressage phase but lost their edge over the Swiss in the cross-country phase on the basis of time faults. World-renowned course designer, Mike Etherington-Smith built a strong cross-country test which made the most of the natural features and topography, with no riders making the time and only 19 riders out of a total of 36 jumping clear.

The event took place at the Institut Equestre National d’Avenches (IENA) – also the site for last year’s FEI Eventing European Championships as well as the FEI European Pony Championships for Dressage, Eventing and Jumping in 2008. It is on the outskirts of Avenches, the former capital of Roman Helvetia, and is considered one of the most beautiful villages in Switzerland.

The overall result means that Italy, who have attended all four legs of the Series are now leading on 245 points, whilst Sweden are in second on 220. Switzerland who have now won both of their appearances are on 200 points which puts them in third place at this early stage of the Nations Cup Series. Le Pin au Haras (FRA) will host the fifth leg which runs from 11-14 August. 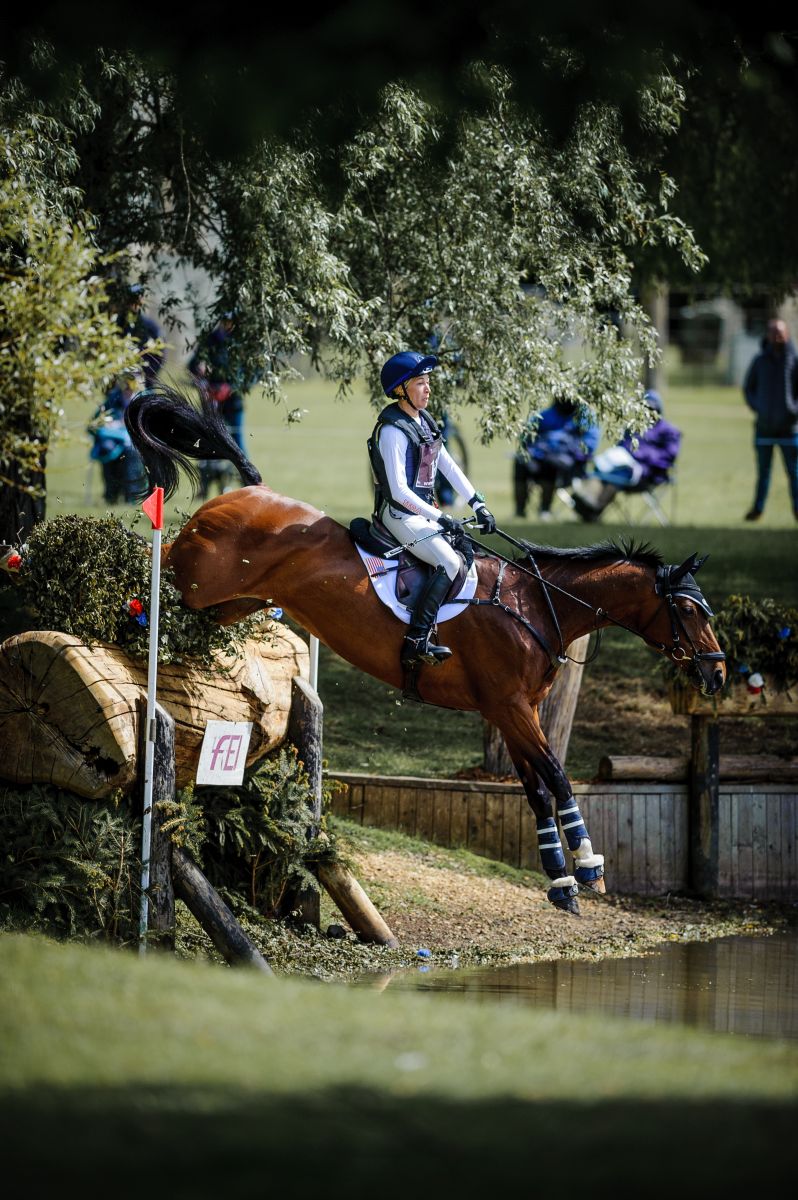 We also had a United States rider represented in the top 10 at Avenches this past weekend. Cornelia Dorr and her Oldenburg mare Daytona Beach 8 finished in 9th place in the CCIO4*.

Since January, Dorr has been based in the UK with McNab Eventing, using the time abroad as an opportunity to further her education. Dorr recognizes that the time away has been good for her and her horses, noting “I think we were just a little stuck in a rut together at home… Kevin [McNab] has been really great helping me with her.”

Originally aiming for Kilguilkey House’s 4*-S in Ireland, a cancellation of the event due to weather led Dorr to enter Avenches instead. Despite the change in plans, Dorr’s homework with Daytona shone through. “She just has a lot of anxiety and adrenaline and she hasn’t had an outlet for it in the dressage… This weekend at Avenches, [Daytona] put in a really quiet test for her, and I think it’s because Kevin’s helping me learn how to test ride. So I have different tactics in the ring now.”

Adding 10.8 time penalties on cross country and picking up two rails in the show jumping to add to her dressage score, Dorr and Daytona have utilized their time abroad to buckle down on homework to deliver results. Looking forward to the upcoming months, there are some exciting plans on the horizon for this U.S. pair.

Gillian Warner contributed to this report.