Ever since we got word that #supergroom Courtney Carson would be taking the reins on Doug Payne’s Tokyo and 5* partner, Vandiver, after the 17-year-old Trakehner gelding’s retirement this spring, we’ve been eagerly awaiting this very weekend. 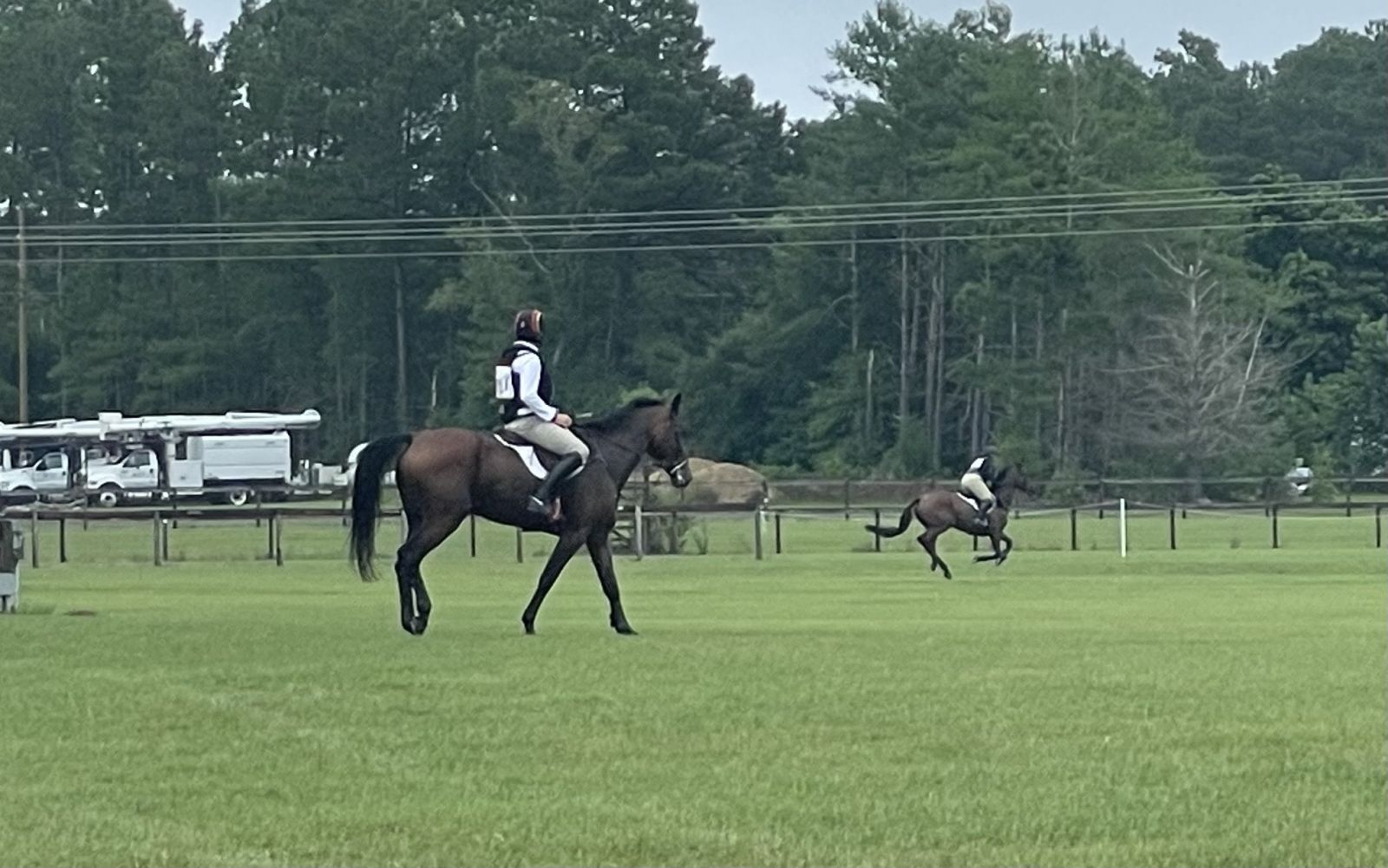 Courtney and “Quinn” made their first trip out of the start box together in the Modified division at the War Horse Event Series July leg at Carolina Horse Park — and they even won the boss-vs-groom showdown in the division as a bonus.

Courtney, who competed through the former 1* level before she began working for Doug and Jess Payne, had mostly hung up her riding boots — save the all-important fitness and conditioning work she puts on Doug’s horses — to focus on caring for the competition horses. But it has always been at the top of her list to leave the start box on Vandiver, whom she has cared for nearly since the beginning of his time with Doug, just one time. 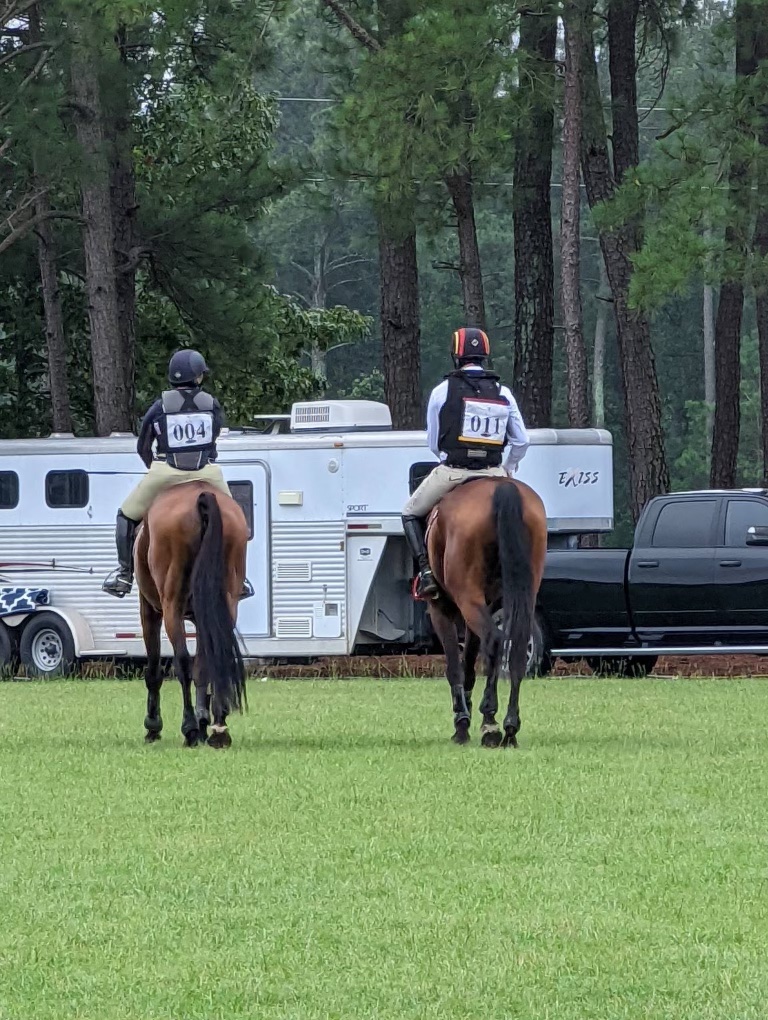 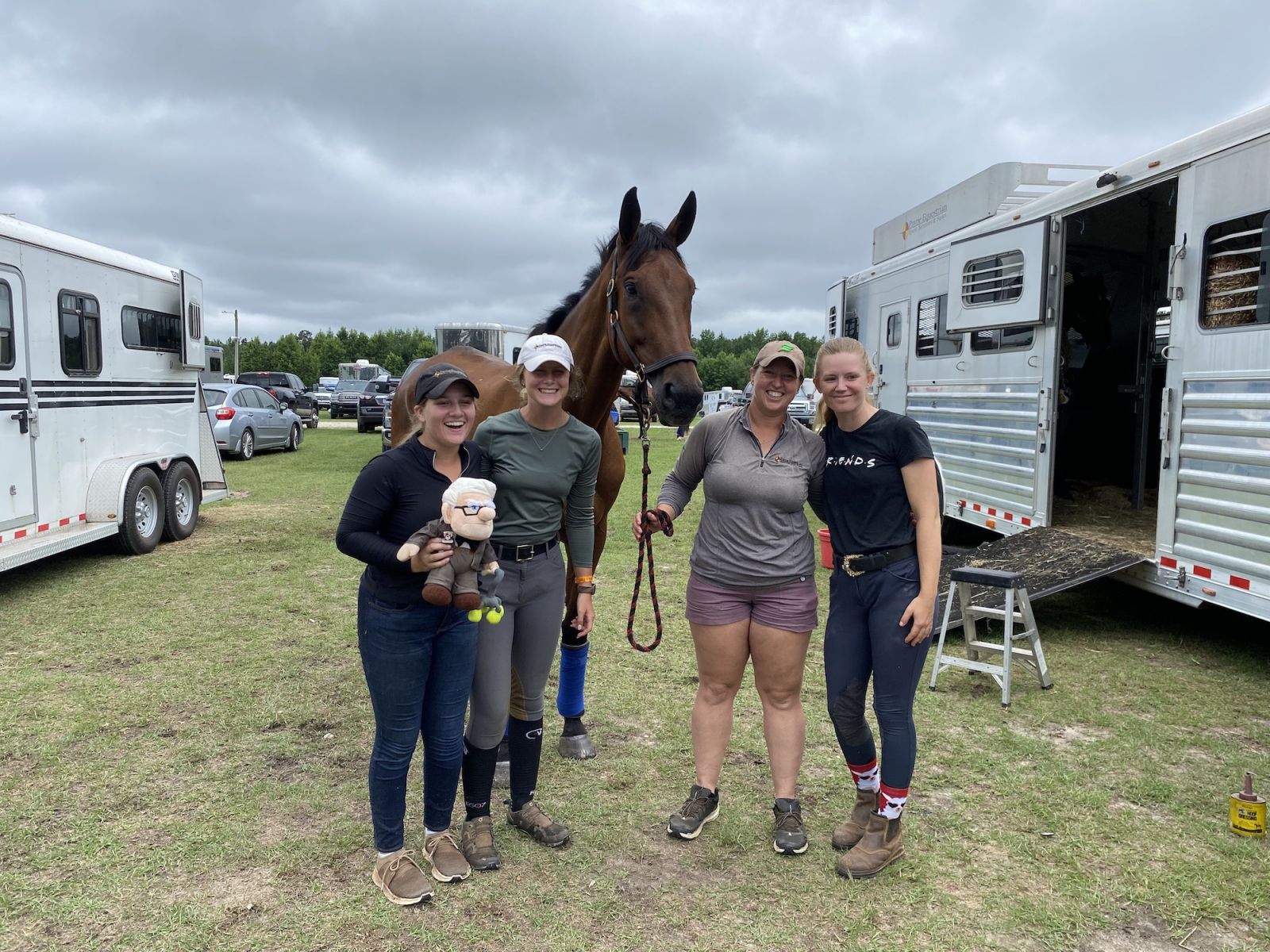 It would wind up being a big piece of cake for Courtney, who ticked up the leaderboard after sitting seventh after the first phase and eventually finished the weekend in fourth place on their dressage score of 29. Meanwhile, bossman Doug also competed in the Modified with Wendy Luce’s Cadillac Ranch, but we’re sorry to say he was just no match for Courtney and Vandiver, finishing just behind them in fifth. Better luck next time, Doug.

The next stop for Vandiver will be owner and breeder Debi and John Crowley’s farm in Huntsville, Alabama, where Debi is looking forward to enjoying taking the ride on the horse she’s watched from his first steps all the way to the Olympic stage. And we certainly can’t wait to follow along!