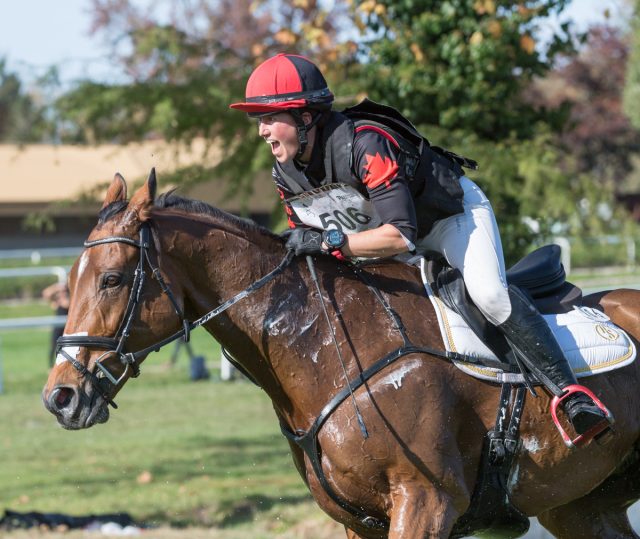 Holly Jacks-Smither says she’s the happiest she’s been in years right now, and she has many reasons to feel that way. She’s fresh off of a gutsy performance in the Les Etoiles de Pau CCI5*-L, where she ended her weekend in 12th place among some of the top riders in the world aboard her off-track Thoroughbred, More Inspiration. She has a thriving business and a healthy support system in her friends and family back home in Canada. She has a handful of up-and-coming horses waiting to step up in the coming seasons.

But for Holly, perhaps the biggest harbinger of happiness this year has been her decision to ride for no one else, but herself.

Holly and More Inspiration’s roundabout path to Pau began two years ago, when the pair earned their qualification and set about making plans to head to France. Why Pau? I asked her. “(More Inspiration) is a really good technical, twisty horse,” Holly explained. “He’s always done well at Red Hills, for example. I just thought the track at Pau would really suit him.”

The flywheel was set in motion, and all systems were go for Holly and “Morris” to make the trip in 2017. But then, two days before Holly was set to take off, her father, Terry, suffered a stroke. Not wanting to be anywhere but by his side, Holly’s French plans were put on hold.

The following year, Morris was sidelined with a minor injury and would once again miss the fall five-star. Then in 2019, the stars seemed to be lining up once more, and Holly would finally get her shot. 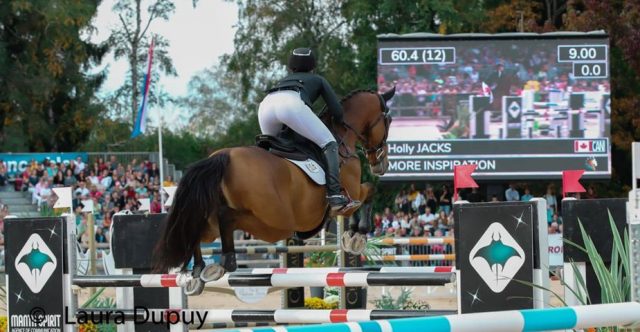 “It’s just been one of those situations where things just kept falling into place, even though there were some hoops to jump through,” Holly said of the last few months leading up to Pau. “Morris didn’t go to Kentucky this year but he ran two four-star shorts and felt amazing. Jessica Roberts put on this huge fundraiser for the trip and paid for half of my trip. It was pretty incredible how it just kept moving forward.”

It was no coincidence that Holly says she feels the best she’s ever felt and the most confident in her riding. What’s changed? I asked her. Holly talks freely, as if she can feel the weight that’s been lifted from her shoulders. Taking the pressure off of herself and, more importantly, off her horses has made a world of a difference. It’s liberating, she tells me, to feel that she is a thousand percent riding only for herself and not under pressure to make a team.

Of course, it hasn’t always been this way for Holly who like any hungry and talented rider believed that making a championship team for Canada would mean she’d finally “made it”. But this is no longer the case. Holly is a proud Canadian who is honored to represent her country — but not at the expense of her sanity and her horses’ wellbeing.

“We see a lot of people chasing teams,” Holly explained. “Myself included. It’s made me made poor decisions and it’s made me distracted. I have a really nice young horse that I was trying to chase the Pan Ams with last year, and I made some decisions that I’m not proud of under the pressure — and at the end of the day, we still weren’t on the team.”

Holly understands the complexities of the team selection process and the difficult job that selectors have on their hands. But when she took a step back, she realized that her burning desire to be on a team was making her lose sight of the horsemanship that’s required to bring a horse along at any level. That, she says, was an eye-opener for her.

“I feel like I’m in a better place now that I’ve said my goal might not be the Olympics,” she said. “My horses owe me nothing, and I need experience at the five-star level, but they’re only going to do what they need to do. It’s like a weight was lifted off my shoulders.”

This shifting of priorities has made Holly unendingly grateful for the opportunity to go to Pau, this time on her own terms, on her own making. “I’m a big believer in making the best out of what you have,” she said. “A lot of people said Morris wouldn’t go Advanced, but now here he is. I get a lot of students who don’t have the money to go out and buy a nice horse, and I want them to see that it’s still possible.” 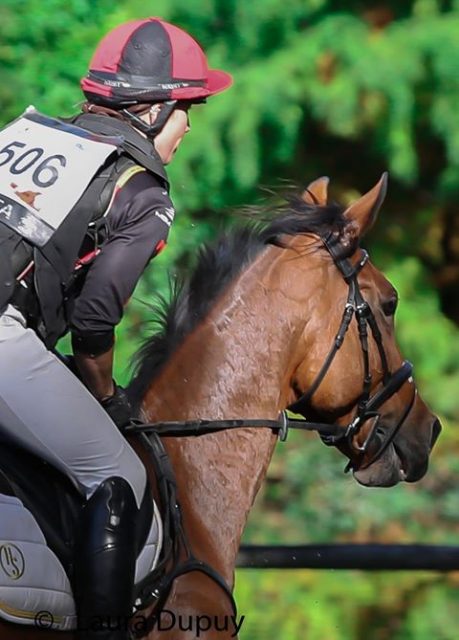 The outpouring of support from her community still leaves Holly a bit speechless. She tells me the story of her fellow riders handing her small amounts of money at shows or of a parent supporting her trip because Holly had walked cross country with her daughter years ago. Little gestures of support, all because of the impact Holly leaves on those around her.

“I’ve never been one of the ‘cool kids’ or really played the game,” Holly continued. “I’ve done my best to stay true to myself, and a lot of time it kicks me but sometimes when it really mattered, people have stepped up and helped me.”

Holly’s uncertain as to her plans for the upcoming seasons — she’s adamant that her horses will never do more than necessary and that she’s no longer going into the pressure cooker in the name of making a team. For her, it’s no longer the end all, be all, and she wants others to understand that there are other defining factors of success.

“I’ve always wanted to do the best by my horses,” she said. “Riding with (coach Buck Davidson) has made me realize that by taking the pressure off my horse, it allows us to work together in a better way. I just want others to see that being in a good personal place can have such a positive effect on your riding.”