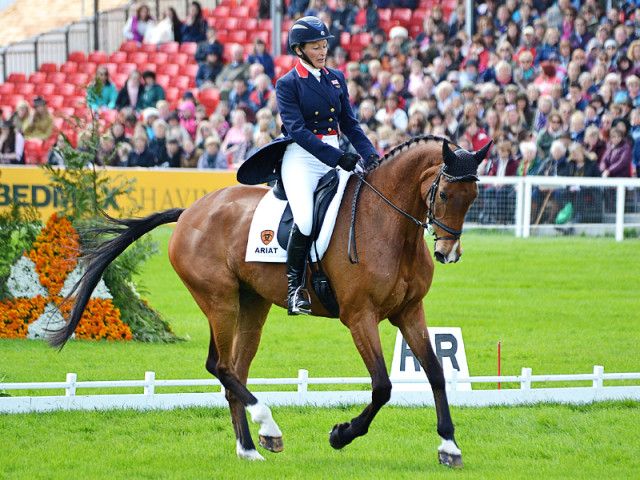 We reported earlier this month that Mary King had received her second yellow card in a year for “dangerous riding,” resulting in a two-month suspension that is active until August. The second yellow card was handed down in the latest list of FEI warnings after Mary retired MHS King Joules on course at Bramham after not feeling it was either of their day.

The FEI said that Mary was riding dangerously, as she had broken a frangible pin in the CCI3* prior to retiring. According to Horse & Hound, more than 8,000 people have signed an online petition to overturn the ban, but the FEI has thus far stood by its decision.

Horse & Hound has released images of Mary King’s near-miss at Bramham with MHS King Joules. One of the big takeaways I got from this sequence is that the girl certainly knows how to sit back. What do you think, EN?