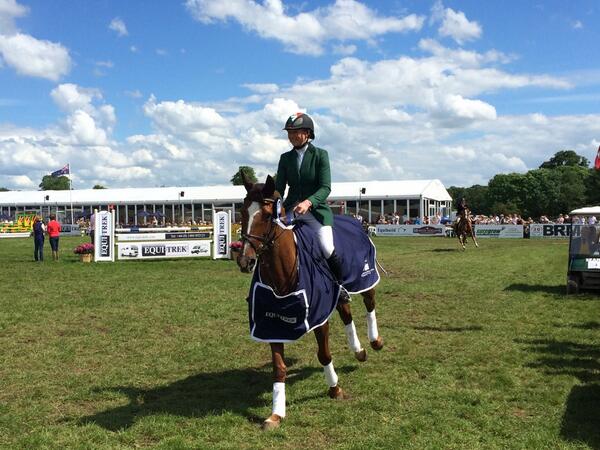 Some horses are born with talent oozing from their pores, and Fenya’s Elegance seemed destined from the top at the outset. Bred by PJ Hegarty, who had performance in mind when he paired Ricardo Z with his mare Fenya, the 10-year-old mare has taken Europe by storm with Aoife Clark in the irons.

“We bred (Fenya’s Elegance) and her dam as well, and (Fenya) was a very good show jumper and ridden hunter. She was Dublin Champion Hunter Mare as a four and five year old,” PJ said. “Fenya is a very fine quality mare; she’s 17 hands and is a Premier and Elite group mare as determined by Irish Horse Sport. (Fenya’s Elegance) was her first foal, and she competed in the ridden hunter classes, where she won Dublin Champion Hunter Mare as a four-year-old, making it the first time mother and daughter had won the award.”

While competing in hunter classes, Fenya’s Elegance also got a taste of eventing, competing in Future Event and Young Event Horse classes as well, also notching several accolades. As a five-year-old, the mare competed in 1.20m show jumping classes. “I believe she could have equally been a good show hunter or show jumper, but my preference is eventing,” PJ said of his decision to focus on eventing the talented mare exclusively.

Fenya’s Elegance continued to move up through the FEI levels, competing under Joseph Murphy and Brian Morrison before Aofie Clark took over the ride in 2013. “(PJ) approached me and said that he really wanted the mare to step up to the Advanced level, having competing at two-star with Brian Morrison,” Aoife said. “He wanted her to go to England for more competition opportunities, but wanted her to stay with an Irish rider.” 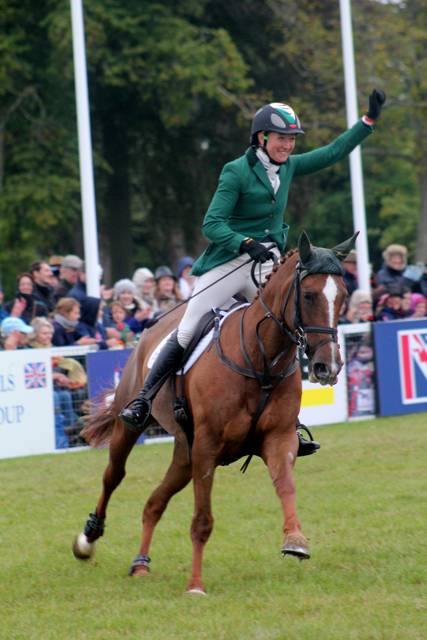 Aoife and Ellie at Blenheim. Photo by Samantha Clark.

“The first time I jumped her, I could not believe the power. I’m always trying to harness it; she has such enthusiasm in leaving the ground and it’s pretty unreal. It’s just so powerful – there’s no limit to the scope so I was very impressed.”

Thus, a new partnership was formed and Fenya’s Elegance moved to Aoife’s UK base in the fall of 2013. After competing numerous times together since then, the pair have finished out of the top 10 just five times. “She’s super consistent. Her dressage needed a bit of work to get her up to the Advanced movements, but she was only nine and given that it was so easy for her,” Aoife said. “She is a feisty mare and has her own opinions. I’ve always tended to get on horses who have a bit of a brain and make life difficult at times. My top horse, Master Crusoe, was a lot like that. You have to work with them and not dominate them.”

Most recently, Aoife and Fenya’s Elegance took home the win at Bramham International in the CCI3*, the mare’s second win in as many attempts at the level. Previously, the pair won the CCI3* at Blenheim place, and with the Bramham win they have earned the affectionate nickname of “The Three Star Queens” from proud owner PJ.

“I couldn’t quite believe it,” Aoife said of her Bramham win. “I was speechless when I found out I’d won; people were congratulating me and I thought it was because I’d taken second, which I was already excited about. She was just so good all weekend and really showed her quality. She made it feel really easy cross country, as if she could have gone another three or four minutes. She came home the same horse I set off on. I’d originally entered her at Badminton but decided to do another three-star as she’d only had the one season at Advanced.”

Now, Aoife and “Ellie” have been named to the Irish Eventing squad for the World Equestrian Games, an honor that shows the trust the selectors have in the pair since the mare has yet to complete a four-star.”I’m obviously really thrilled with selection for WEG,” Aoife said. “It will be a step up for the mare, but the way she went around Bramham, and after winning two CCI3*, I have no doubt that she is now ready for four-star. I’m also delighted to have Vaguely North named, and think we have as strong a team as ever heading out to Normandy. I’m really looking forward to it!”

“We’re delighted to be going to Normandy to represent Ireland,” PJ said. “It’s a fantastic achievement for a 10-year-old mare. It’s a big step as it will be her first four-star, but we’re not afraid of it. It’s a big challenge, but she’s a very good cross country horse and she likes to go out and attack. She relishes the challenge of a big course.”

“Ireland is producing some fantastic horses for eventing,” PJ said. “We’ve got a four-year-old full brother to Ellie, and he’s really going to be something. It just goes to show that our breeding program is strong and producing the results we wanted from the start.”

Check out Aoife and Ellie’s winning show jump round from their CCI3* win at Blenheim in 2013: