Sally Spickard recently came up with a list of things we all miss about our barn rat days for Horse Nation, and we couldn't resist sharing it here. Do you have a barn rat memory to share? Post it in the comments! 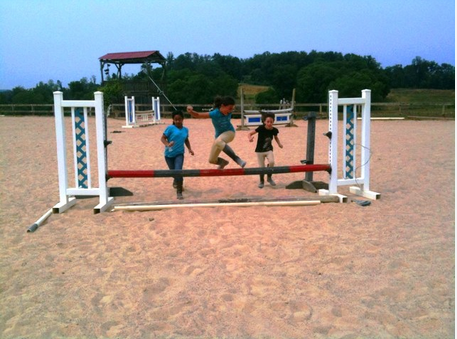 Who didn’t relish their barn rat days? Spending the entire day at the barn with your other barn rat friends, only to sleep for a few hours and do it all over again the next day.

Those were the good old days for sure. Every summer, I spend more than a little time thinking fondly about my days spent at the barn with no responsibilities other than making sure I supervised campers and didn’t get bucked off in my lessons.

We here at Horse Nation compiled a list of our favorite things about being a barn rat. I’m sure we missed a few things, so feel free to add your stories to the comments!

My first job was to be a summer camp counselor at the barn I grew up at. I believe I got paid something in the vicinity of $600 for a solid summer’s worth of work, but to me that was a lottery landslide. I was, for reasons still unknown to me, in charge of teaching lessons to some poor unsuspecting kids — I will never forget teaching a kid how to do the macarena on horseback to teach balance. Genius? I think so. Between the pony painting, the trips to the swimming pool, and the hours spent chasing little kids around the barn, I was wiped out at the end of each day but went to sleep with a smile on my face every night. Hands down, the best job I’ve ever had (next to this one, of course). 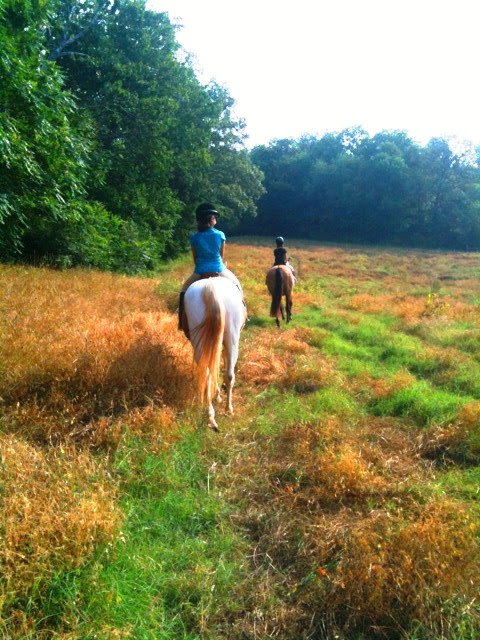 OK, this doesn’t really apply to me. I was a rather timid little kid. I think I hovered in the 2’6 range of fence height for my entire childhood. That said, I know all of you were busy galloping hell-bent for leather across a field with no tack in sight. Or maybe some of you were busy trying to see just how much your saintly pony would put up with while you attempted to do acrobatics from its back or tied a wheelbarrow to some lunge lines to “teach it to drive” — yes, that is a true story from one of our writers! I dare someone to try a stunt we pulled as kids now — I’ll bet you won’t be able to do it now that we grew into these things called a conscience and a low pain tolerance. 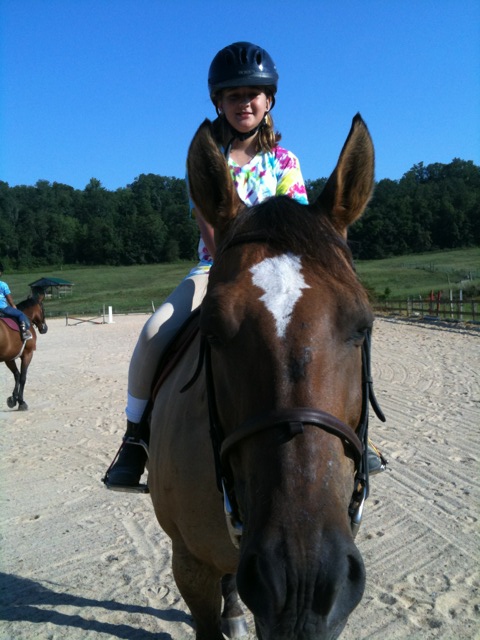 3. Hay didn’t seem to itch back then.

We had a pretty cool hay loft at our barn, which we built a clubhouse of sorts in. Of course, that idea didn’t last long once our barn manager got wind of it, but it was fun while it lasted. But seriously, we came home covered from head to toe in hay and other unmentionable things. Why did we not claw our skin off? I get a few pieces on my shirt now and I practically break out in hives. That said, I do think that so much time spend frolicking in manure built up a pretty good immune system, so I guess I can be thankful for that in my old age. 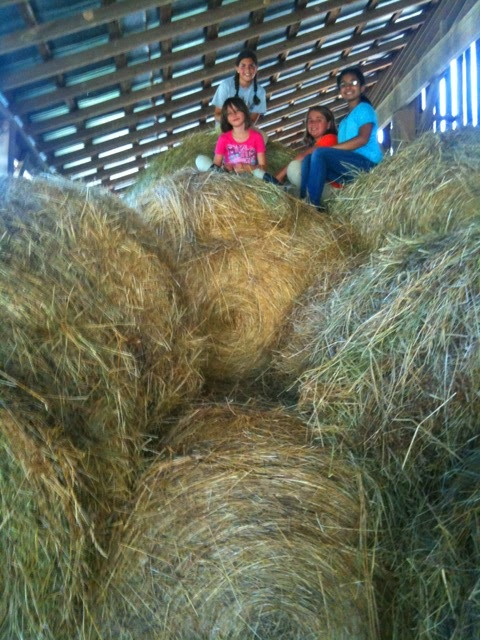 I, for one, was hooked on the Thoroughbred series from day one. How cool must it be to have your named spelled the way Ashleigh’s was? Or to grow up on a Thoroughbred farm? Sign me up. I tried to tell my parents to change my name to Ashleigh once (it didn’t go over very well). I read Saddle Club books too, and always wanted a horse named Riptide because of it. Nowadays, I’m lucky if I get to sit down and read the news, let alone a good horse book.

I hope I’m not the only one who shamelessly participated in a game that was originally designed for campers (i.e. kids under the age of 7) at our barn. I remember one of the grooms at the barn was creepily good at kid jumping. She would literally get on her hands and feet and leap over the jumps like an actual horse. The best I could manage was a half-way decent, uphill canter to get over a measly two-foot vertical. This girl could clear a triple bar oxer, no joke. I tried to kid jump a couple of years ago. Let’s just say my left ankle hasn’t felt right since. 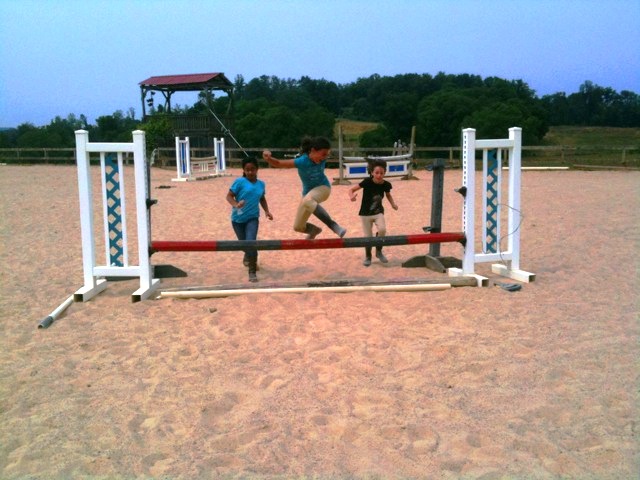 As I write this, I almost feel inclined to send each of my friends’ parents a nice big gift basket as a thanks for putting up with our endless sleepover nights. I can’t even fathom how much pizza was consumed during these sleepovers, or how little sleep the wonderful parents got while we stayed up all night arguing over polo wrap colors or playing Equestriad.

My favorite was a sleepover we had at the barn with our trainer, who told us horse-y ghost stories to keep us riled up all night. She told us the story of a horse who haunted the outdoor arena, and led us out to the arena in the middle of the night — lo and behold, we spotted a white horse figure lurking in the back corner. As we all held onto each other, convinced our lives were about to end via ghost horse, our trainer led over the resident Albino horse (who was being occupied by a big pile of hay in the corner), trying to stay on her feet because she couldn’t stop laughing at us. Well played. I can’t look at an Albino horse the same now. 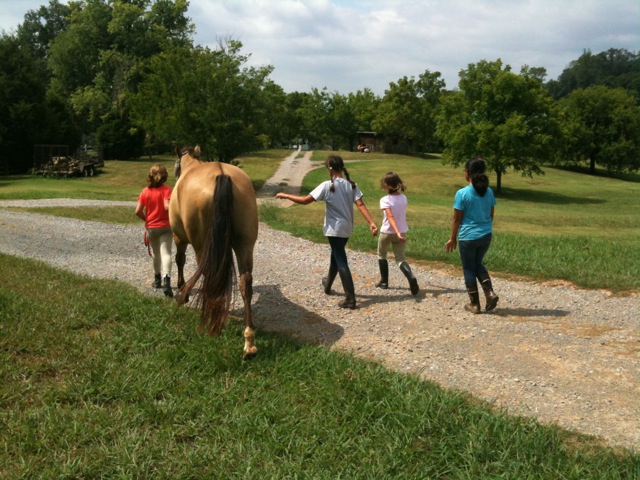 7. Wearing barn clothes in public with no shame.

OK, maybe some of us still feel no shame, but back in those days we flaunted our riding clothes. Want to go to grab some lunch? No problem! Who cares if we get raised eyebrows and dirty looks for infiltrating our barn stink into the Steak n’ Shake? Not us. Need to run to Wal-Mart for some duct tape? No, it’s fine I’ll just go in my dirty paddock boots and slobber covered tank top. Keep staring, America, nothing new to see here.

On a serious note, spending time at the barn is a great character building exercise. I know that we didn’t get away with a thing when it came to shirking our barn responsibilities. We learned how to muck stalls or clean tack quickly so that we could have more time to ride. Your bridle isn’t tied in a figure-eight? Better be prepared to lose your lesson privileges for a week. With fun comes responsibility, and we took ours seriously. 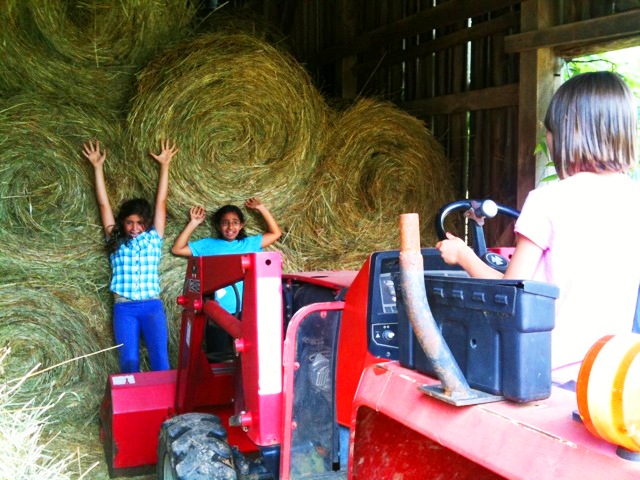 The first time our hunter/jumper trainer taught a lesson at our barn, I was frightened. Her voice carried, to say the least, and I immediately labeled her as a yelling fright of a woman. Once I began taking lessons with her, my opinions quickly changed. The two trainers I was lucky enough to have at this barn were some of the most influential people in my life and my riding. They taught me the most valuable lessons I’ve ever learned on horseback. I was able to lease several great horses who taught me a lifetime’s worth of knowledge. Plus, they were always game for a game of touch down and go or helping us with our little pas de deux that we wanted to create. The horses we were able to ride and the trainers we were privileged to learn under will never be replaced in my mind. 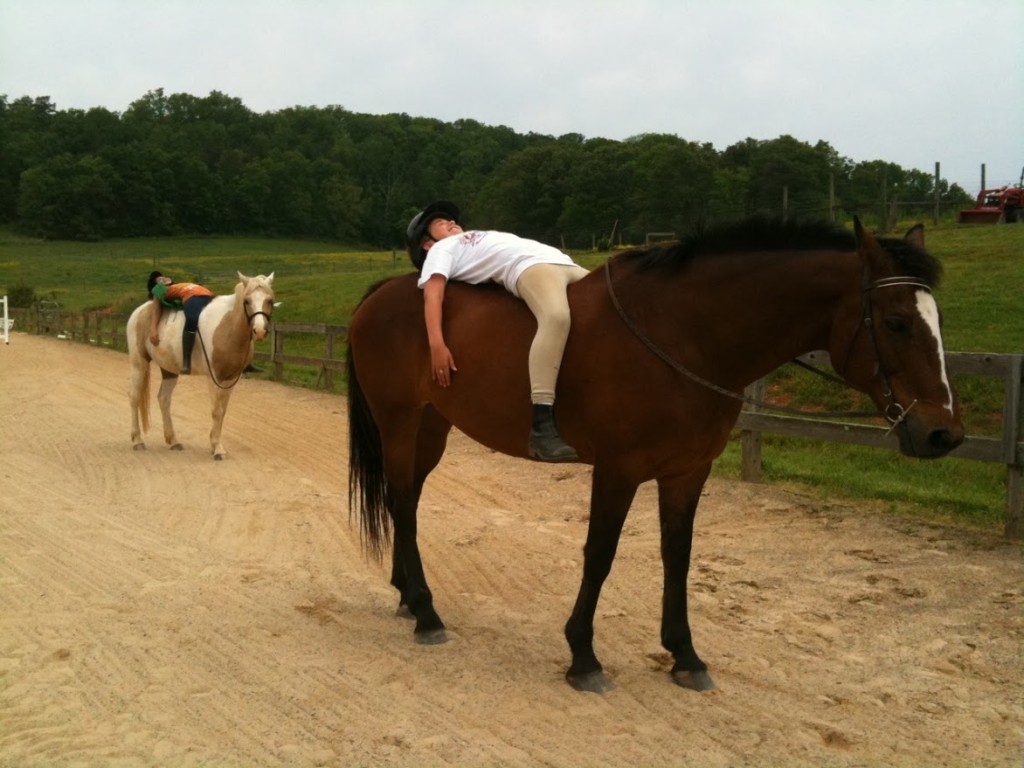 As I wrote this article, I sent a Facebook message to several of the girls I grew up with. We all met as camp counselors and left as best friends. While we have all since gone our separate ways, we still look back on our “barn girl” days with big smiles. I will never forget the laughs, the late nights, the petty arguments, and the friendship that these people gave to me. I may have spent my entire summer pay on Starbucks Frappachinos, but it was all worth it in the end. I would never trade my barn rat days for anything, and I’m sure none of you would either. 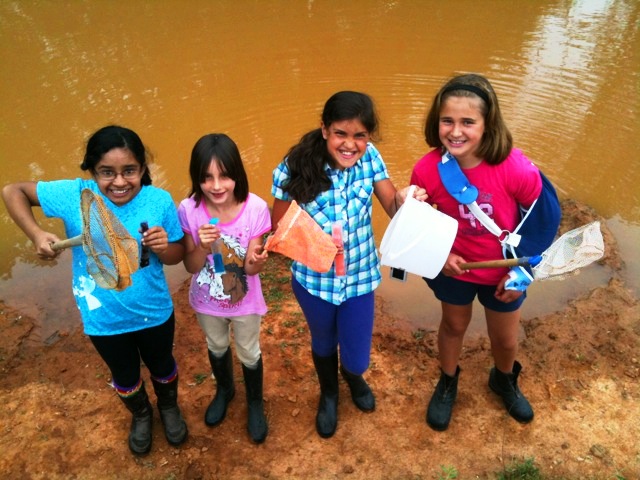 Wylie put it best when she said, “Thanks in no small part to our saintly horses, we made it out alive with a thousand priceless memories as souvenirs.”