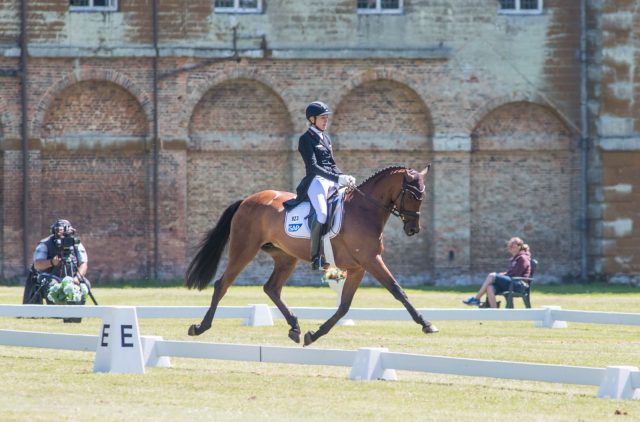 The first Nations Cup CCIO4*-S of the 2019 season is well underway at England’s Saracen Horse Feeds Houghton International Horse Trials, with nine teams fighting for top honours. Despite finishing a very creditable second in last year’s competition, the US hasn’t put forward a team – instead, it’s a pan-European competition.

So why should we be paying extra attention to team events like this one this year? Simple: we’re still in the qualification period for next year’s Olympics, and there are several key countries fighting for the remaining eight team slots. Only Great Britain, France, and Germany are already qualified in our nine-nation field; the rest of the entrants – Belgium, The Netherlands, Sweden, Switzerland, Italy, and Spain are still in the hunt for the golden ticket. The Nations Cup series offers a valuable opportunity to nab it – there will be one team qualification awarded at the finale of the series at Boekelo this October to the highest-placed country not already qualified. Phew. 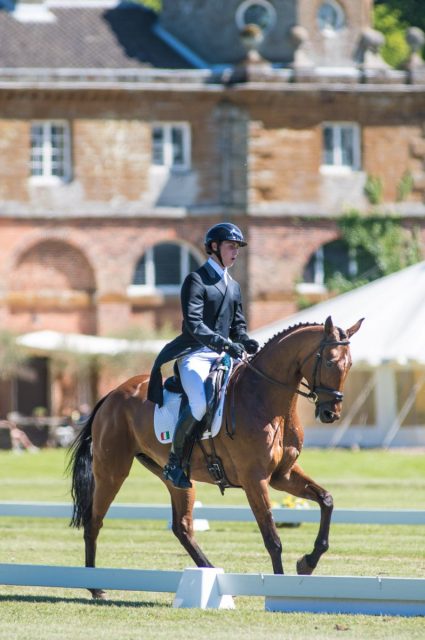 Best-placed on the Italian team is Paolo Torlonia, who rides Miss Fernhill. He sits in 31st place on a score of 32.4. Photo by Tilly Berendt.

With one rider per team left to ride, the German powerhouses currently lead – well, sort of. Three of their four team members have already ridden, and their highest possible score after the end of the first phase will be 78.2. With two team riders holding first and second place provisionally, it’ll be down to the final pair – Felix Etzel and Bandit 436 – to try to better Jerome Robine and Quaddeldou R‘s 30.2. But technically, Germany will start the day in second place; the Netherlands, who field a three-person team and have only seen two of their riders start, currently sit in first on a 66.2. If they want to stay there, final rider Laura Hoogeveen and Wicro Quibus NOP will need to produce a dressage score of … 12. Or better. No pressure, then. 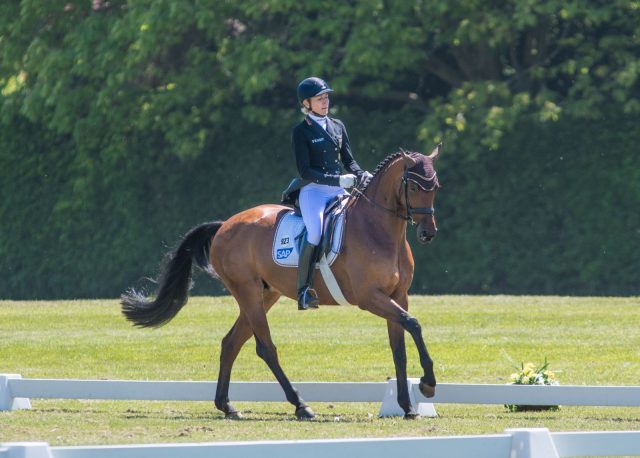 Lest we get too bogged down in team technicalities, though, it’s worth taking another look at our overnight leaders. It should come as no surprise that the Queen of Dressage herself, Ingrid Klimke, tops the standings – but the horse she’s on is a bit of a dark one. Eight-year-old Asha P (Askari 173 x Hera, by Heraldik xx) took the Seven-Year-Old World Championship (CCI3*-L; formerly CCI2*) at Le Lion d’Angers last year, but since then, she’s only contested two CCI3*-S competitions. Houghton marks her four-star debut, but despite her relative inexperience, she displayed the results of Klimke’s sky-high production values, putting a 23.2 on the board to head it overnight. Just behind them on 24.8 is teammate Christoph Wahler, riding Carjatan S, with whom he took an unfortunate tumble in the Event Rider Masters at Chatsworth two weeks ago.

Even if Germany can’t improve upon their provisional team score of 78.2, they’re almost certain to lead after the first phase: they currently enjoy a commanding lead of nearly ten points over their nearest competitor, Sweden. The young home team currently sits in sixth place on 99.5, but their big gun, Badminton winner Piggy French, will come forward tomorrow riding Jennifer Saunders’ exciting Cooley Monsoon. After a final morning of dressage, we’ll be heading straight into showjumping – so stay tuned! 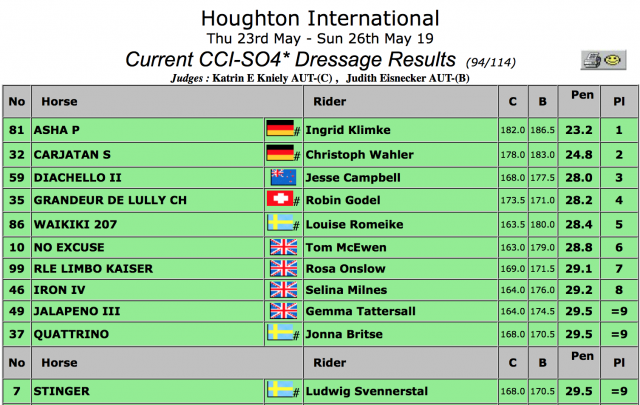 The top ten as we head into the final session of dressage.