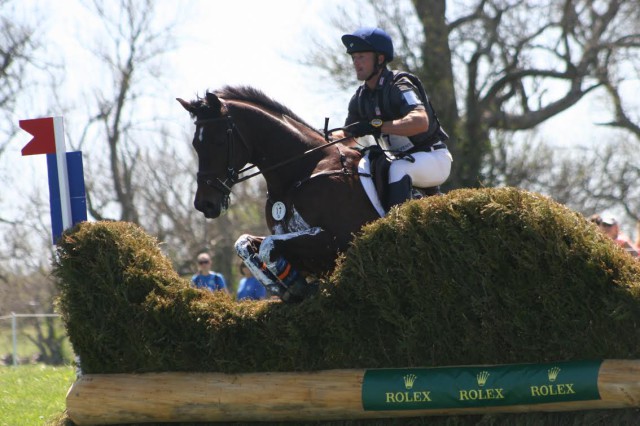 Fourteen off-track Thoroughbreds started the competition and eight of them finished, four in the top 20. Throughout the weekend, nobody was cheering louder for them than our friends at Retired Racehorse Project, who kindly provided us this recap.

After day one of dressage on Thursday, Thoroughbred lovers everywhere were thrilled to see the name Mensa G on top. A 16-year-old son of Belmont Stakes winner Colonial Affair, Mensa G and his rider Michael Pollard had put in the best dressage test of the first 31 pairs, beating out the imported warmbloods that traditionally dominate this portion of eventing. Mensa G, who raced as Merisa G, was all class on the track as well, a winner of five races from 41 starts and earning over $92,000. Here’s To You also put in an excellent test in front of a panel of tough judges to end the day in 7th place.

The second day of dressage saw some big shooters come in, ultimately placing Mensa G in a tie for 4th place and Here’s To You in 15th. The other OTTBs found themselves anywhere from 35th to 57th place after dressage, leaving for a lot of room to be made up in the following day’s cross country portion. And they did not disappoint. The fastest time on the course for the day was Parker and rider James Alliston. The others to run the course double clear were Pirate, Tsunami, Shiraz, Irish Rhythm, Sir Rockstar and Ziggy. These fast and clean rounds set the stage for the Thoroughbred contingent to move up in a big way going into show jumping, and by day’s end, they had taken seven spots in the top 30. 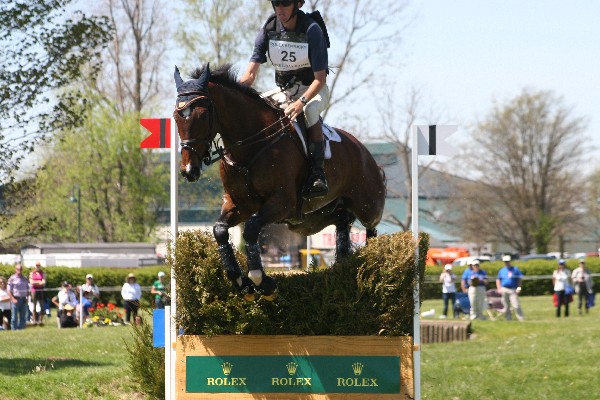 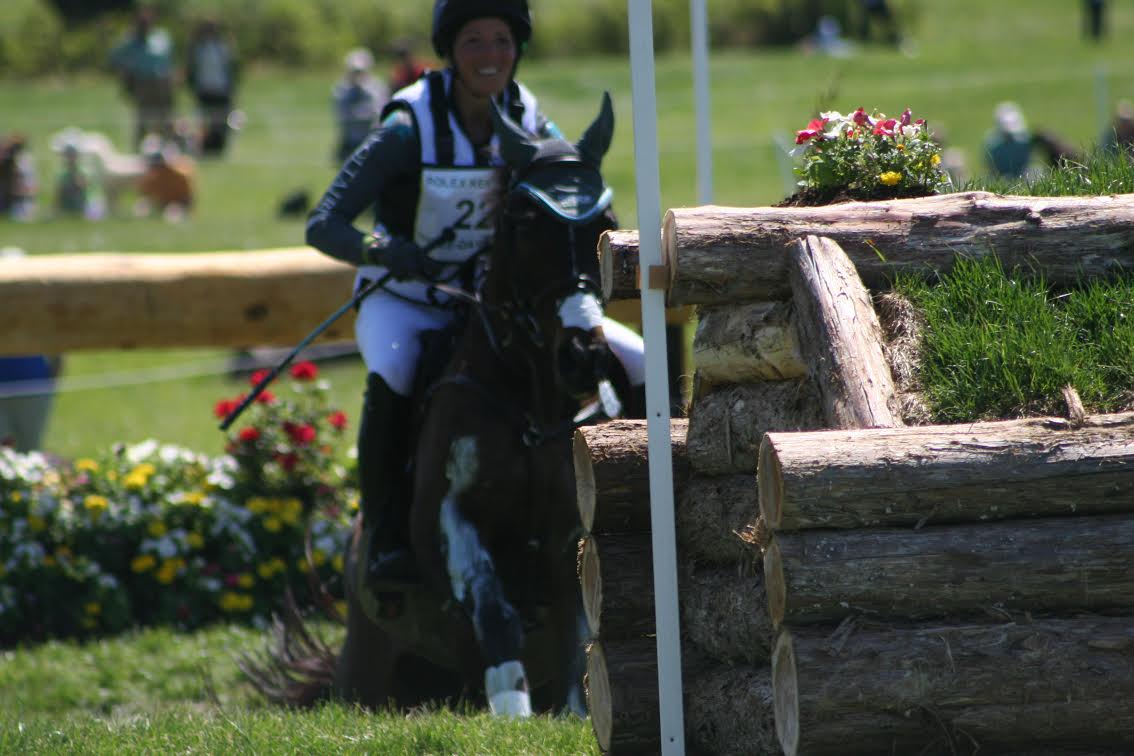 Meghan O’Donoghue smiling after Pirate jumped the ditch at the coffin. Photo by Gretchen Pelham.

Four of the OTTB group did not move on to the third day due to on-course eliminations or withdrawals, including the grand 17-year-old mare Expedience. After suffering a freak accident at the Head of the Lake, she walked onto a trailer and was later diagnosed with a fractured foot. She underwent a successful surgery the following day, and a full recovery is expected.

The final day of show jumping proved to be a nail biter for the 11 remaining Thoroughbreds. The course proved very tough on the horse and rider pairs, and many had a rail down on the first fence. These rails proved costly in a tightly contested round and allowed several horses to improve by huge marks. The only Thoroughbred to make a clean round was Sir Rockstar. That vaulted him from 28th to 19th place.

While the rest all had at least one penalty, like most horses on the day, they still ran clean enough and fast enough to move Pirate and Tsunami into the top 20. Down rails cost Mensa G the top-five spot he held going into the final day, with an eventual finish of 14th. In all, four OTTBs placed in the top 20. A special mention needs to also go out to Thoroughbreds Imidair and Gin and Juice. While neither raced, they are still both pure Thoroughbreds and did a great job representing the breed by taking 7th and 16th places respectively.

The final placings of the 14 off-track Thoroughbreds that competed in this year’s Rolex:

Retired on cross-country — Expedience, Here’s to You

Hats off to them all! A video tribute:

We want to thank each and every member of Team OTTB at Rolex — the horses, the riders, the trainers, the owners, the grooms and all the people that helped these horses find their way from the racetrack the highest achievement possible in their second career. As we say, it “takes an army,” and it is amazing what that army can do when we all work together. Well done!

Many thanks to Retired Racehorse Project, both for the insightful OTTB updates they provided throughout Rolex and for the good work they do each and every day. Check out their brand new website here and keep up with them on Facebook here.