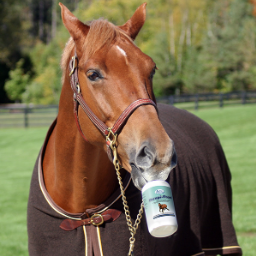 It was nearly as thrilling a finish for the chinchillas calculating the winners for this year’s Omega Alpha Pick ‘Em as it was for fans in the Rolex stadium on Sunday. There was chittering. There was whisker twitching. There was nearly an accidental nipping of John. (They’re quite excitable.)

Many readers correctly divined William Fox Pitt’s first place finish. But only two of you, Ashley Harvey and Lisa Burnett, picked the horse he’d do it on. Most guessed Seacookie. But it was his “tubby,” “cheekier” brother, Bay My Hero who was the champ. The chinchillas, who are also tubby and cheeky, were beside themselves.

Both Ashley and Lisa picked Andrew Nicholson and Avebury to place second. Instead, he went bowling.

In a nail, er, claw-biter of a tie-breaking Pick ‘Em finish, it came down to which reader came closest to guessing the Rolex winner’s score. Ashley predicted 42.5. But Lisa came closer to WFP’s final score of 44 with her guess of 43.5.

Congratulations Lisa Burnett! If you are also able to predict this week’s powerball number, please email us immediately.

Lisa will receive at least $150 worth of Omega Alpha products. The wise team of experts at OA will “pick ‘em” for her. No guessing will be involved, as these folks know what it takes to help your horses perform and feel their best. They’ve been doing it for more than 20 years.

And thanks, Omega Alpha, for helping us thank our readers!