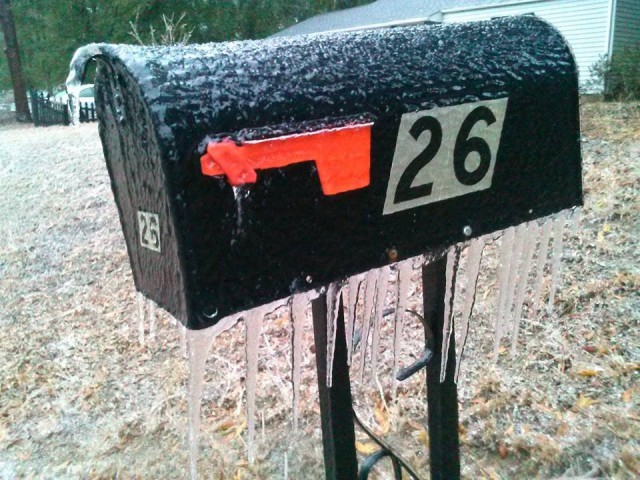 The ice on Dom and Jimmie Schramm’s mailbox in Aiken. Photo via Facebook.

We satirically reported two weeks ago that a couple inches of snow had crippled Aiken, but a particularly nasty ice storm that hit early this morning really has shut down the area. Gov. Nikki Haley has declared a state of emergency in South Carolina, and a winter storm front is expected to bring up to one inch of ice and eight inches of snow to some parts of the state. 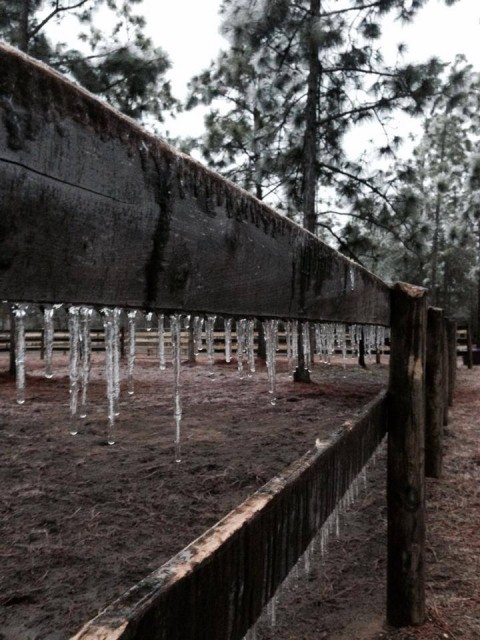 Meteorologists with the National Weather Service told the Aiken Standard that Aiken County will receive about nine-tenths of an inch of freezing rain throughout the day. Much of the area is already without power, and roads are treacherous if not totally impassable, leaving the migrated eventers struggling to care for their horses. 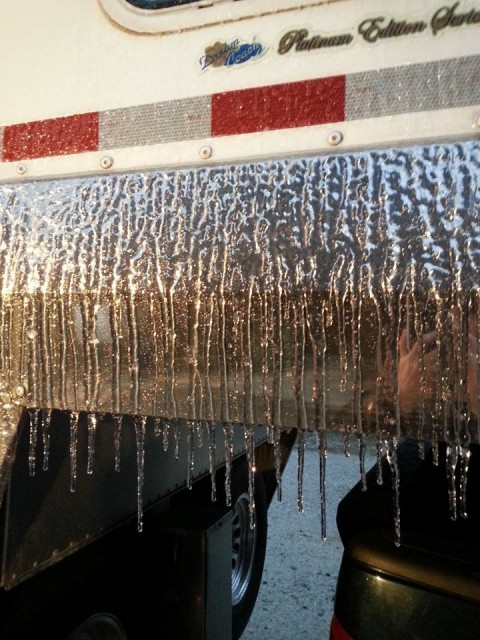 “This is my own version of hell,” EN staffer Ellie Thompson said.

Intrepid EN reporter Kate Samuels told us she had to hack a fallen tree branch apart with her bare hands on Sizemore Road this morning in order to get to the barn. “This ice storm is actually bringing Aiken to its knees,” Kate said. “I just drove to Walmart in 4-wheel drive and almost died. No power at home or at the barn, no water for the horses. May be sleeping in my truck tonight so that I can reach my horses tomorrow morning.” 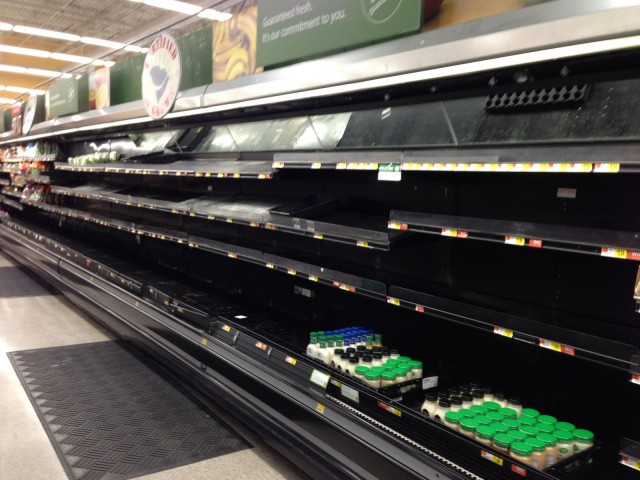 Empty shelves at the Aiken Walmart. Photo via Kate Samuels.

The shelves are literally empty at the local Walmart, Kate reports — a surefire indicator that the world is indeed ending down in Aiken. Thankfully, she was able to purchase jugs of water for the horses, apple cider for the bad drinkers, beer and sprinkle-covered donuts. “There are no more carts available at the front door, and there is only one checkout open,” Kate said. God help us. 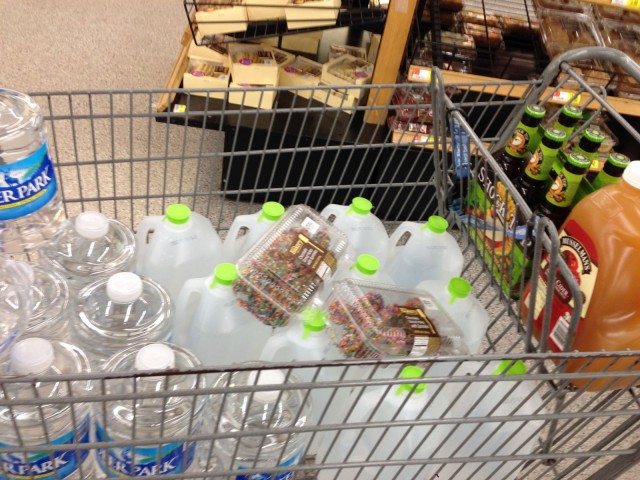 At least there’s still beer and sprinkle donuts at the Walmart. Photo via Kate Samuels.

Other parts of the world aren’t faring much better in what can only be described as a winter from hell. This photo of a Cup Noodles worker shoveling snow in front of the Instant Ramen Museum in Yokohama, Japan, during an unexpected storm has since gone viral. No word on whether any Ramen remains on the shelves of the Aiken Walmart. Stay safe out there, EN! 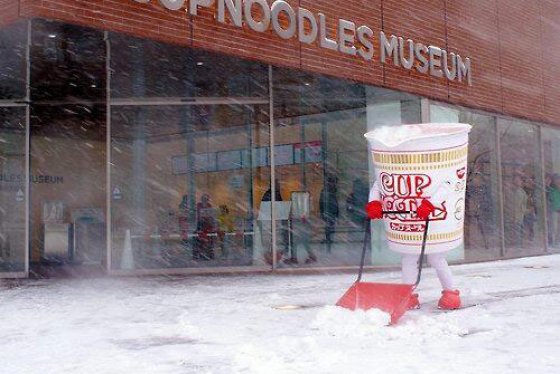