Life as a working student is anything but glamorous, but there are still countless hard-working individuals knocking at the door for the opportunity to work for one of their idols. We've often wondered what it's like to work for riders such as Phillip Dutton and Hawley Bennett, so we are introducing a new series called "Working Student Diaries." Do you or someone you know work for an upper-level rider? If so, tip me at [email protected] 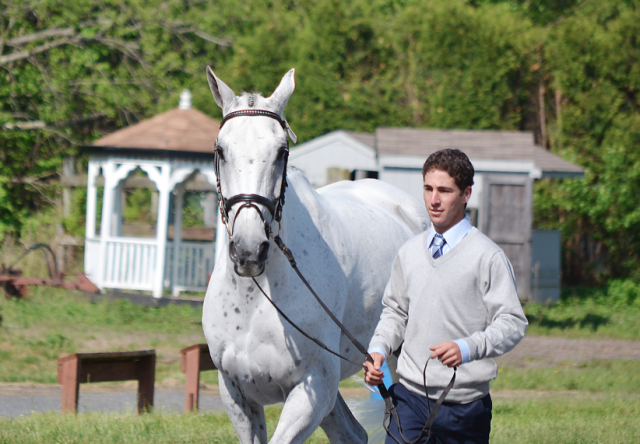 When I asked Zach Brandt what the biggest difference was between West and East Coast eventing, his response came with no hesitation: “It’s freezing!” Zach is a California native who relocated to North Carolina to work for Will Faudree last year. Needless to say, the Polar Vortex is definitely not what Zach had in mind when he moved, but he now has a better appreciation for the temperate weather in California. “The other day it was 40 degrees, and I was mucking stalls in a T-shirt when I knew people at home would have their jackets and gloves on!”

Zach and his striking mare Cavallino Cocktail finished out a strong 2013 season, their first at the three-star level. The pair finished tenth in their CCI3* debut at Jersey Fresh and, after returning home, Zach began entertaining the idea of moving east to experience eventing on the other side of the country. Zach and Will Faudree had made their acquaintance at Jersey Fresh, and after some encouragement from mentors Gina Miles and David O’Connor, Zach packed his bags and made the long trek to North Carolina.

“Will is the ultimate horseman, and he has a sense of humor to match mine, which is important,” Zach said. “There are very few people who are consistently successful in all three phases, and so I felt that Will was the best person to learn from.” 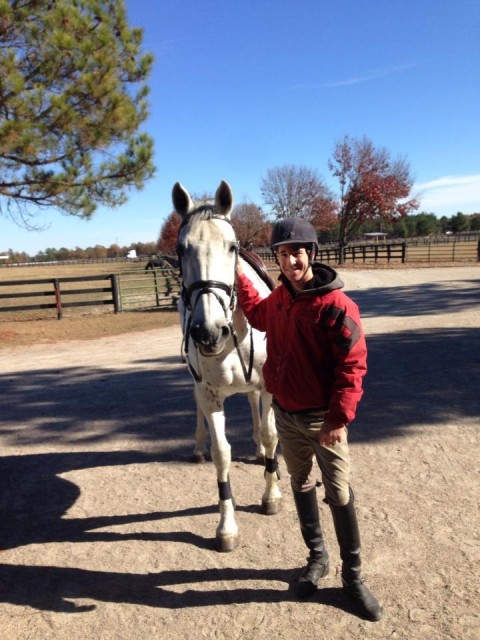 As the story usually goes with horses, even the best laid plans sometimes don’t come to fruition. A mere two weeks after Zach’s arrival at Will’s Gavilan Farm, Cavallino Cocktail suffered a tendon injury. While this put a hold on Zach’s competition plans, he was thankful to be under the watch of such a great horseman while rehabbing his mare. “I’ve never had to rehab a horse before,” Zach said. “Will told me that he’s never had a horse injure the same tendon twice, which put me at ease. We took it really slow and meticulous, and now I feel that she’s stronger than she has ever been.”

While working for Will, Zach has been responsible for much of the horse care. “Everything is very structured here,” Zach said. “No matter what, we make sure that everything gets done.” Along with two other working students and a barn manager, Zach has learned the inner workings of a truly well-oiled machine. “Will’s property lends itself nicely to the size of his operation. With 17 stalls and the same number of paddocks, he’s lucky enough to have individual turnout for each horse. You can really focus a lot on barn management and fitness schedules because there is more time for individualized attention.”

Zach plans to stay on with Will for the foreseeable future and plans to bring his mare back into competition this spring. The pair will continue to compete at the three-star level in hopes of making their Rolex debut in 2015.