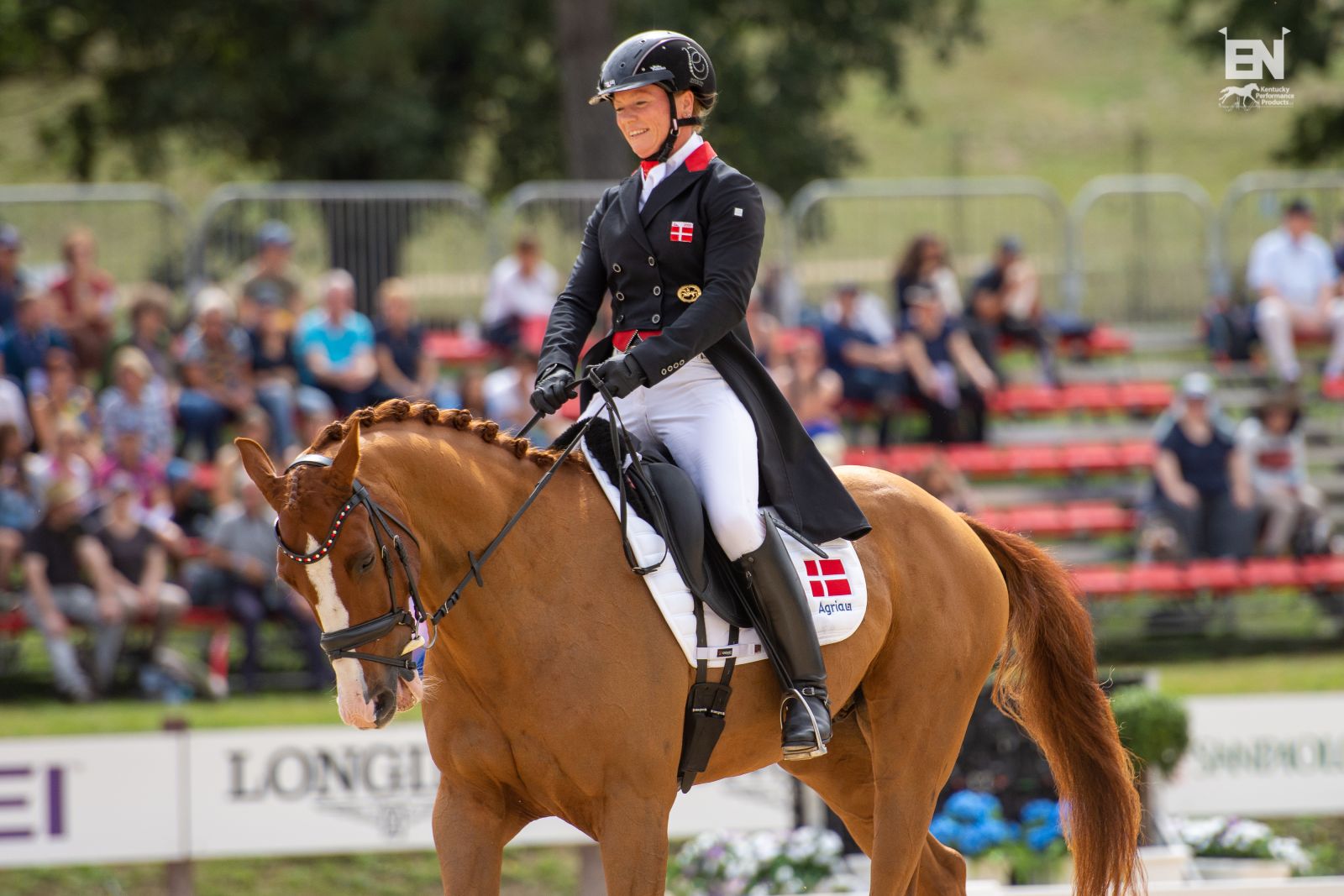 No one had more fun during their dressage test at the FEI World Championships for Eventing than Danish amateur rider Hanne Wind Ramsgaard. Her megawatt smile stayed stretched ear to ear from the first movement to the last in their championship debut.

Her partner here in Pratoni, Amequ Torino, is one she knows very well as she bred him herself. He is a Danish Warmblood, by Toulouse and out of  Hanne’s former event horses, Stugaard’s Flying Colours. Hanne bred the mare when she was three, before her competitive career began, but despite being a year “behind” due to foaling she still completed at the FEI World Eventing Breeding Championships as a 6-year-old.

“You don’t ride them much when they’re three years old, so I bred a foal,” she said. “And then I went to the young horse championship on her when she was six, and that’s something about the mind because she already bred a foal, then she’s a year behind.” 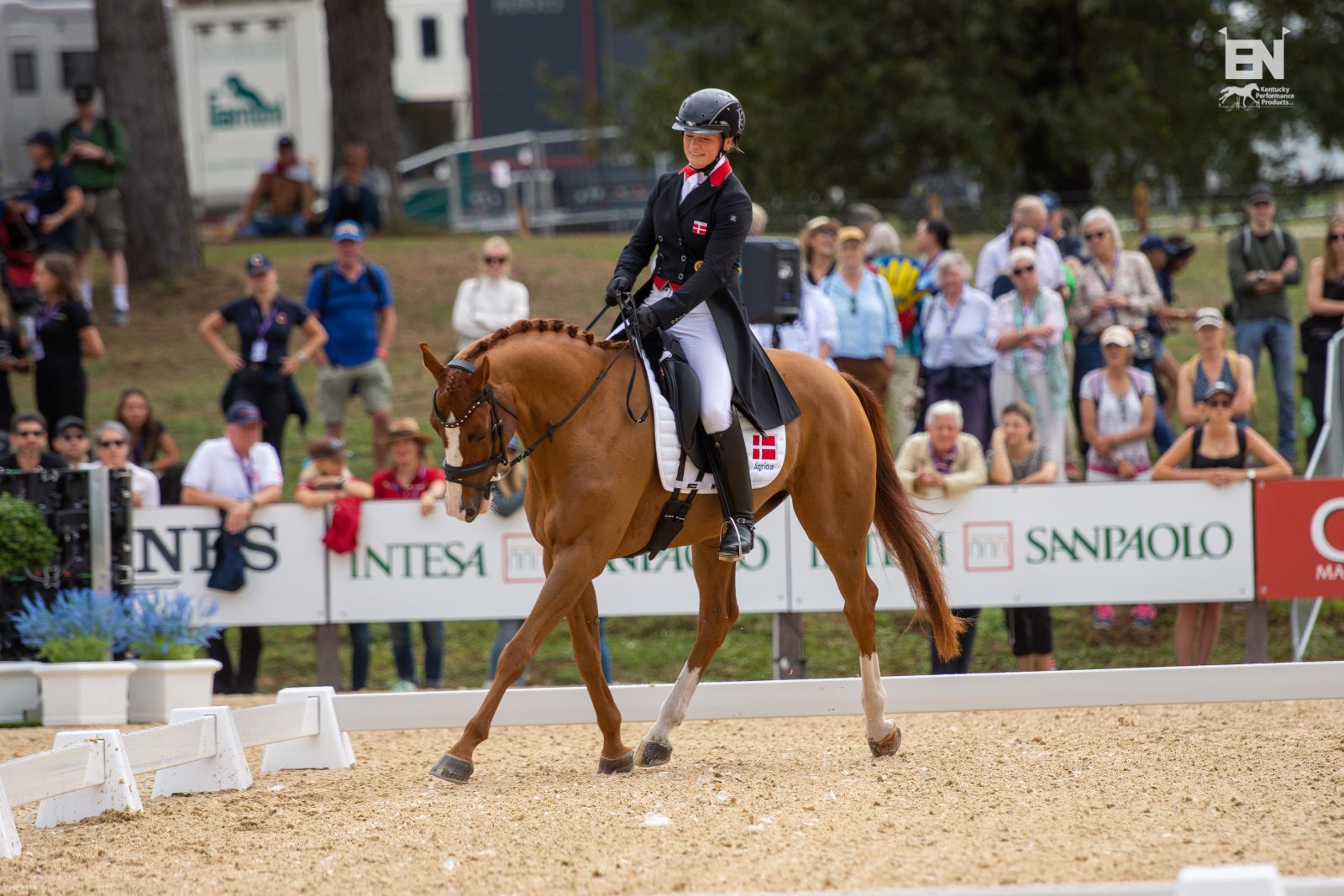 They earned a 45.1 in the first phase. “Dressage is definitely not his favorite discipline, but he was very sweet in there actually. So, yeah, I’m very pleased with him. We’re still working on it. He’s a young horse, and he’s actually doing his first five-star program ever, so I’m really pleased with him.”

Though this is her first time representing her country in a championship, Hanne is no stranger to top level competition, having gone through the five-star level with previous ride Vestervangs Arami. There’s much to be said of anyone who has the mettle for the top of the sport, but even more so for those few amateurs who climb those ranks while managing a job outside of horses. As Hanne is not rider full time, she must train in the saddle around work, where she is responsible for maintenance in schools, having trained as a carpenter. “I do maintenance work in kindergartens — fixing desks, fixing everything!” she said. 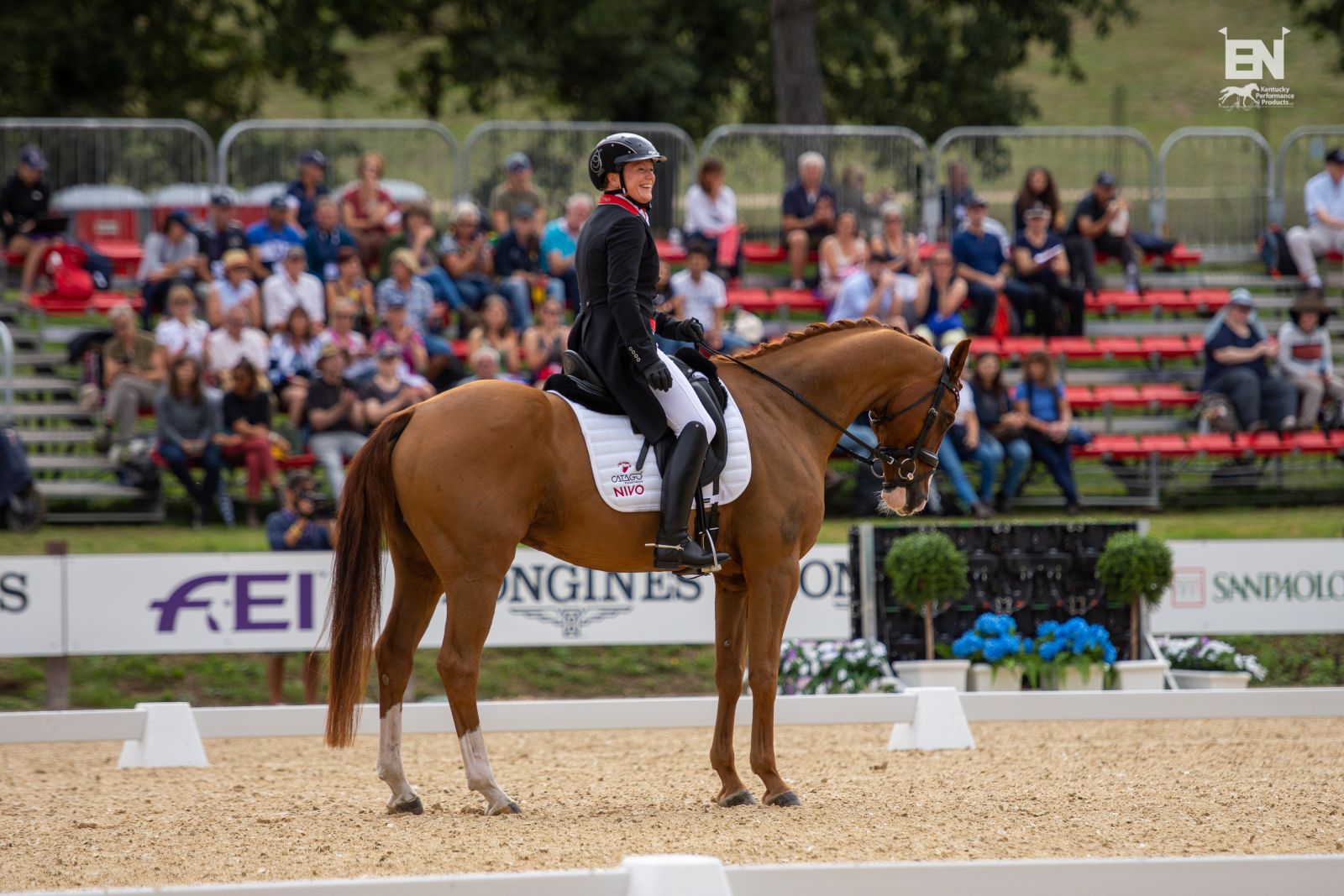 Hanne hails from Denmark, a nation without much of a robust eventing scene. She and her compatriot, Mia Hastrup, have both traveled as individuals, but without financial support from a national federation, they elected to team up and fundraise their efforts. They gathered corporate and grassroots support through their social media page.

“Eventing is not the biggest sport in Denmark, but it’s growing,” she said. “And if we want the sport to grow… we’re not coming here to win the medals. We need to show that this is actually possible. If you can dream it, you can do it.”