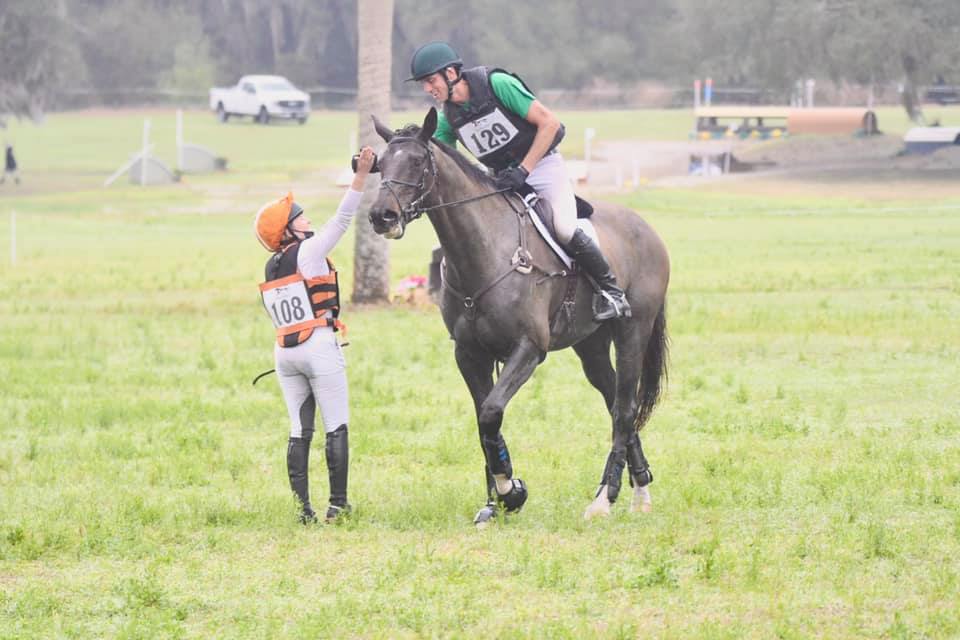 Having a horse reach the Advanced level of three-day eventing is the dream of so many riders and owners.  It’s a small group of individuals who achieve this goal, and an even smaller group that accomplish it several times over. This past weekend, at Rocking Horse Winter Horse Trials, a little known rider quietly entered his first Advanced level horse trials, on not one, not two, but three horses that he trained from the very beginning.

After seeing a photo of Dan Kreitl crossing the finish line with one of his three horses — and learning that it was his very first time at the Advanced level, as well as each horse’s debut — I had to know more. Reaching that elite level is something close to a miracle, but he might be the first to do it in triplicate.

I chatted with both Dan and the horses’ owner, Kay Dixon, this weekend, and I can tell you that their mutual respect and passion for horses is the underlying current of their incredible journey thus far, and what truly inspires all of us to keep riding and learning every day.

Dan grew up in Indianapolis, and as the ninth of ten children, his parents were deeply hopeful that he would outgrow his interest in horses. Instead, he garnered a job at a local Bashkir Curly horse breeding farm, exchanging labor for knowledge, and eventually working enough to earn a colt of his own named Sparty. 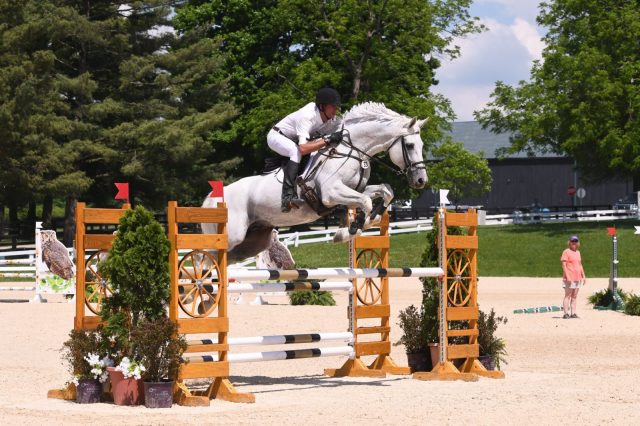 Dan fancied a career as a rodeo rider, but the owner of this farm emphasized dressage first, so he learned dressage. After high school, he moved to Colorado to work for Grant Schniedman for a year. Grant rode for the USET in the 70’s and 80’s but now competes in pure dressage, and helped Dan secure a borrowed horse to compete in the 2008 North American Youth Championships.

“I went to Young Riders, and I went out to watch the cross country portion of the eventing competition,” said Dan. “I saw that and thought, ‘Oh, this is a little more my style!’” From then on, eventing was his dream.

Preparing to move back to Indiana for college at Ball State University, Dan was connected with Kay Dixon, as a point of contact regarding local boarding barns. With a three-year-old unbroke stallion in tow, he was hard pressed to find a farm willing to host him, so he met Kay during freshman orientation and convinced her to let him come to her barn.

“I’m not set up for a commercial boarding barn,” said Kay. “My husband and I have a five stall barn and we just had our own horses, but Dan wiggled his way in here, and he’s been here ever since. I can’t imagine my life without him now.”

“I couldn’t be luckier or more blessed to stumble into Kay Dixon, she’s the toughest woman I’ve ever met but also the most generous.” said Dan. “She’s incredibly involved with the horses, helps take care of them, and wants to know how they’re doing every day.” 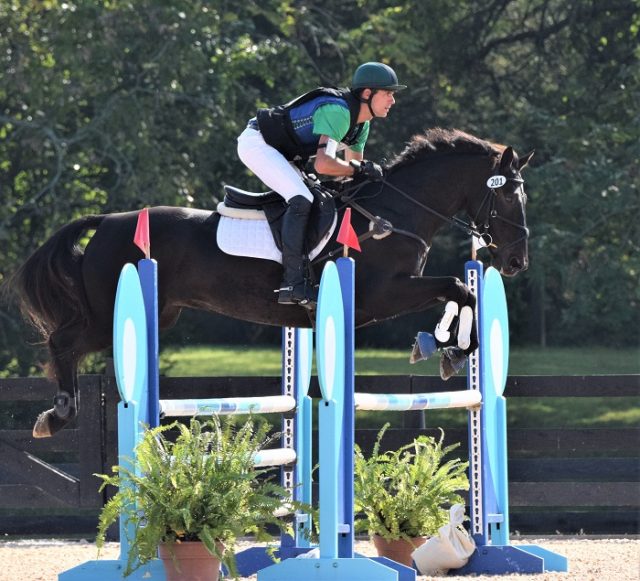 During college, Dan started Sparty under saddle, and they began their Eventing journey together. Kay knew that the key to success was dependent on access to good education, so she connected him with her friend Lee Ann Zobbe, who makes a point of regularly hosting top level Eventing riders for clinics year-round at her farm.

Dan and Sparty competed through the Intermediate level, but it was clear that was his limit, and Dan had bigger dreams. Kay started quietly considering the possibility of buying some more talented horses for her friend, and the two of them contacted Lesley Grant Law, who they knew through clinics at Lee Ann’s farm.

Through Lesley, the pair started the adventure of importing several young horses with upper level potential. Dan knew he wanted young horses, and enjoyed the process of developing them from the ground up. They watched video after video, and narrowed down the search with Leslie’s connections in Europe providing feedback on each horse.

In 2016, Eezy Cruise Lad became the first horse in their partnership. Sired by Carrick Diamond Lad out of a Cruising mare, this Irish gelding was sure to enjoy eventing.

“He arrived as a coming five-year-old and he barely steered at all,” laughed Dan. Eezy has feet the size of dinner plates, but the heart of a lion, and he’s all business. Within two years, the pair was competing at Intermediate level easily, until Eezy was sidelined with an injury for two years. 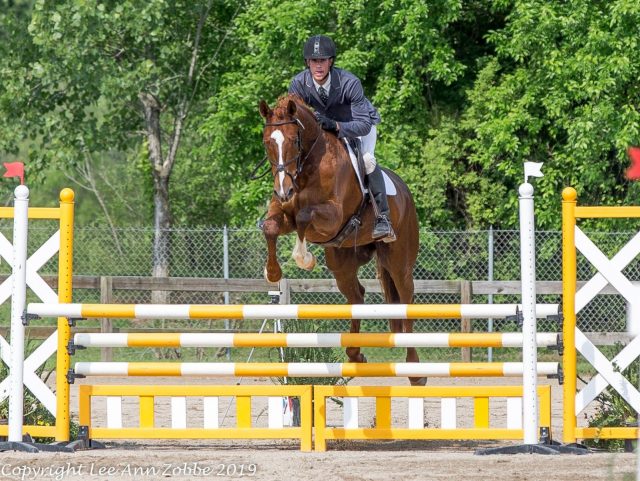 Horales is a 2013 Trakehner gelding. Photo by Lee Ann Zobbe.

In subsequent years, Carmango (Fritz) and Horales (Atticus) arrived from Germany as four year olds, and provided Dan with even more experience and an array of personalities to work with.

“Fritz is the kindest, sweetest horse that just always wants to be with you, and I swear he would lay down his soul for Dan,” said Kay. “Atticus is flawless on cross country, but he’s a bit of a priss sometimes.”

In finding all of these horses, they emphasized that they had to have good personalities and be easy to work with on the ground. At home in Indiana, Kay and Dan do all the barn work themselves, and Kay is in her 70s, so she didn’t want anything too wild.

In fact, until about six months ago, Dan and Kay were doing everything on their own. Dan would go to a competition with three horses in tow, and occasionally Kay would be able to join him and groom for him, but otherwise he did it all himself.

“I have to say though, after doing Advanced on three horses, I was exhausted! I’m a pretty physically fit guy, but that was really hard work.” Now with three at the highest level, Dan tries to get a friend to help with the braiding, icing, and care on the ground so he can focus on riding a little more. 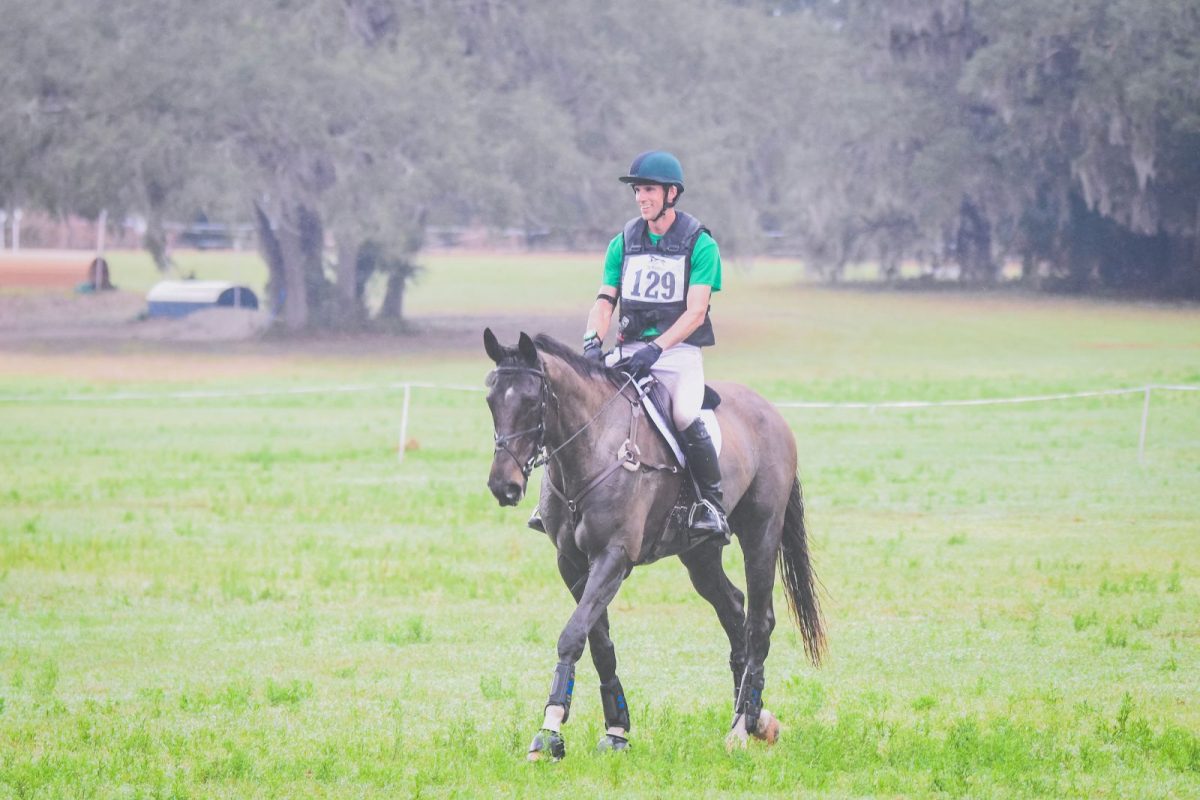 Dan and the horses are down in Florida for two months now, receiving intensive training from Sharon White, who has been helping him for the past two years through clinics in Indiana.

“Sharon always seems to have the same level of excitement for every level of riders from starter to more accomplished. She seems to find genuine joy in helping any rider do anything better,” said Kay.

For 2021, Dan and the three have to go back and achieve their FEI qualifications, as they’ve only competed in national horse trials thus far. They’re aiming at Jersey Fresh CCI3*-L for the spring, and hopefully another in the fall, with a few moderate Advanced horse trials scattered in between.

“Personally, I care more about their confidence than anything, so they’ve never really had a bad experience yet,” said Dan. “Sharon cannot believe how honest and happy they are in their work. I think it will be perfect for them to go back and forth between Advanced and Intermediate this year.” 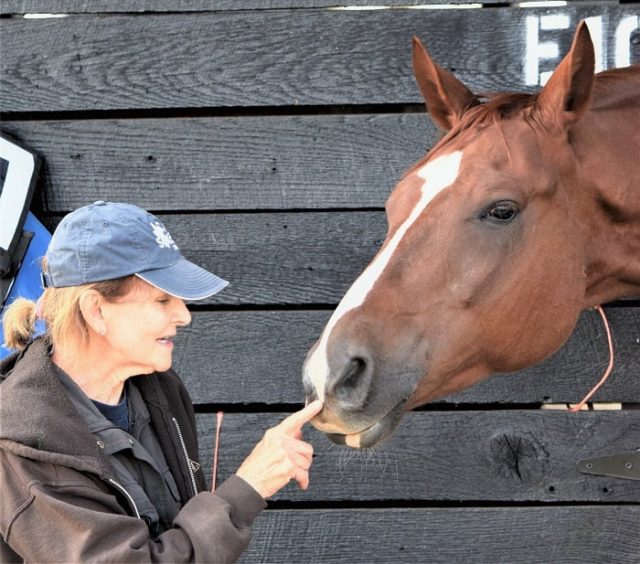 It’s hard to tell in speaking with them who is having more fun, Dan or Kay. Their partnership through the years is a testament to their mutual love of the horses.

“This is my first experience as an owner, and I’m always telling Dan, ‘I’m not much of a competitor, but I was born to be an owner!’” Kay competed a little half Arabian horse through Preliminary, but has truly found her joy in ownership. “I’ve always loved nice quality horses, but I’m not skilled enough to ride them. But now it’s perfect and I can enjoy them and get to be part of the journey, but I don’t have to ride them!” 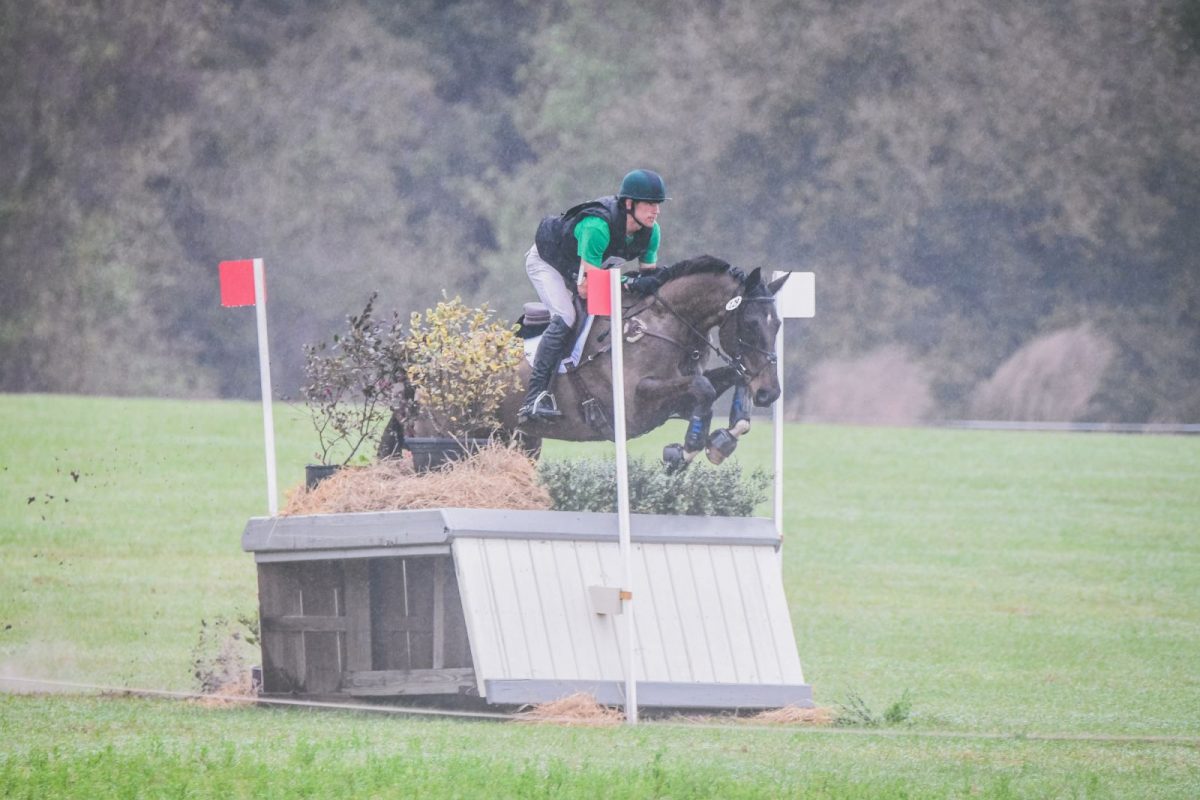 “We’re working together to help Dan realize his dreams, but at the same time I’m realizing my dreams.”

The real dream, of course, is Land Rover Kentucky. I advised Dan that perhaps taking three at one time to his first CCI5* was a bit ambitious, but you know, shoot for the stars!