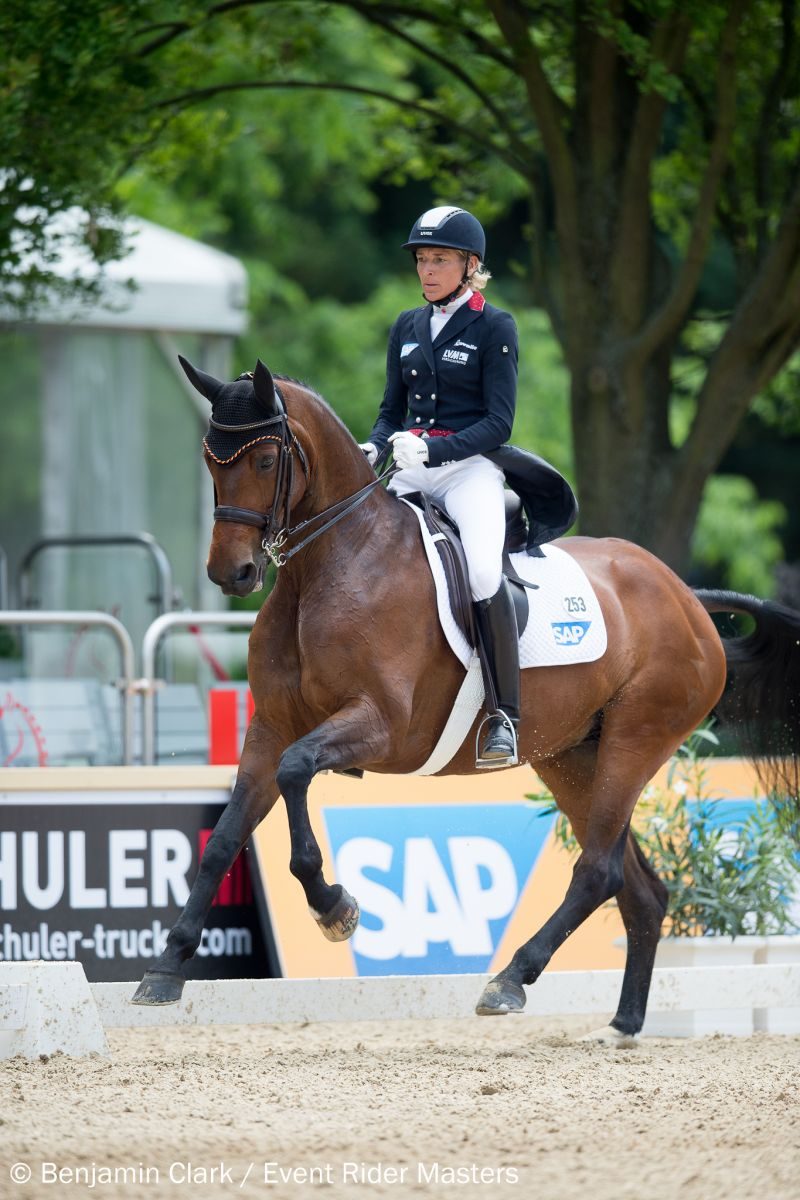 The pair performed a crisp, expressive test in front of the iconic Biebrich Palace for a mark of 34.6.

“SAP Escada FRH did a wonderful job, I am delighted with her,” Ingrid remarked after her test. “Today she was very supple, through and content and she always arrives in the main arena saying ‘here I am!’ Tomorrow will be a very different test, particularly on the cross country as you have to be really fast in the park to save every second you can. I will definitely be trying to finish on my dressage score, to land my first ERM victory.” 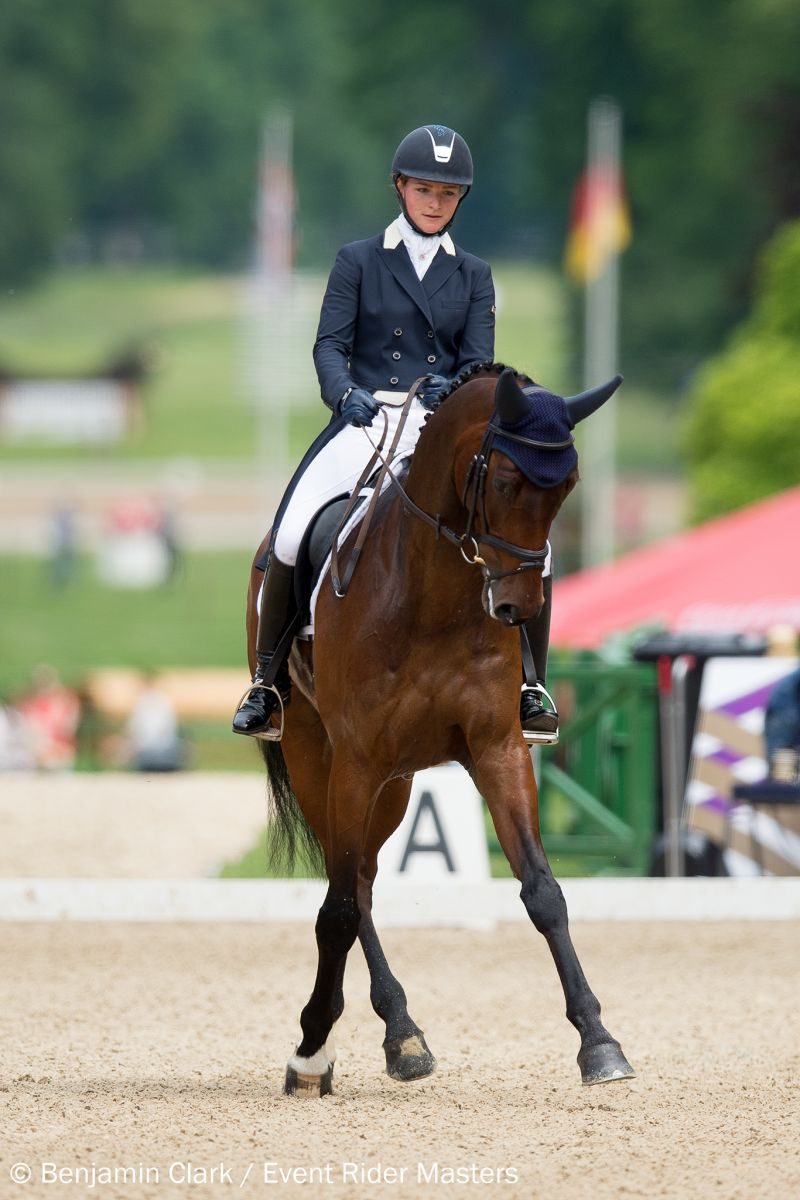 Their score was 1.6 point better than German teammate Julia Krajewski riding Chipmunk FRH, who scored a 36.2.

Julia, who who was part of the silver medal winning German Olympic team at Rio 2016, said, “Naturally you want to do well for your horse, owners and yourself as well as hopefully winning some of the attractive prize money available this weekend. So I was actually a bit nervous before the dressage, but I am very happy with Chipmunk, he felt very good today. I feel tomorrow will be a tough question particularly on the cross country but I am hoping to maintain or even improve my current position.” 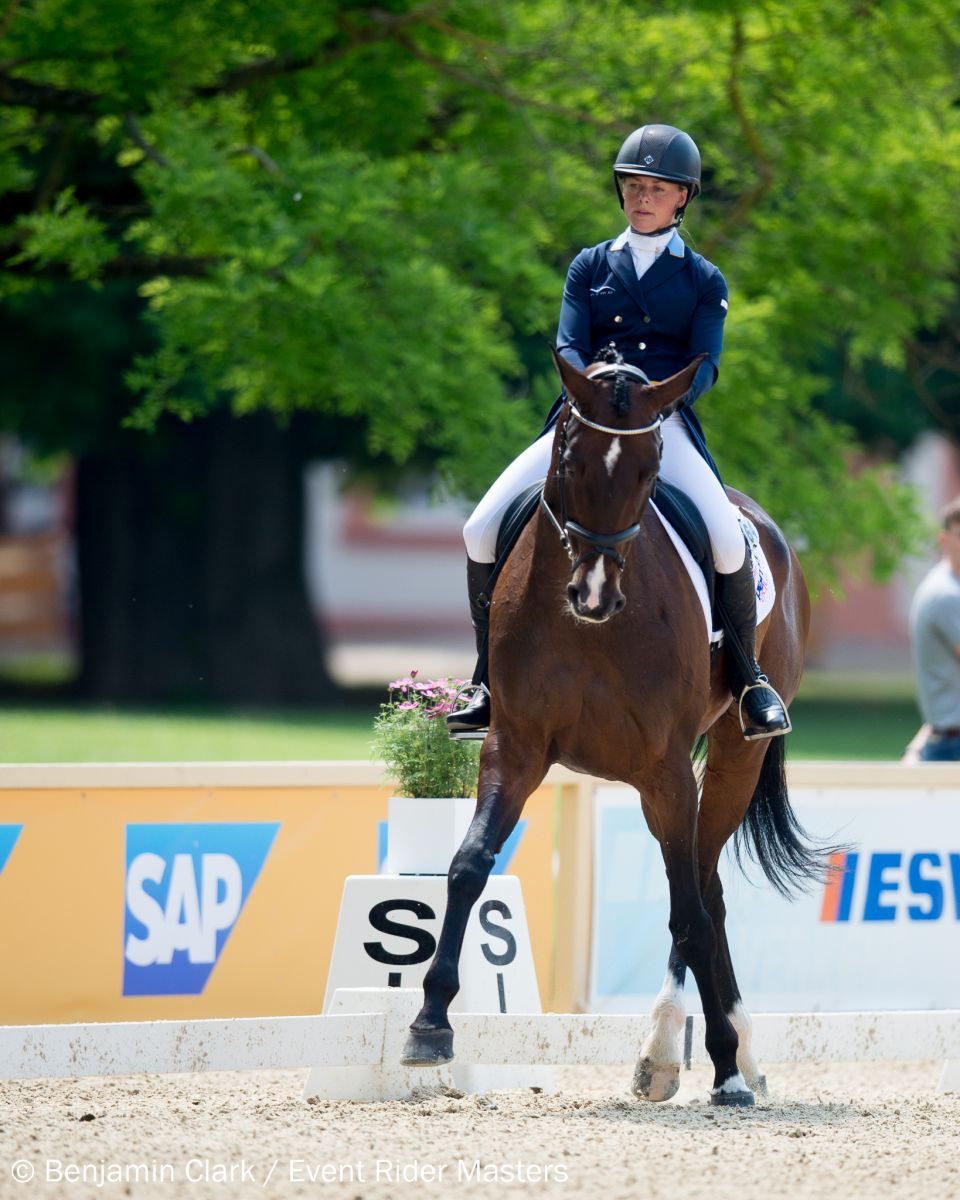 Sweden’s Sara Algotsson Ostholt and Reality 39 were the last pair of the day to do their test, and they slid into third on a 42.0.

“To ride here in front of the ‘pink palace’ at Wiesbaden and in the Event Rider Masters is amazing,” Sara said. “The location combined with the music I chose to ride to made me very relaxed and I had a very good feeling. Maybe I was a bit too relaxed as the two German girls are ahead of me! However, tomorrow is another day. The reverse order of showjumping and cross country will be interesting and I feel the placings could look different across the whole competition after the jumping phases”.

Italy’s Stefano Brecciaroli riding Apollo van de Wendi Kurt Hoeve are in fourth on 42.6 and Great Britain’s Sarah Cohen riding Treason lie in fifth with 43.2. Just 10 marks separate the top six riders. As a side note, Michael Jung’s ride Star Connection was not qualified to compete in ERM, as it is the horse’s three-star debut, so he is competing in the class HC. He would have been third after dressage. 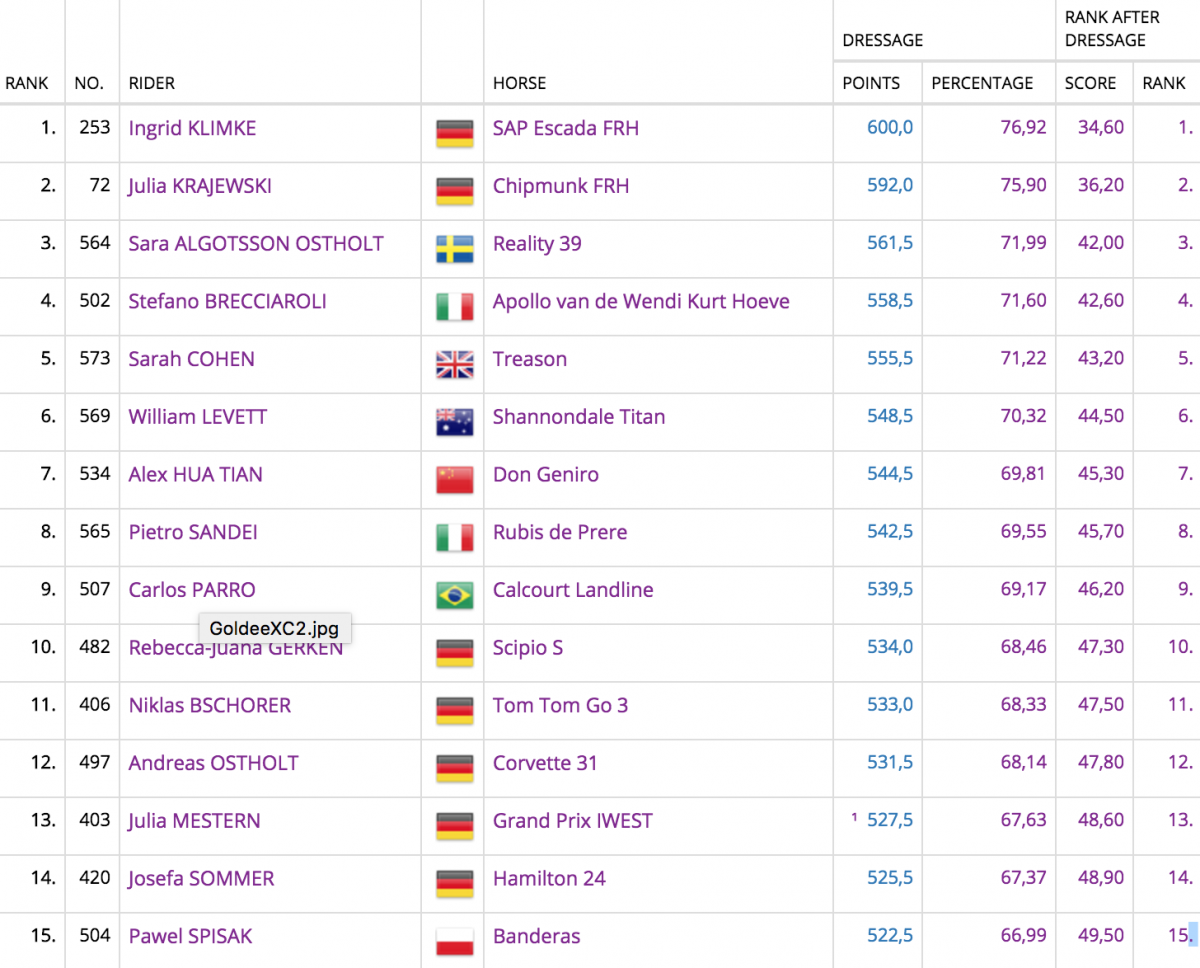