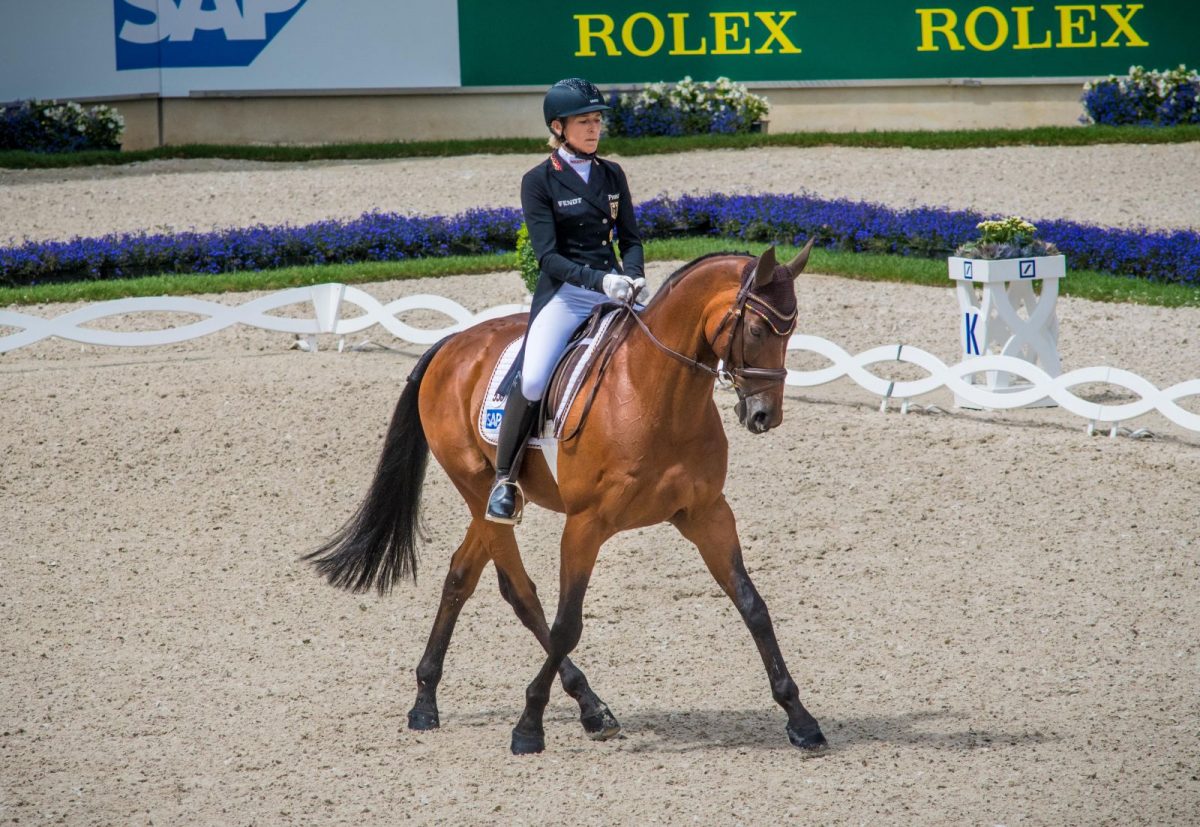 Think Jersey Fresh is the only FEI event you should be paying attention to? Think again – this weekend’s four-star competition at Marbach in southern Germany is certainly one to watch, and even better, it’s the first European event that we’ll get to live-stream in full this year.  If you’re a H&C+ subscriber (which, you really should be!), you can tune in for the conclusion of dressage as well as stadium jumping and cross country phases tomorrow and Saturday.

Here’s a look at the broadcast schedule on H&C+:

It’s no surprise to see Ingrid Klimke and SAP Horseware Hale Bob OLD out in front after day one, earning a score of 24.6 from judges Dr. Helmut Mett and Hanna Rogge. Sweden’s Katrin Norling and Fernando-Ukato are in early second place on a score of 26.6, followed by 2014 World Equestrian Games gold medalist Sandra Auffarth and Viamant du Matz in third on a score of 26.7. Not far behind in fourth are Michael Jung and fischerWild Wave, earning a score of 27.0. The defending Olympic gold medalist has three rides in the CCI4*-S this weekend: Highlighter, fisherWild Wave and fischerChipmunk, who we’ll see tomorrow.

To view the full dressage standings, click here. Ride times can be found here, and results for the coming phases will be found here.

You can catch the conclusion of dressage as well as show jumping tomorrow and the cross country test on Saturday. If you haven’t checked out all of the incredible on-demand content available on H&C+, you definitely should give it a look – and additional features such as live streaming from all over the world make the $9.99 per month cost well worthwhile! Click here to check it out.