Saddle theft continues to happen, far too often, to all kinds of riders. And when you’ve spent two paychecks on a custom made and measured buffalo leather saddle that took three months to arrive from France (guilty), the thought of someone lifting it off you is enough to make even a gentle horseman’s blood boil. 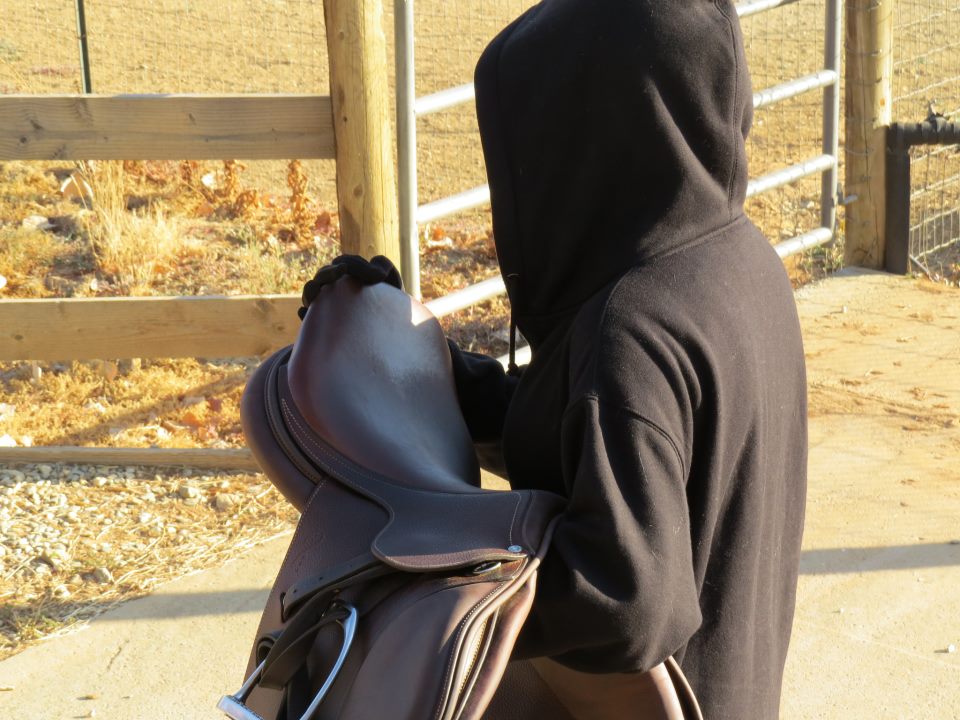 Based on actual events

This is where the Saddle Network comes in: what if we could not only prevent theft, but change the way people view theft from reactive, to a proactive community that works together to deter theft from even happening in the first place?

The Saddle Network is a concept that was dreamed up by horse people in California who put two and two together after listening to countless stories from saddle theft victims, and thinking about how modern technology could step in to help.

They combined that technology with the strength of the equestrian community, and came up with this: 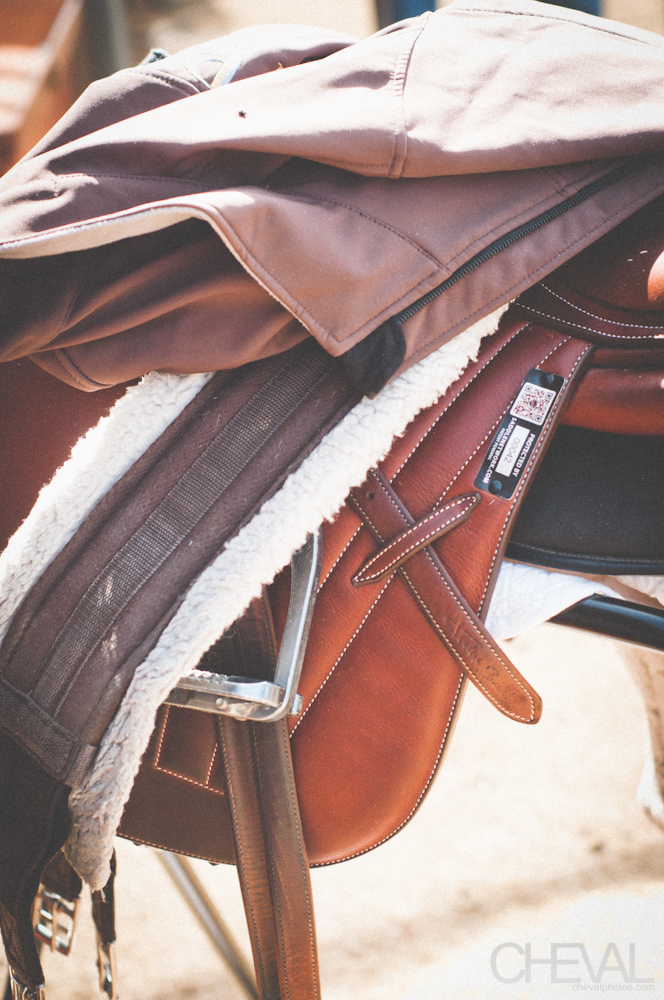 The SN tag is a 3 inch space-age piece of thin metal that is permanently affixed to the left flap of your saddle. It has a QR code on it that can be scanned by a smartphone or entered online for information on the saddle’s rightful owner and status.

Placement of the tag is non-negotiable. Proactive is the key, and Saddle Network’s goal is to keep the theft from even occurring. The tags are a visual deterrent, meant to turn away opportunistic thieves who are looking for an easy grab and resell. More than deterring theft, SN aims for the tag itself to become a symbol of cool. Who wouldn’t take the extra step to protect their $4,375.99 (sorry Mom) saddle from potential theft?

The SN logic is that in the near future, it’s the untagged saddles that will become the easy targets.

The tag itself has a high-tech look, and is riveted onto the flap much like a nameplate, but that is also the point. As Saddle Network becomes widespread, the holes that a removed tag would leave would also be a clear sign that the saddle is stolen.

Buying a tag isn’t a one off thing, individuals can join Saddle Network, where they’ll be able to archive and tag their tack. Saddle manufacturers can join as well – and guess who has already signed up: none other than Antares Sellier. Big name hunter, jumper, and Western trainers are getting behind the Network too. Eventers, don’t be late to the party, check out the Saddle Network now.

Here’s the bottom line; if tagging your saddle meant the difference between walking into your tackroom one morning to find it had poof! Disappeared, or keeping it within arms reach and therefore available to grace your horse’s back, would you even hesitate to choose the latter?