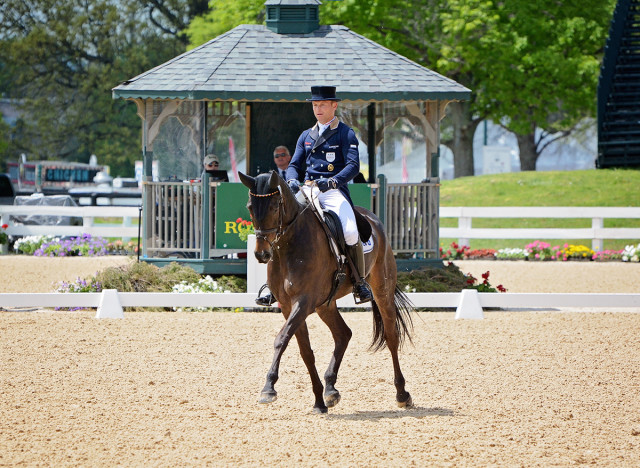 As expected, Michael Jung is handily holding the lead after the first day of dressage at the Rolex Kentucky Three-Day Event with last year’s winner fischerRocana FST, besting his score from last year by more than five points to top the leaderboard at 34.4.

The 11-year-old German Sport Horse mare owned by Brigitte and Joachim Jung has completed three CCI4* events in her career to date and never finished lower than second in any of them. “Roxie,” or Beyonce as the EN team has dubbed her, is widely expected to take the win in Kentucky this weekend.

But there’s a top class field ready to challenge the reigning queen for her throne should things not go Michael’s way. Liz Halliday-Sharp and Fernhill By Night, who led at the lunch break on their score of 43.0, sit in second place at the conclusion of the first day thanks to a lovely test. 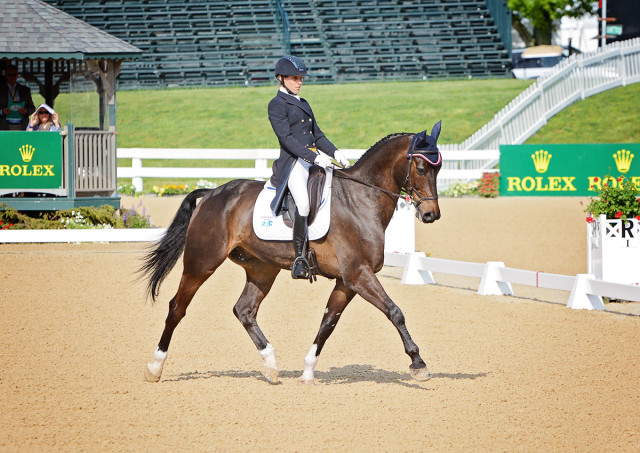 “Blackie,” a 13-year-old Irish Sport Horse gelding owned by Deborah Halliday, had a definite pep to his step during his test today, and Liz told us before the lunch break that she was very proud of his effort. You can read more of her comments in our lunchtime report, and stay tuned for more in the press conference report.

Phillip Dutton has three Olympic hopefuls competing at Rolex this weekend, and we’ve predicted all of them to finish in the top 10. Fernhill Fugitive is currently leading the way for Phillip’s trio, sitting in third place on 43.1, just 0.1 penalty points behind Liz and Blackie.

“Jack,” an 11-year-old Irish Sport Horse gelding owned by Tom Tierney and Annie Jones, finished ninth in his four-star debut at Rolex year, and he’s poised to improve on it this year, with his performance in all three phases steadily improving. 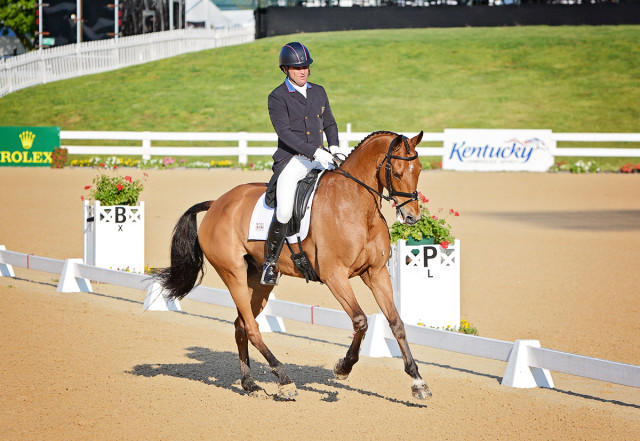 Boyd Martin and Shamwari 4 put in a valiant effort to catch the top of the leaderboard as the penultimate pair to dance in the sandbox today, scoring 44.6 to hold fourth place currently.

This is the first time we’ve seen the 14-year-old Hanoverian gelding owned by the Shamwari 4 Syndicate compete at the CCI4* level since the 2014 World Equestrian Games, and “Shammie” looks to be in super form. It’s fantastic see him back at the highest levels of the sport! 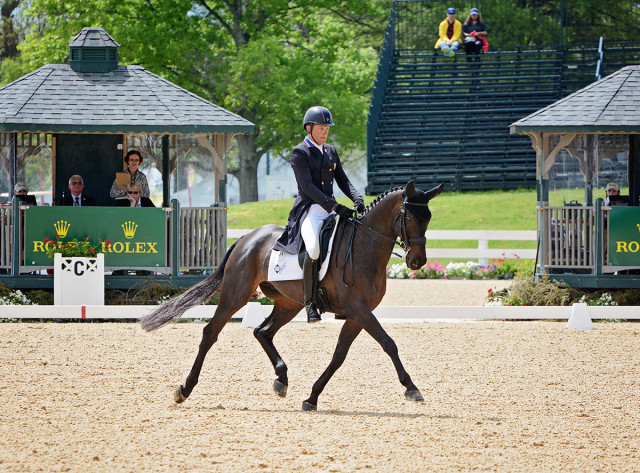 Maya Black and Doesn’t Play Fair are rounding out the top five on their score of 45.5. She told us after the test that she was pleased with his improved rideability, and while there were still a few bobbles, the 11-year-old Holsteiner gelding owned by Dawn Dofelmier has come a long way in the last year.

Jock Paget and Clifton Signature are leading the way for the New Zealand contingent after the first day of dressage action, sitting in sixth place on 47.5. The 11-year-old Thoroughbred-cross gelding owned by Frances Stead and Russell Hall can be a bit cheeky in this phase, but his form continues to improve, and he’s an exciting horse for the future for Jock.

Phillip Dutton has a second ride in the top 10 in Fernhill Cubalawn, a 13-year-old Holsteiner gelding owned by Tom Tierney, Simon Roosevelt and Caroline Moran. “Cuba” scored 48.2 for seventh place currently in his bid to defend his title as the USEF CCI4* National Champion. 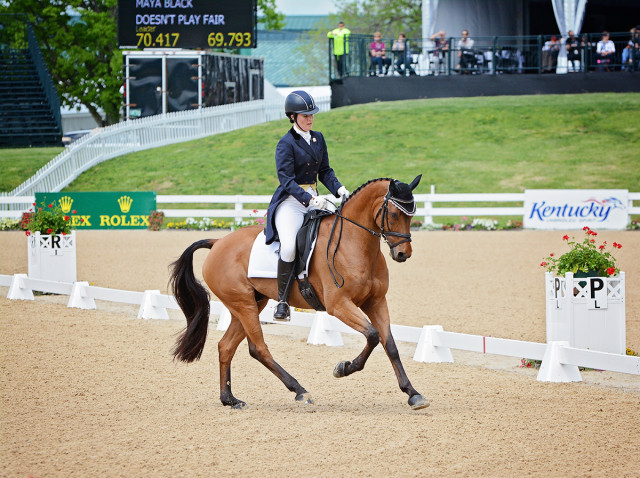 Tim Price and Bango and Katie Ruppel and Houdini are sharing eighth place on 48.3, and Jordan Linstedt and Revitavet Capato are rounding out the top 10 on 49.2. Courtney Cooper and Who’s A Star are our highest placed Rolex Rookies after the first day. “Tag” scored 50.9 for 16th place in the early going.

Looking to other notable tests, Elisa Wallace and Simple Priceless had the unenviable task of following Michael Jung and fischerRocana FST’s jaw-dropping dressage test, and “Johnny” held his composure beautifully to score 49.8 for 13th place.

We have a smashing team bringing you up-to-the-minute coverage of #RK3DE all weekend on EN: Samantha Clark, Leslie Wylie, Leslie Threlkeld and Sally Spickard, and even John himself is making his annual pilgrimage to the Kentucky Horse Park to aid the cause.

We’re so grateful that you’ve chosen to make EN a part of your Rolex experience. Click here to read the lunchtime report, here to view lots of photos on Instagram, and here to catch up on all of our coverage so far. Keep it locked on EN! 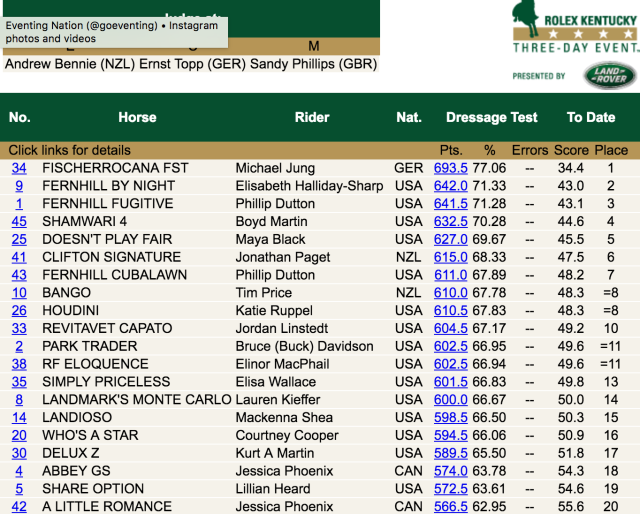