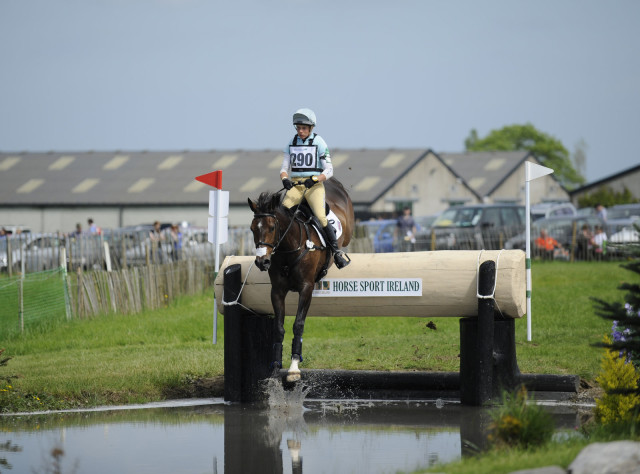 British Eventing has posted a quick note on their website that Izzy Taylor has withdrawn Tattersalls CCI3* winner Allercombe Ellie from WEG contention due to a “minor set-back during training.”

Izzy was named to the WEG eventing squad for Great Britain on June 19, and was thrilled to get the opportunity to represent her country with the exciting 11-year-old British Sport Horse mare.

“I’m very excited and to be going to another Championship, which will be a different kind of Championships [to the Europeans in 2013]; it’s exciting. It kind of feels, on a personal level, that I’ve made a step up. I’ve never spectated at a Worlds before so I don’t know what to expect but I can imagine that there will be a bigger atmosphere and the event will have a lot more about it,” Ellie told British Eventing when she was announced as a squad member. “I’m really happy to be riding Ellie [Allercombe Ellie], she’s still quite new to me but we’ve built up a good relationship. I’m really pleased for her owners; I can imagine it will be even more special for Susan, as she bred her.”

A replacement for Izzy and Allercombe Ellie will be announced on a later date, and we will provide more information as it becomes available.