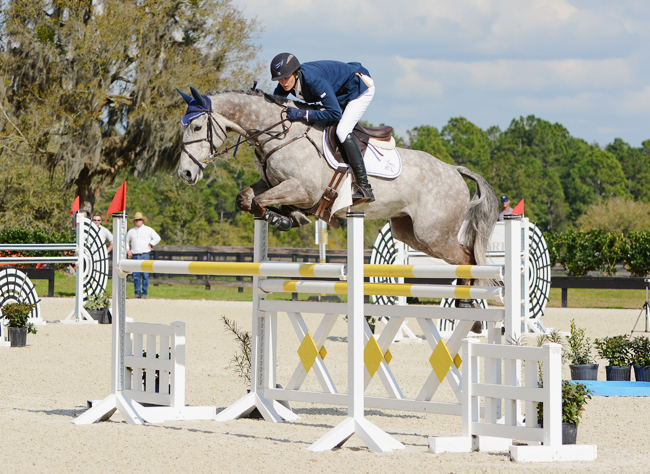 Spend any time at all in a conversation with Jacob Fletcher, and he will happily tell you about his time in Europe last year learning from Kevin McNab. Jacob brought home with him an arsenal of knowledge, and immersing himself in the training system utilized by Kevin McNab has prepared him for a successful career here in the States with his own horses.

Jacob is a full-time student at the University of Arkansas, but he splits his time between school and competitions and training for his horses. Jacob was recently named to the 2016 Eventing 25 training list and will once again be able to participate in lessons and seminars with Developing Rider coach Leslie Law.

“(Leslie is) very personalized and really works with you,” Jacob said. “I had a great experience with him last year. His system really works with mine, so instead of deconstructing what I am doing he provides helpful tips to build on it.”

Riding with Kevin, Jacob adopted a more forward riding technique which has brought several riders success. Jacob acknowledges that every rider has a different style and system, but he’s integrated a style that he feels works for him and his horses. 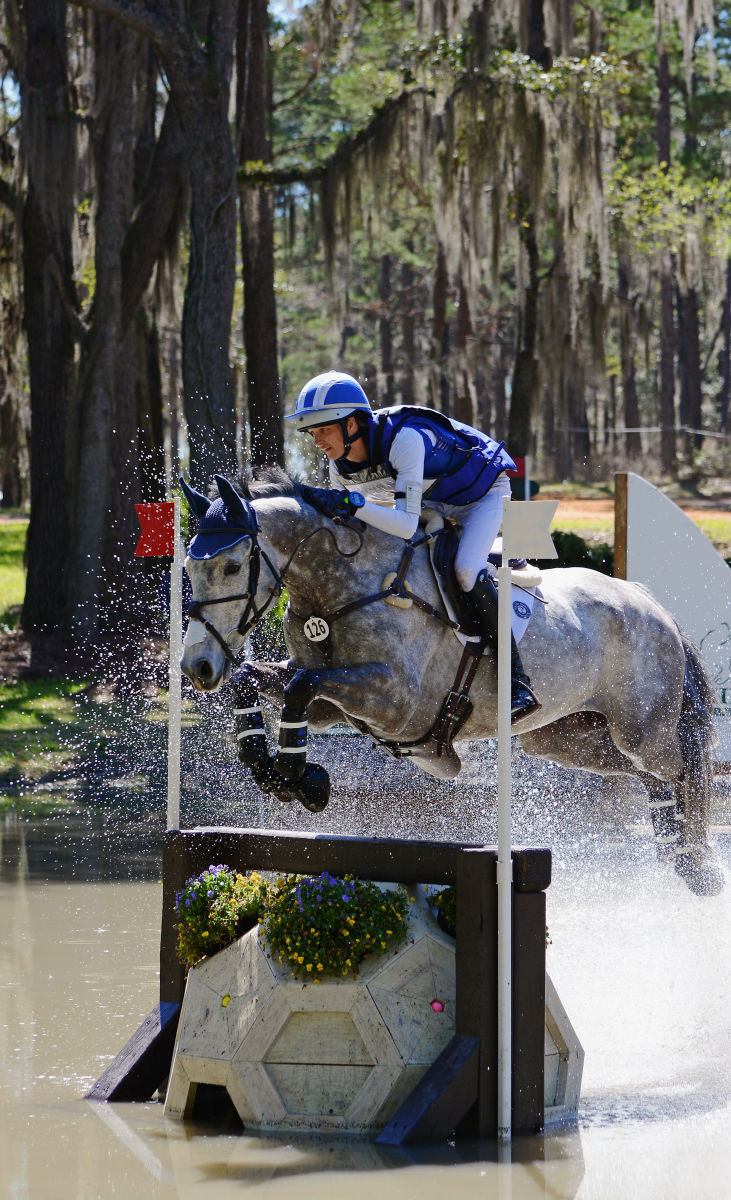 “I really liked Kevin’s riding style — it was very soft and forward, and he’s had great results with it,” Jacob explained. “I was a bit hesitant about it at first, and here in the States it’s not as heavily favored. But you see the results that Kevin, Jock Paget and Chris Burton are having and it’s hard to argue with. I think there are times when no one will argue that you need to be in a more defensive position, but I think (the forward riding seat) is about producing horses too. Your horses don’t worry about you getting into a defensive position and learn to carry you on a bit more.”

Jacob has observed that Leslie often uses this position as well, which has worked really well for their training together. “He still tells me to sit up every once in awhile,” Jacob laughed. “He had me work a lot last year on the automatic release. Especially with Domino, who can be a bit frisky at the beginning of the year, I would have trouble with turning questions. I’d jump with a looped rein and long release and would pick up the contact at the back of the fence. Leslie taught me how to use the auto release so that the contact was held in a soft, consistent way, so there was no argument on landing.”

Jacob has begun planning the next season with his two top horses, as well as some younger ones coming up through the pipeline. Despite not having the weekend he wanted at Galway Downs in October, Jacob remains positive and has a clear plan for what he wants to improve in 2016. 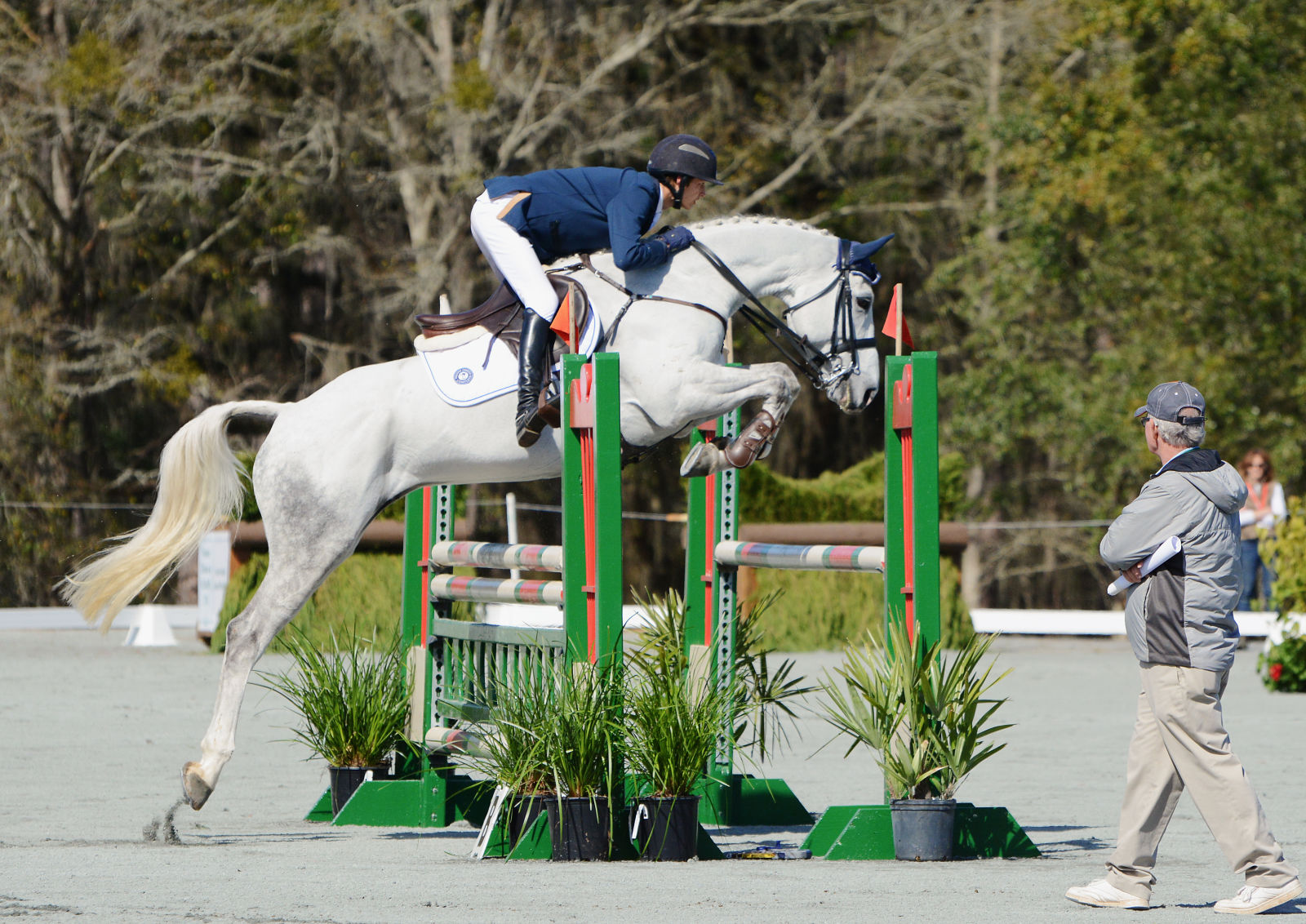 Jacob Fletcher and Fly Away Ferro. Photo by Jenni Autry.

“Atlantic Domino has really proven that he can do a test,” Jacob said. “He show jumps clear almost every show, and on cross country he’s either brilliant or we have a blip. I think we’ll just be working day and night to improve his consistency. I think he can be really competitive. I think it’s reasonable to want him to achieve a top placing at a CCI3* next year — we’re thinking Bromont at this point.”

“(Fly Away Ferro) is just eight and has progressed really quickly,” he continued. “He had just done his first one-star at the beginning of this year. He still gets quite hot and strong in the ring, so I’m still working on developing him. I’m hoping he will also be very competitive. Leslie and (regular coach Mike Huber) have been really helpful with his dressage, so I’m aiming to squeeze some better scores out of him.”

Jacob will spend time driving back and forth from school in Arkansas to Florida for training and is also exploring the option of traveling back and forth to Aiken and Georgia. Even with a busy schedule, Jacob knows that Leslie and Mike will always be there to assist him in whatever way they can. “I’ve really appreciated the Developing Rider program,” he said. “I send Leslie videos probably every week of myself riding and talk to him every other week throughout the year. It’s not just one week of intensive training, it’s the entire year that is personalized for each rider.”