Jen McFall played a different role at Woodside this weekend; since she wasn’t riding, she got to be the head cheerleader for her daughter, Taylor, and she found herself learning a pretty valuable lesson along the way. Many thanks to Jen for writing and to Athletux for partnering with EN to bring us great blogs from their riders. 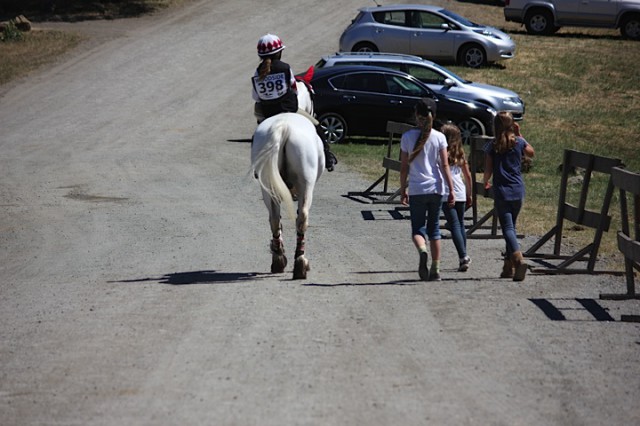 Life is a series of role-playing. During the months leading up to my first four-star appearance at Rolex this year, I was playing the role of driven athlete and obsessive caregiver to my partner, High Times. So this weekend at The Woodside Spring Horse Trials, with High Times not competing and my Preliminary horse being ridden by my husband, Earl, I gratefully hung up that hat and got to be the cheerleader and general mascot to my daughter, husband and other members of our barn.

As a mother who also competes and loves the sport of eventing, watching my daughter, Taylor, at an event gives me a remarkable feeling of joy that we share the same passion and pride in her ability. I secretly hope she never discovers affection for another sport, though I tell her she is free to pursue any athletic endeavor she prefers.

I’m pretty sure she is hooked, considering she is an avid artist and profusely draws horses and ponies, plays at wild pony enactments with her friends, and consistently picks a pair of paddock boots over normal day footwear for any and all occasions. Still, I humor her dad and act like I support the idea of her doing something other than my favorite pastime, if she so chooses.

Being a professional in the sport has its downfalls when you are also the mother. Our philosophy with Taylor has always been to teach her to be independent and self-reliant. Horse care is wonderful for that. She has to muck out her own stall; care for and keep track of her own equipment; and also groom, braid and present her pony for competition.

When she is desperately looking for her show pants and realizes she left them at home in the wash, the professional in me wants to buy her a new pair at the show so that she looks like a winner. Instead, I tell her to adapt and overcome, and so she wears the dirty pants that are three sizes too big with a flash noseband as a belt to hold them on.

When her pony is being tough, the rider in me wants to get on and clean his clock so that she will score higher in the dressage. But instead, I tell her that learning to compete under less than perfect conditions is much more important than getting ribbons. Is it the professional or the mother in me that wants her to win? I’m not sure. But I do know that if things are handed to you, it is hard to appreciate them. So Taylor is definitely not getting any special treatment being the trainer’s daughter.

It is a bit of a circus act balancing the mother and the trainer, supporter and coach. She is so competitively natured that she will come off a fantastic round like she did at Woodside, and the first thing out of her mouth will be to ask, “What was bad?” What?! Let’s talk about what was good first! I admire that she wants to do well, so it is a struggle not to criticize her ride even though she asks me how to improve. Usually, the mother in me that simply wants to be her cheerleader and biggest fan wins out, so I tell her she was great no matter what.

This weekend at Woodside, I was full of admiration for my daughter. From start to finish, she did everything on her own, from bathing and grooming her pony, cleaning her tack, to braiding and getting herself dressed for competition. And she did it with a smile, or even a song. Because I entered late coming home from Rolex, Taylor was in the Open Beginner Novice division. Dressage is not her strongest phase, and after her test, she was 22nd out of 25 adults.

Nonetheless, she forged on and never gave in to feeling inadequate. Instead, she continued to compete and with two double clear jumping rounds on her fantastic pony; she moved all the way up to 12th. I’m pretty sure there is a lesson in there for me in the way she handled herself. I had better think about that before my next competition at Copper Meadows! 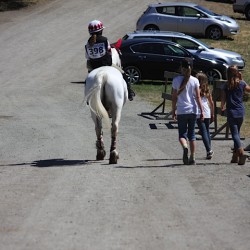 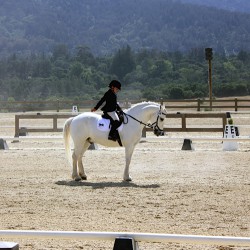 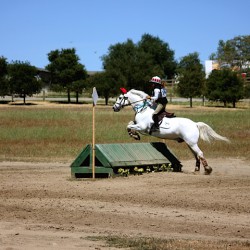 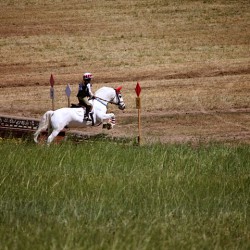 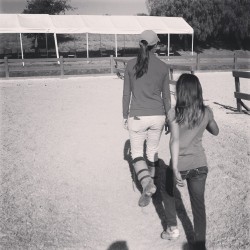 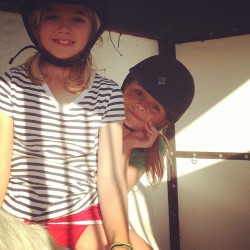