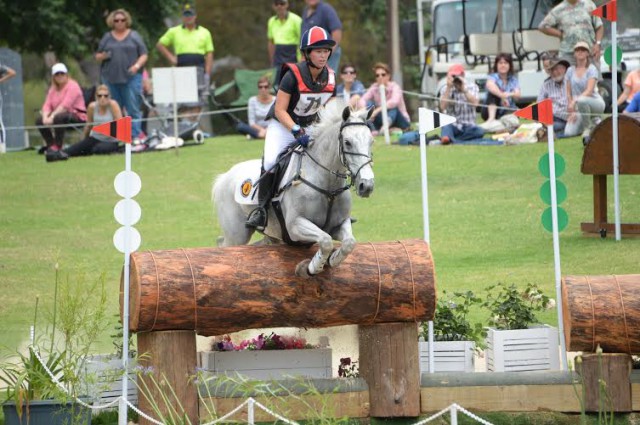 It was a 22-year-old rider from West Australia aboard her Australian Stock Horse/Thoroughbred cross who flew home closest to the optimum time across country yesterday to take the lead in the Adelaide CCI4*. Jessica Manson and Legal Star were one of the first pairs on course, attacking the course from the outset with tenacity and determination.

The optimum time of 11 minutes and 24 seconds proved difficult, especially with the onset of a strong rain about halfway through the field. Jessica came home with the quickest time of the day, accumulating just 2.8 time penalties to take the overnight lead on a score of 64.6.

She enters today’s show jumping with one rail and some time in hand. Legal Star is a keen jumper, and this pair was quite fun to watch as they made quick work of their third trip around Adelaide.

“I’m extremely happy with him (Legal Star). He really couldn’t have done anything more,” said Jessica in a press release. “He is very quick and nimble and an easy ride, so it was quite easy for me to make time today. He is a pretty good jumper so as long as we are both on the ball tomorrow I am sure we can do it.”

Jessica and Legal Star were 15th at Adelaide last year and fourth in 2012, so they’re poised for their best CCI4* finish to date should they jump clear or with just one rail tomorrow.

Leading after the dressage, Megan Jones and Kirby Park Allofasudden came through the finish with 19.2 time penalties to put them on a 70.7 and in second place overnight. They’ve got a comfortable lead over third placed Elizabeth Lowery and KL Kismet with three rails in hand.

Although there was not an extreme amount of terrain on Wayne Copping’s course, it still held its own challenges with a twisting course that challenged riders to shave precious seconds off where they could in an effort to get close to the time. There were several questions on course that caused their share of problems, namely a corner combination at fence 6AB, the first technical question on course. 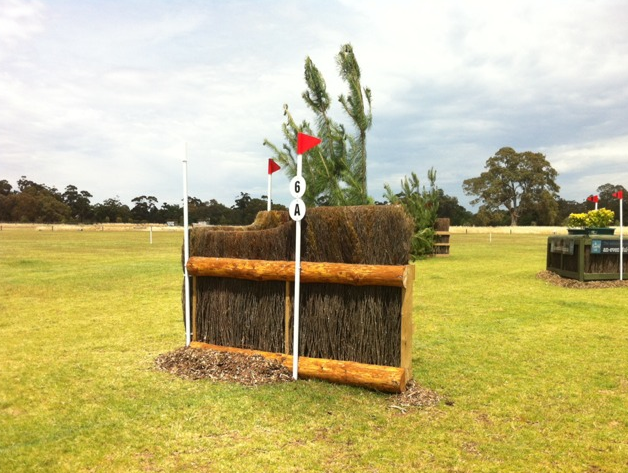 This combination caught five pairs out for refusals, the most troublesome question on the course. A corner combination at fence 20AB also caused a bit of trouble, causing one rider fall and one refusal. 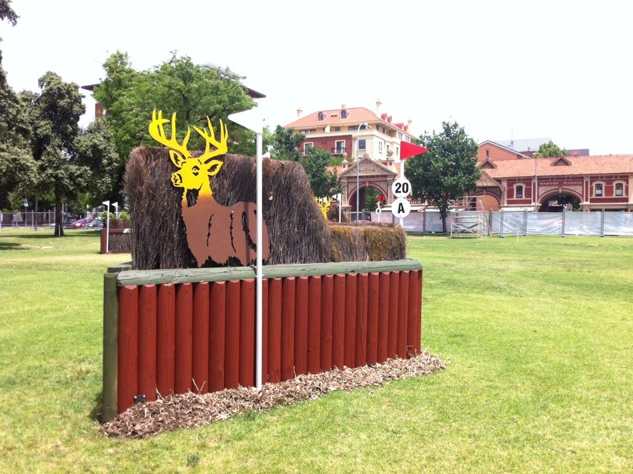 There was also a nearly 20 minute hold on course relatively early on in the going while the ground jury made repairs to the footing that followed the second water complex. It appeared that the footing deteriorated quickly, turning from sand into slick mud and causing many horses to get their hind ends a bit stuck when they went to gallop away from the jump. The footing looked to be holding up much better once it was fixed.

Show jumping will commence at approximately 11:10 p.m. EST and will be broadcast live on FEI TV. Stay tuned for more from Down Under! 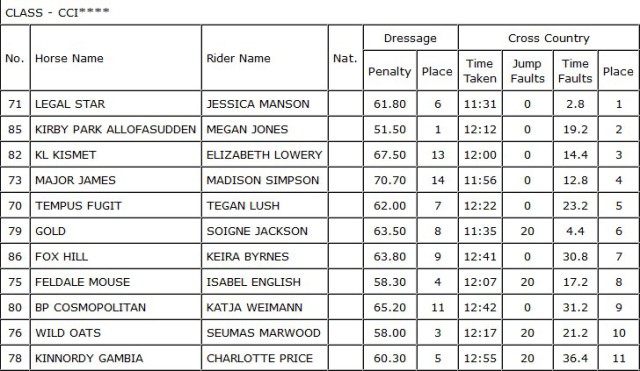