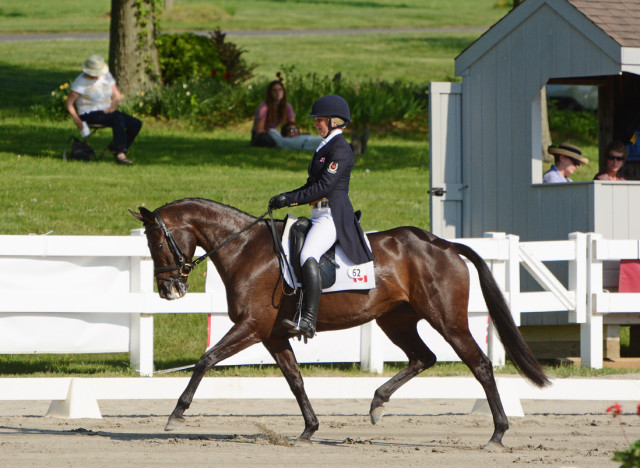 We’ve had some great news from the Phoenix camp this week, as Jessica Phoenix has been released from the hospital and is now recovering at home. She was transported from the hospital where she initially received treatment in New Jersey to one closer to home in Canada last week, and now she is one step closer to making her return to the saddle.

Jessica broke three ribs and her sacrum, the triangular bone at the base of the spine, in a fall on cross country at Jersey Fresh. She also sustained damage to her liver, which was repaired Saturday afternoon in surgery. She was wearing an air vest during the fall.

Despite it all, Jessica is still in good spirits and plans to return to the saddle at the beginning of next month. We don’t call her #Superwoman for nothing, folks.

“It’s so good to be home!” Jessie said today. “Thank you to everyone for their support throughout these last couple of weeks. It truly does take an incredible team of people including our family, barn staff, owners, sponsors and supporters. It truly is overwhelming to have this much support and I can’t thank everyone enough for their help and support. I’m very much looking forward to getting back in the saddle!”

We wish Jessie all the best as she continues to recover, and we know she’ll be in the saddle as soon as (super)humanly possible. In the meantime, please continue to keep her in your thoughts, and we will provide more updates as they become available.

[Jessica Phoenix Transported Back to Canada]