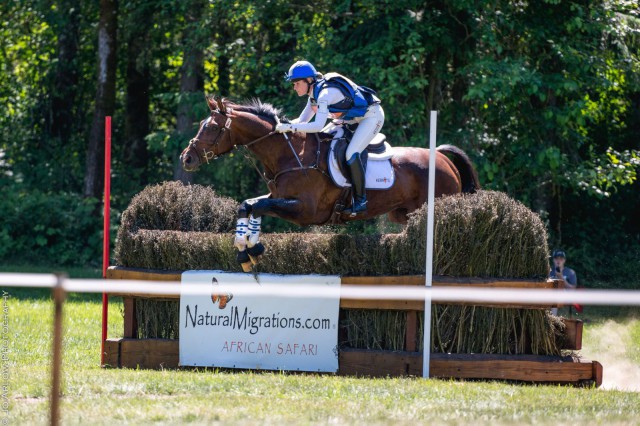 Blue skies, lush green backdrops, and temperatures in the 70s set the stage for a beautiful weekend of eventing at Aspen Farms Horse Trials in Yelm, Washington. Aspen Farms hosted more than 300 horses and riders in divisions from Beginner Novice through Intermediate as well as a CIC* and CIC2*.

Jordan Linstedt and Revitavet Capato won the CIC2* on their dressage score of 43.7, making the courses designed by Tremaine Cooper look like walks in the park. This was their first competition since successfully completing Capato’s debut at the Rolex Kentucky CCI4* in April, and they’ll now look ahead to Rebecca Farm.

“I brought him here to Aspen just to get good confidence building after such a big, hard course,” Jordan said. “Today he put on a show. He felt phenomenal. Honestly he feels like a different horse since I was back east with him. I feel like he’s growing up. I think that six weeks with him was the best I could have done for him — solely focusing on him and giving him 110 percent of my attention.”

Nikki Ayers and Rubicon took second in the CIC2*. Photo by Jenn Hogan of Deco Pony.

In the CIC*, no one could touch Kimmy Steinbuch aboard Spartacus D’L’Herbage, Ruth Bley’s imported Selle Francais gelding. Kimmy traveled more than 15 hours from the Bay Area with her husband and fellow competitor John Michael Durr to compete at Aspen Farms, and the long drive paid off.

Kimmy and Spartacus led by more than seven points after dressage, delivered a convincing clear show jumping round on Saturday, and acquired just a few cross-country time faults to finish first on Sunday on a final score of 46.7. 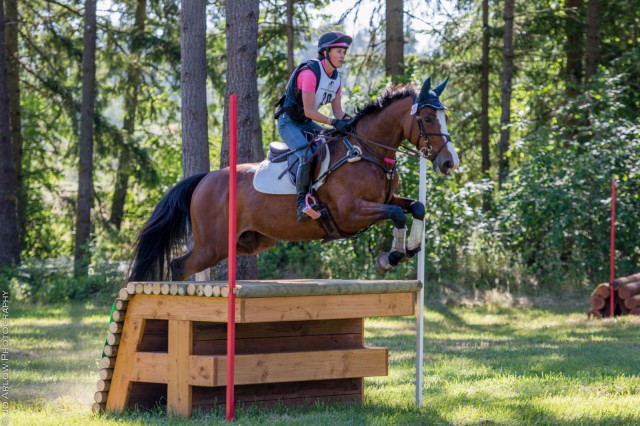 “I really liked going through the trees (on course), “Kimmy said. “I’ve never been up here before. It felt like I was going really fast; obviously I wasn’t! Towards the end I started to get my flow; he was quite lovely toward the end of the course. Everything rode really well. I thought it was a great course.”

Unfortunately the weekend didn’t end so well for John Michael, who fell with his Rolex partner Esprit de la Danse on the CIC2* course after sitting in second place overnight. “Dani,” an 11-year-old Canadian Sport Horse mare owned by Ruth Bley, was uninjured in the fall, but John Michael broke his collarbone and is currently waiting to have surgery.

Caroline Smith and her own Paint gelding, Lucas, were the only pair in the CIC* to jump double clear inside the time, securing them a second place finish on a score of 47.6. This was a comeback show for the pair, as both horse and rider missed out last season recovering from injuries. Caroline was all smiles at the end of the weekend.

“We finished on our dressage score; he was fantastic!” Caroline said. “The courses are fabulous. They are challenging, and they ride fantastically.” 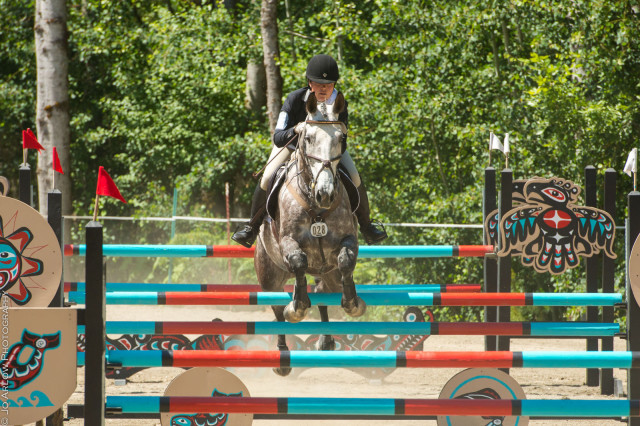 Sara Sellmer from Kamloops, British Columbia, made a strong statement in Open Intermediate, taking first with TF Kreisler on 34.4 and fourth with Sloan McQuick on 46.3. Though Aspen Farms was the first attempt at Intermediate for both horses, they both finished on their dressage scores under Sara’s guidance. She had nothing but positive things to say about how the horses performed, especially TF Kreisler, also known as Brad.

“Brad’s a really good mover,” Sara said. “He’s rideable in dressage; the judges tend to like him. His jumping has come leaps and bounds. Honestly Brad’s strongest trait is that he’s got a heart like no other. He’s an extremely trustworthy, solid citizen.”

Sabrina Glaser and Rembrandt took the top spot in Open Preliminary on a 35.0, less than one point ahead of second place finishers Kathryn Nichwander and 360. In Preliminary Rider, Tosca Holmes Smith and Paddington moved up from seventh to win on their dressage score of 37.1. 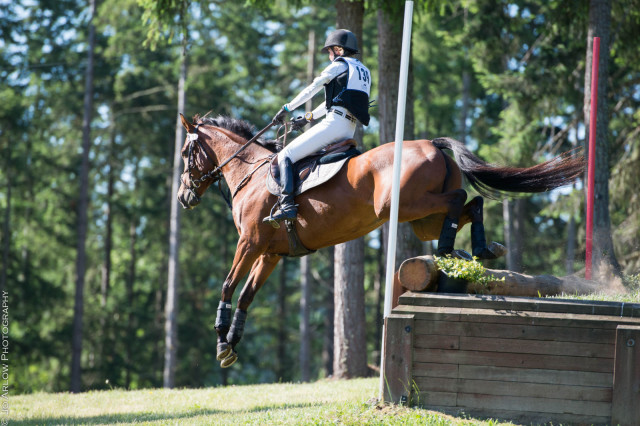 Back again this year were the Zeit Capital LLC Open Challenge classes offered at Training, Novice and Beginner Novice. These classes filled on the first day entries opened and boasted significant cash and prizes for the top finishers. This year’s Zeit Capital LLC Open Challenge winners included Kim Liddell and Olivia’s Choice at Training, Sara Mittleider and La Paz at Novice, and Todd Trewin and Hopeless Wanderer at Beginner Novice. 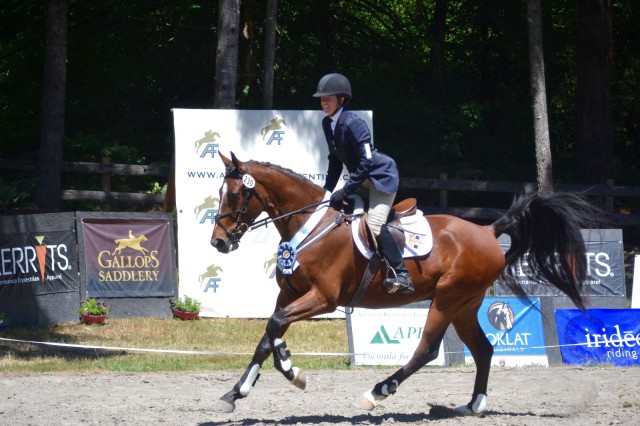 Top finishers in every class received awards and prizes thanks to Aspen Farm’s dedicated sponsors. On Sunday more than $20,000 in cash and prizes were distributed to competitors. 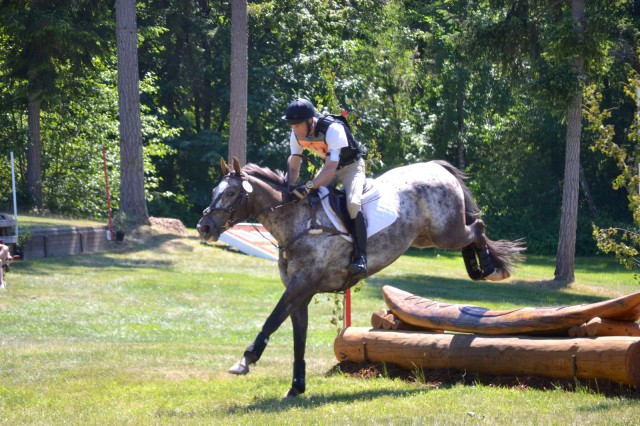 Unfortunately, an accident on cross-country cast a shadow over the show on Sunday afternoon. As previously reported, Calvin, a Thoroughbred gelding competing in Training Rider his owner and rider Holly Severijn, fell and sustained an injury at fence 12 — a log fence after the second water complex.

AFHT crew, volunteers, and vet team responded immediately to provide care to the horse and rider, but Calvin was subsequently euthanized due to the severity of his injury. Area VII’s eventing community feels the weight of this loss.