Kaitlin Harford, a 16-year-old eventer from Callahan, Florida, is blogging about her journey to competing in this year’s Retired Racehorse Project Thoroughbred Makeover  with her OTTB Family Foundation, better known as Sven.

We came back from the Rocking Horse schooling show no worse for the wear, with several new lessons learned. Here’s a recap of the show! 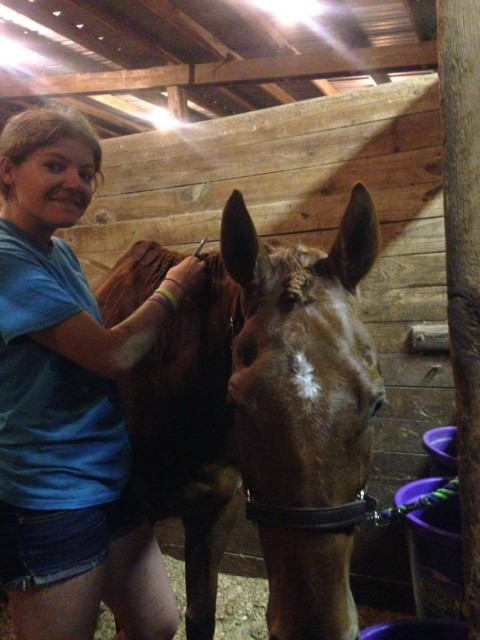 We started by arriving at Rocking Horse super early, but really we were late. We meant to get there to cross country school, but one thing led to another and we got there 10 minutes before schooling closed. So I say we were early because we did mange to get there before 9 o’clock at night. (That was the story at this event, so I consider myself early.)

Both boys got schooled, bathed, and braided. Well, I at least I attempted to braid Sven. It is much harder with a thicker mane. So we just pulled the braids out and I will try again another day. I met another RRP competitor, Suzanne Norris, and we talked all about the RRP and met one other’s horses. 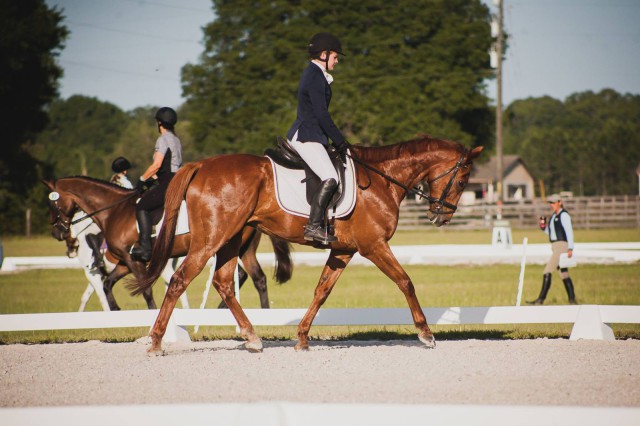 Sven in the dressage. Photo by Jessie Hartford.

Let’s just say I forgot how to ride dressage Saturday morning and these moments pictured were few and far in between. I tried to ride front to back instead of back to front, taking his engine away, but I learned a very valuable lesson there.

This is kind of a better representation of our test. 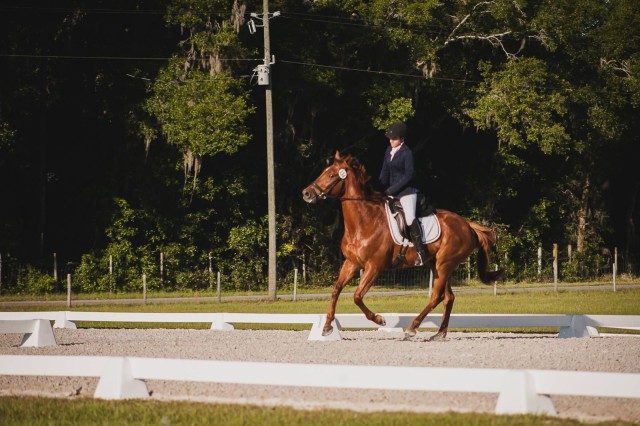 We untacked and sat around the stall for a little bit, eating breakfast and relaxing before the next two phases. Now this is the cutest picture in the world. 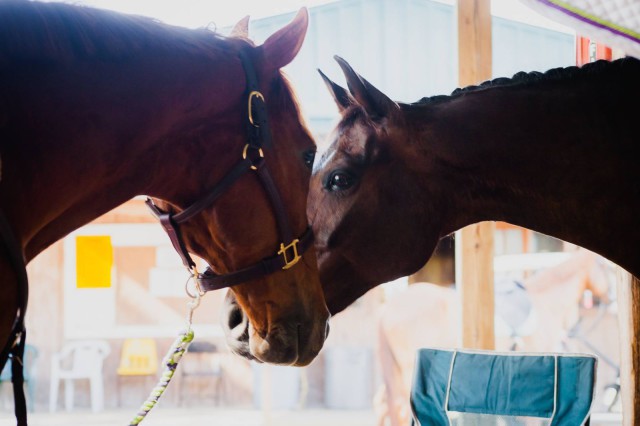 On the way to show jumping we learned that umbrellas are super scary so guess what we get to meet this summer! In warmup I fixed the whole front to back thing and it was one of the best rides I have ever had on him — we put in our first clear round show jump round! I was so proud of him and of myself, too. 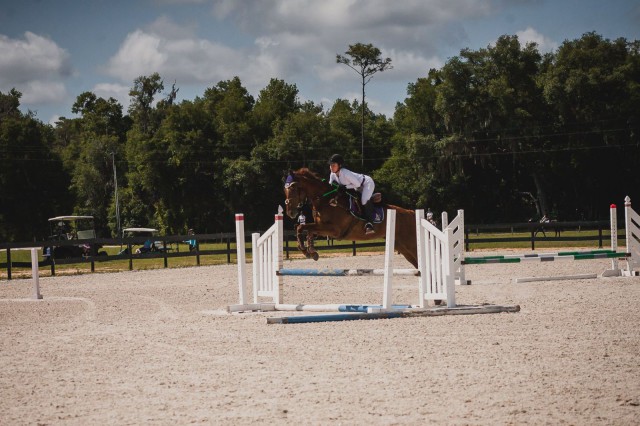 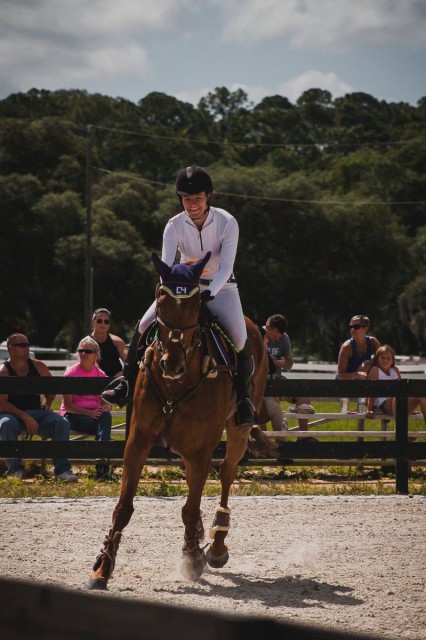 The look on your face when you go double clear. Photo by Jessie Hartford

Next stop, cross country. On the way there he was amped up and ready to go! We went through warmup over jumping everything by a mile.

Out of the startbox got quite squirrely to the first jump, a little tiny log. We came around to a roll top — mind you he has jumped them before — and he was petrified. We circled back and realized it was the people behind the jump making him nervous. But he trusted me and went over it, clearing it by about three feet.

We kept going, jumped the next jump and headed to the fourth. Leg, leg leg was all running through my head. Also the leg forward, deep seat I learned when breaking a Gypsy Vanner for someone. That is a different story.

We came up to the fourth jump and there was a horrible, horse eating monster aka. the photographer on the other side of the fence. We stopped and stared. I walked him up to the jump and as we came back we cleared it — by a mile. I am just waiting to see the photographer’s pictures of this one because we jumped it huge! Jumps five through seven went off without a hitch. Here is jump eight: 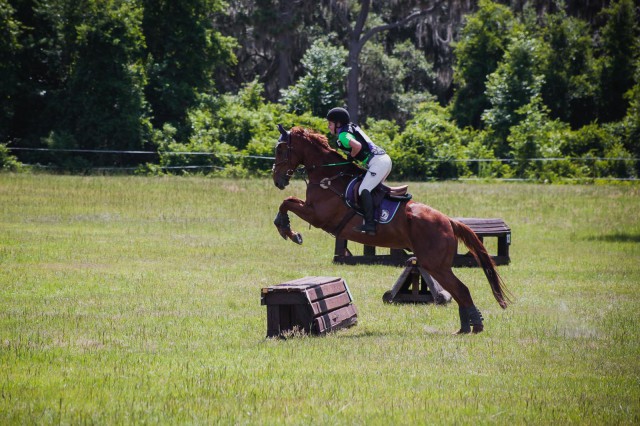 And a video clip of fences nine and 10 and our gallop home. 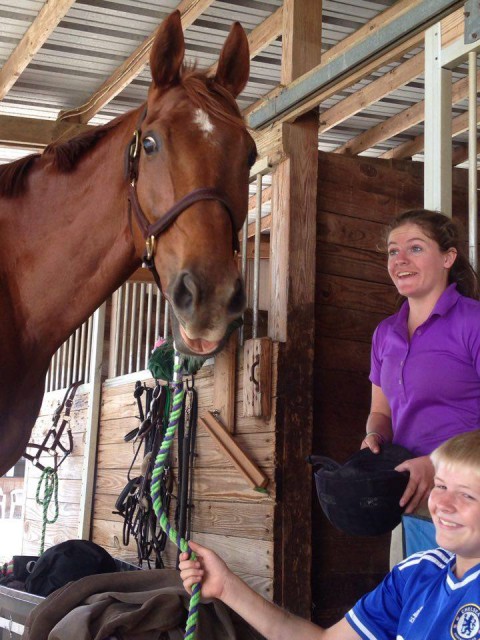 All in all we had a great show, finishing 10th. Have to brag on my other gelding, EZ, because we got a 6.5 on our free walk! That is close to impossible for us — so proud of him! 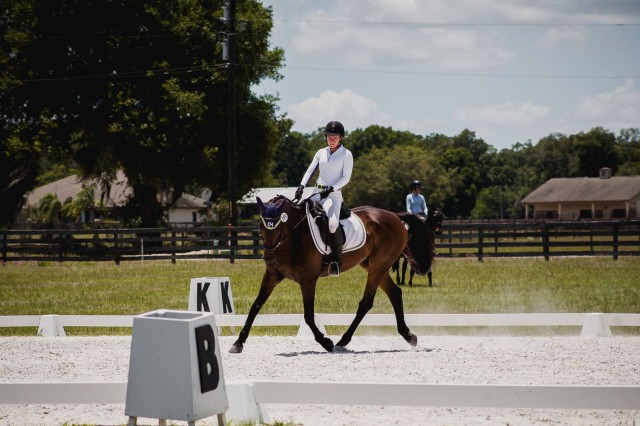