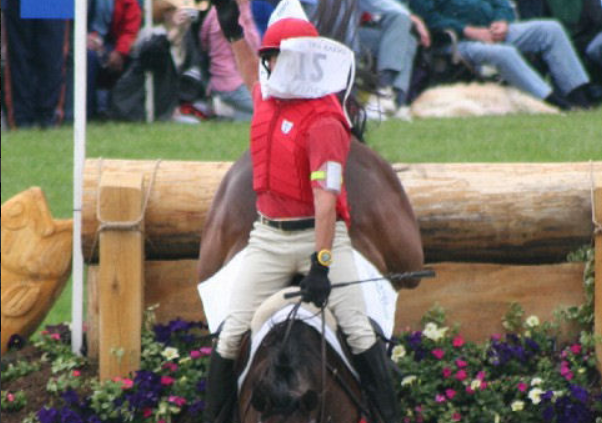 Photo by Gretchen Pelham.
This is exactly what you DON’T want to happen when you’re jumping down a 6’6″ drop.

The year was 2006, and the Head of the Lake was particularly fearsome. The water complex-turned-swimming hole claimed several victims including defending Rolex champion Kim Severson, who had been sitting in 2nd after dressage on Royal Venture, and William Fox-Pitt, whose Coup de Coeur took a tumble on the way in.

Among the small handful of riders who successfully navigated the direct route was Stephen Bradley on Brandenburg’s Joshua, an OTTB who was making his four-star debut. But Bradley didn’t just make short work of the question — he did it blindfolded.

Gretchen Pelham captured this spectacular photo sequence and was kind enough to share: 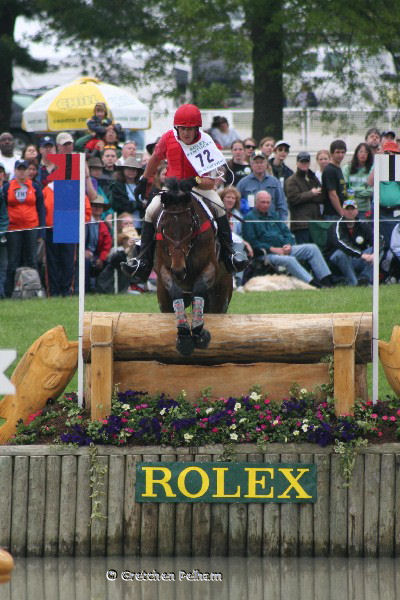 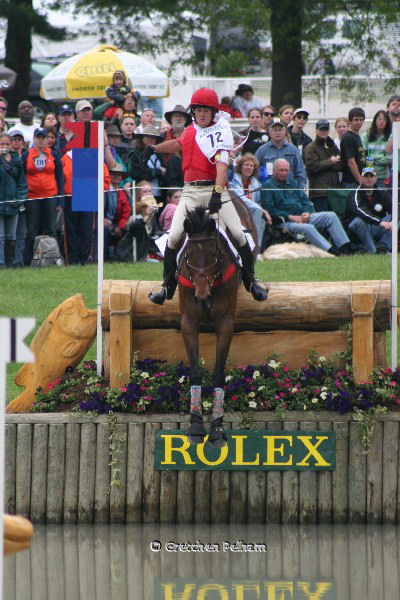 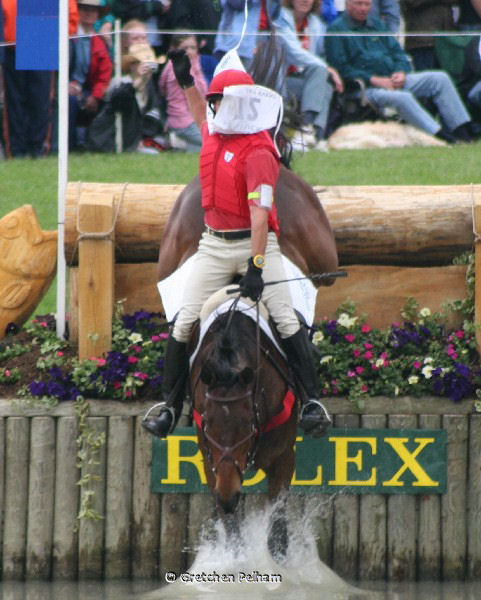 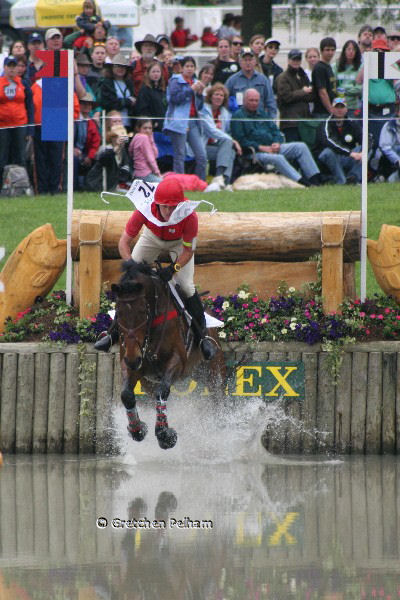 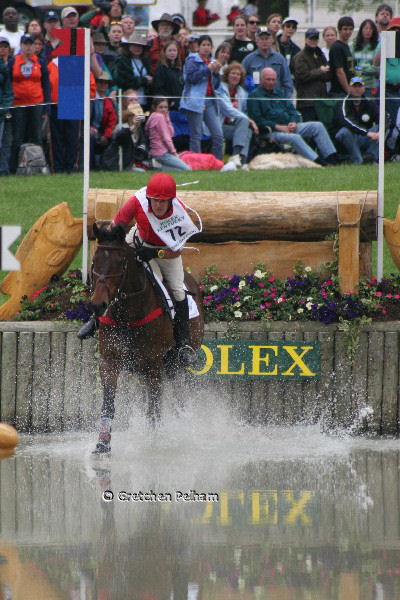 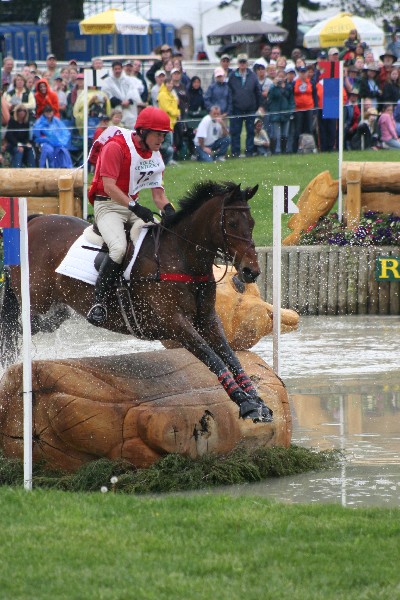 Despite Bradley’s wardrobe malfunction, neither horse nor rider ever took their eye off the ball–metaphorically speaking, at least. So how did they fare on the rest of the course? After coming home clear with only 2.8 time penalties, the pair jumped a foot-perfect show jumping round to finish in 3rd place overall.

Many thanks to Gretchen for sharing. Go Eventing, and don’t forget to double-knot those pinnies!