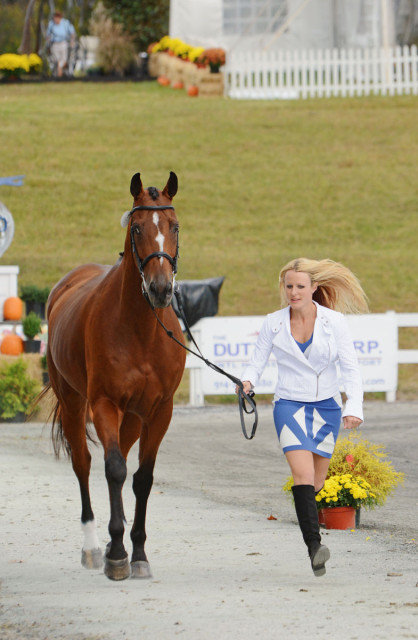 Justine Dutton and Jak My Style. Photo by Jenni Autry.

They will be replaced by two reserves: American based British rider Justine Dutton with Jak My Style, owned by Kathleen Cuca and the rider, and Emily Llewellyn with Emirati Nightsky, owned by Camilla Harries. Congrats, Justine!

She and Emily will join Matthew Heath and his own and Hazel Livesey’s One of a Kind II and Nicky Roncoroni with Lorna McWilliam and Janey Roncoroni’s Watts Burn on the squad.

Canada has announced its Nations Cup team yesterday — we reported on that here. Click here to view the full entry list.

With three events in the series now completed, Great Britain currently hold first place in the overall standings with 270 points following a second place finish at all three competitions. Team USA is tied for fourth place on 80 points with Ireland and Sweden. Click here to view the series leaderboard.

Tickets for Great Meadow are available for sale at this link.