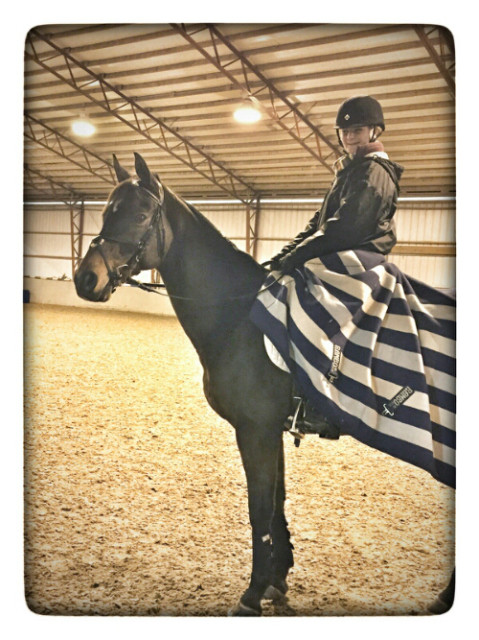 After moving her fledgling business to Ohio, Katy Groesbeck set about making plans for her future, with the first order of business being to figure out what’s next for her upper-level partner Oz the Tin Man. Coming on 18 in the spring, the Anglo-Arabian gelding has partnered with Katy at the Advanced level since 2012, collecting six Advanced completions, four CIC3* completions and one CCI3* finish.

“Wort” traveled with Katy to work at Buck Davidson’s barn for a year, and now she is ready to let a young rider step up to take the reins from her. “He’s not ready to just retire,” Katy said. “I think it will be a great way to keep him competing and teaching someone.”

Katy had entertained the idea of finding a young rider to lease Wort for the year, but had only casually begun looking when a mutual friend mentioned Anna Robinson. Anna, who will be 18 this year, has her sights set on competing in the CH-J* at NAJYRC this year, and she needed a horse to get her there. 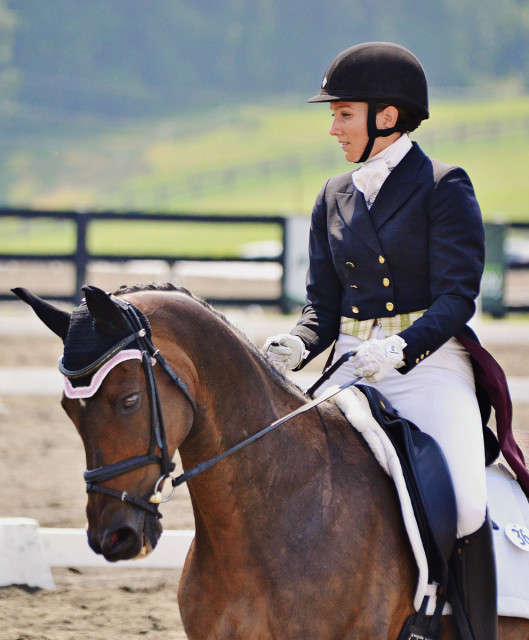 Katy Groesbeck and Oz the Tin Man at Millbrook. Photo by Jenni Autry.

When Anna came out to try Wort for the first time, everyone knew it was a good fit. “He’s like a sports car!” Anna said. “He’s quick on his feet, and he’s smaller than what I’m used to, and he’s a really fun ride and can take care of you but will let you know when you aren’t doing it right.”

Anna plans to train with Katy to prepare for Young Riders and has also ridden with Elinor MacPhail, the resident trainer at Redtail Ridge Farm. “I used to work with Ellie, and I’d travel with her to Florida, but with school coming to an end, I wanted to stay closer to home this year,” she said.

Katy is also excited about Wort’s new job for the year. “I didn’t want it to just be anyone or someone who was just looking for horse to use and then dump at the end of the season,” she said. “Anna has the right attitude and really got on well with him. I think they both have things to learn from each other, and she’s a capable rider that she won’t be just a passenger up there.”

Anna will ride and compete Wort at least through the summer, and then the plans are open ended. “He’ll let me know what he wants to do. Either he can keep teaching at the lower levels, or maybe he’ll step back out with me again,” Katy said. “It’s up to him at this point. He’s not young, but he doesn’t know it.”