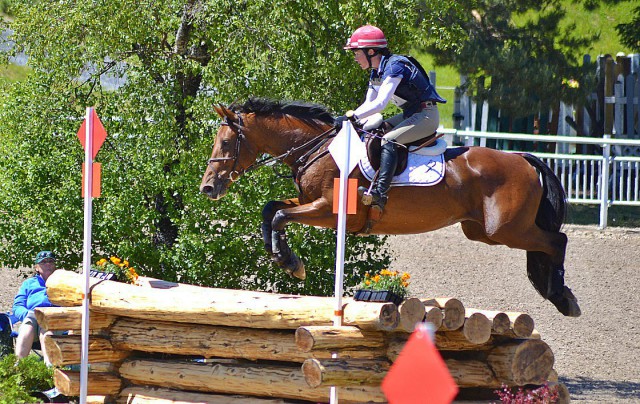 The search for America’s next top event horse has made big strides in recent years, particularly in the realm of identifying and developing budding equine talent.

The USEA’s Young Event Horse program is, obviously, leading the way, with the first group of U.S. horses eligible for the Holekamp/Turner Young Event Horse Lion d’Angers Grant just now coming of age. The grant, founded by Tim and Cheryl Holekamp and Christine Turner, enables the highest scorer of the USEA Young Event Horse 5-year-old Championship to travel to the FEI World Breeding Eventing Championship in France as a 7-year-old if the horse obtains the proper CCI2* qualifications.

America’s ambassador for the 2015 Championship, October 16-19, will be Debbie Adams’ D.A. Duras, ridden by Kelly Prather. Kelly imported the Dutch gelding by Numero Uno from the Netherlands as a 4-year-old and has been methodically bringing him up the levels since. They were the high score winner at the 2013 USEA Young Event Horse Championships and have had several promising finishes in FEI competition, most recently an 8th place in the Bromont CCI2* in June.

Kelly is at Richland Park this week with three horses: Truly Wiley in the CIC3*, D.A. Duras in the CIC2* and D.A. Calimero in Open Prelim. We caught up with her this morning to see how her Le Lion preparations are going:

Best of luck to Kelly and her horses this weekend, and to Kelly and D.A. Duras at Le Lion! We look forward to watching this exciting pair show jump later this afternoon.