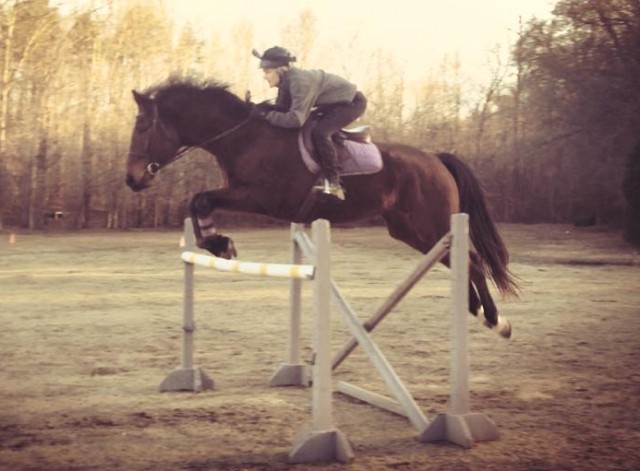 One of our favorite rehab stories, Kelsey Briggs and The Gentleman Pirate.

Last fall, we brought you the inspiring story of Kelsey Briggs and her OTTB, The Gentleman Pirate. Pirate, who will turn 11 this year, broke his neck in a horrible pasture accident a year ago in January and Kelsey was told that she would never be able to ride him again. Against all odds, Pirate miraculously healed and has shown no ill effects from his massive injury. Now, Kelsey and Pirate have set about training to make a comeback no one ever thought was possible.

Kelsey and Pirate previously competed at the Intermediate level with hopes to move up to Advanced. Now, they are building up fitness to be able to attempt a comeback at the Intermediate level. “I had to take it slow early on,” Kelsey said. “He just steps over a 3-foot fence, though, so I had to keep reminding myself to keep it slow.” After keeping the jumps small and working on Pirate’s flatwork for a few months, Kelsey gradually began raising the fences. Pirate did not show any hesitation or discomfort as the height progressed, instead cantering right up to the base of the jump and easily cantering away as it if were a ground pole. 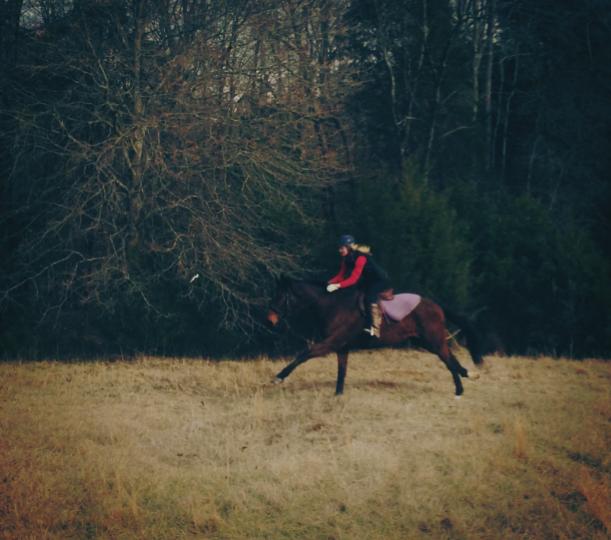 Pirate happy to be back out galloping again.

One concern that Kelsey had bringing Pirate back was soft tissue damage or scar tissue forming around the location of the break. “The bigger the fence, the more concussion there is on the horse’s body as whole. Working in a higher, upper level frame can cause more strain on a horse,” Kelsey said. “These are all things you tend not to think about as much until your horse breaks his neck.” In taking Pirate’s comeback step by step, Kelsey has been nothing short of amazed at the ease with which her valiant horse undertakes each task.

While Pirate’s injury and subsequent recovery has put a hold on Kelsey’s ambition of competing at the Advanced level, she is also looking at this process as a blessing in disguise. “I’ve been really strict about doing everything correctly. I’ve had to do a lot more on my own than some others have, and while it’s not ideal, it’s just had to be that way for my situation,” Kelsey said of her independent operation. “Looking back, I realize that there may have been some gaps in this horse’s training that, coming back this time, I’ve been able to fill in.” Kelsey feels that Pirate is training better than ever, and she thinks that taking her training back to foundation level for awhile has really helped the pair prepare to come out swinging this season. 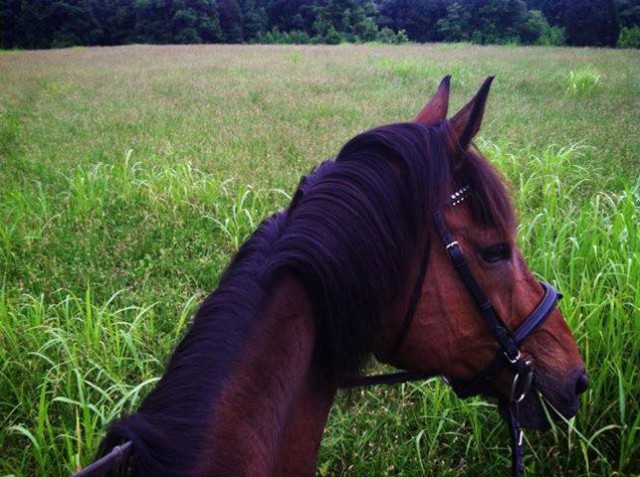 Kelsey plans to run Pirate in a Prelim-Training division first this spring. The end goal is to move back up to Intermediate, but Kelsey is going to let Pirate tell her what to do and when. “I certainly don’t want to rush him. But if I don’t make (Intermediate) my goal, then I won’t take the steps to make that happen.”

Kelsey and Pirate’s story is certainly one for the ages, and we look forward to checking in with this courageous pair as they get back into the groove of competition together. For more information on Kelsey and Pirate, visit her website or Facebook page.