Kendal Lehari will don purple cross-country colors at Red Hills this weekend in honor of her best friend Chelsea Kerstens, who suffers from epilepsy. Read on to learn more about how you can help support research for this disease. Many thanks to Kendal for writing. 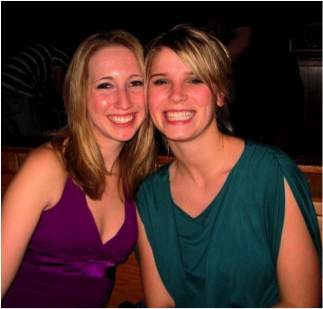 Kendal and Chelsea at university together.

Every March, Canadians across the world wear purple in support of Epilepsy Awareness Month. Purple is not exactly my favourite colour, nor is it particularly becoming on my 16.3, 9-year-old OTTB gelding, Totally Frank. But as we tackle the new Advanced course on March 8 at Red Hills in Tallahassee, Fla., we’ll both be sporting the violet hue in support of this noble cause. Epilespsy is a disorder that hits close to home for me, since both my aunt and my best friend, Chelsea Kerstens, suffer from it.

Chelsea and I have been best friends since we were 4 years old. We met during our first day of junior kindergarten and grew up together in Uxbridge, Ontario, eventually going on to be roommates at the University of Guelph. Chelsea was a great, but atypical, roommate. She had her first seizure when she was 14, and by the time we started university, the doctors still hadn’t found a way to manage them. I saw firsthand how tough this disorder was to live with. 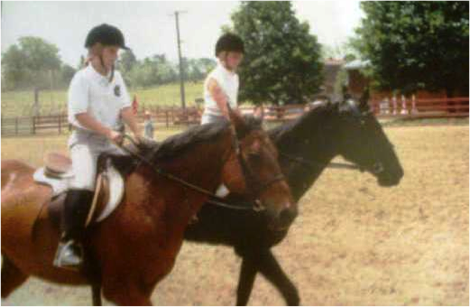 Kendal and Chelsea at a fun show in Uxbridge, Ontario.

Chelsea is a fighter, though, and even though the seizures affected her ability to have a normal university lifestyle, they never dampened her positive attitude or her unwavering determination to build a normal life. With the help of many doctors, Chelsea has now been seizure free for two years. She has gotten her driver’s license and is finally gaining that independence, which she strived to have for so long.

Chelsea is hiking the Grand Canyon in October with a group of volunteers to raise $45,000 for epilepsy research, and Frank and I are going to do everything we can ─  including wearing purple cross country ─ to support her. This is a great cause! If you would like to help out and donate, please click here. And if you’re at Red Hills and see Frank and I in our purple gear, don’t hesitate to come and say hello or ask us any questions. We will also have a donation box set up.