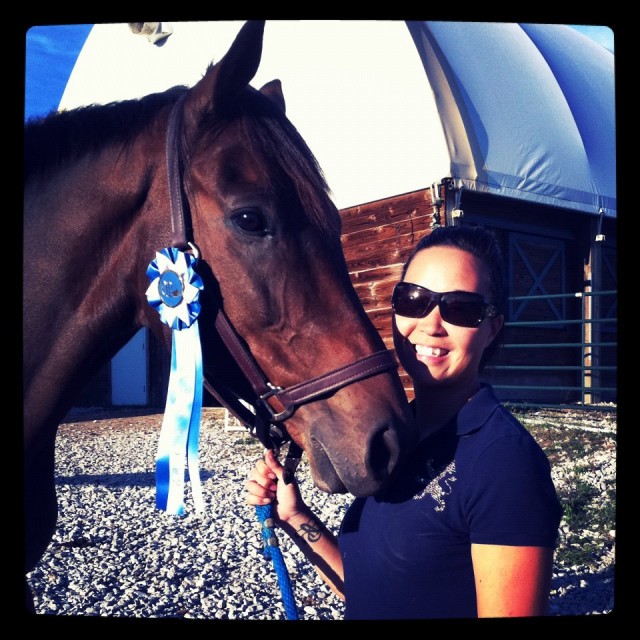 I’ve been fortunate enough to have that special bond with a horse who means the world to me. Out of all of the horses I have been privileged to interact with throughout my life, there is one that will always be the one who truly made me realize how much riding is dependent on having a genuine partnership with your horse.

When this horse came into my life, I was between leases and just kind of piddling around on various horses at the barn. My trainer at the time told me to try him one day. The poor thing had just recovered from a terrible bout of strangles that almost claimed his life, and he was out of shape and scraggly. Our first ride was unremarkable. He didn’t have a lot in the way of education, but he tried hard and took everything I asked in stride. And so our journey began.

Within a few months, his coat transformed from dull and shaggy to sleek and shiny. His muscle tone improved, and soon enough, he learned to recognize the sound of my car pulling into the lot, always greeting me with a tossed head out his window and an affectionate whinny. I’m telling you, there is no better feeling in the world than knowing your horse is waiting for you at the barn each day.

This horse would never be an upper-level horse, nor would he earn the highest marks in dressage or get the fastest round in the jumpers. But that wasn’t important to me. What was important was building the relationship that we had, learning new things together and reaching new goals. I knew him well enough to know exactly when he would spook and what would cause it (usually plastic bags). I knew that I could put a dead beginner on him and that he would just putz around on a long rein, never setting a foot wrong, but that as soon as I would get on him, he would immediately try to see exactly how much spooking and naughty antics he could get away with. 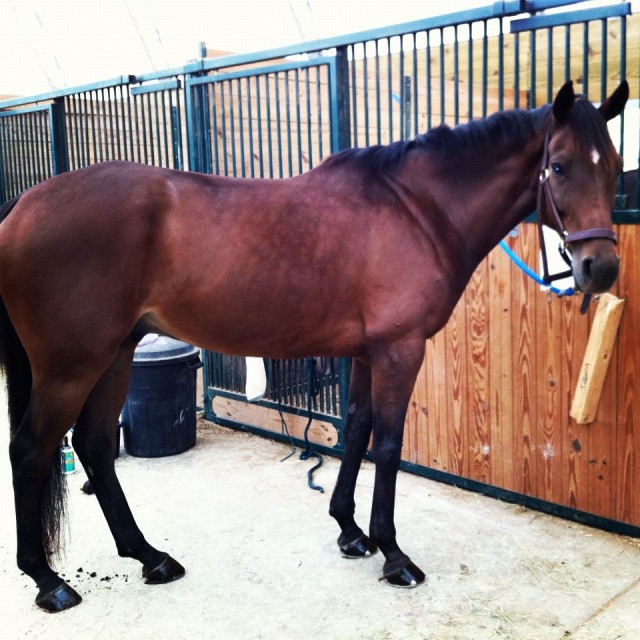 A few months after I began riding Sutton, his coat had dapples and he was happy again.

After about a year together, I fell victim to my own bad decisions and had to make the impossible decision to let my horse go. My trainer found a good home for him, and he moved on to the next chapter in his life. I fell into a deep depression, knowing that everything that had happened was 100 percent my fault and that, had I been more responsible, he would still be mine.

I took the better part of the last two years off from riding. I competed with one of my trainer’s horses over one summer, but dropped out once again due to poor planning on my part. I found myself unmotivated and bitter, two characteristics that are completely unlike me. I realized that losing my partner felt like I had lost a part of myself.

Riding is a sport that requires dedication and, truthfully, a slight obsession. In order to reach your goals and move forward, you have to be willing to work harder than you have ever worked before. It is difficult to start over in a new city with a new trainer and new horses. It is heartbreaking to think that I could have had my horse with me if I had just planned ahead. It is discouraging to come back from a break and know that your body will argue with you every step of the way as you struggle to achieve even the simplest thing, like half-halting your horse when he gets too quick. It is exhausting to think of the uphill climb you have to make after you have to take a few steps back from the one thing in the world you love the most.

Do you give up? Of course not. Every decision that we make and the resulting consequence serves as a lesson. We pick up the pieces from each lesson and move forward, confident in our newly found knowledge. If you ask me, the biggest motivating factor at work here is knowing that in a few months, a few years, however long it takes, I will look back and see exactly how far I have come, both as a rider and as a person. This sport makes you grow up fast, and you absolutely must look at each experience as a learning opportunity that will help shape you into the rider you deserve to be.

Keep kicking on, and go eventing.