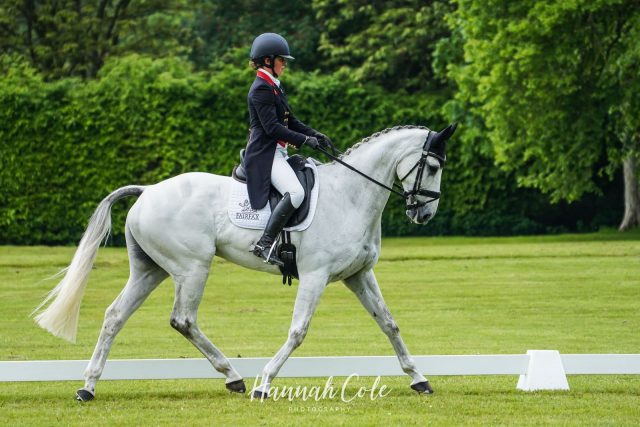 Kitty King and Vendredi Biats seal the deal for the overnight lead. Photo by Hannah Cole.

For all our talk yesterday about the joy of watching the soon-to-be-superstars of the eventing circuit make their mark on the leaderboard, as overnight leader Jilsonne van Bareelhof did for China’s Alex Hua Tian, today’s best efforts were delivered by some very familiar names indeed.

Though Jilsonne van Bareelhof – or ‘Chocs’ – remains firmly in contention on his score of 24.3, he couldn’t quite cling onto his lead today when Kitty King and top horse Vendredi Biats inched into the top spot with a 24. It’ll come as no surprise to avid watchers of the sport that ‘Froggy’ threw down a great mark; the expressive and charismatic Selle Français gelding, who won Bramham CCI4*-L in 2019, has consistently proven himself a force to be reckoned with in this phase. But nevertheless, Kitty has walked away from nearly every test feeling as though not everything went quite to plan — until today.

“There’s always one little something that’s annoying, but today we didn’t have one of those ‘somethings’, so that was much better,” says Kitty, who was recently named to the British Olympic squad long list with the gelding. “We’re nearly getting there, so that’s good. It was great ground for him to work on, and I was really happy with him; he did his changes well and it was really solid, which is what we’ve been working at with him – just going in and consistently getting those solid performances.” 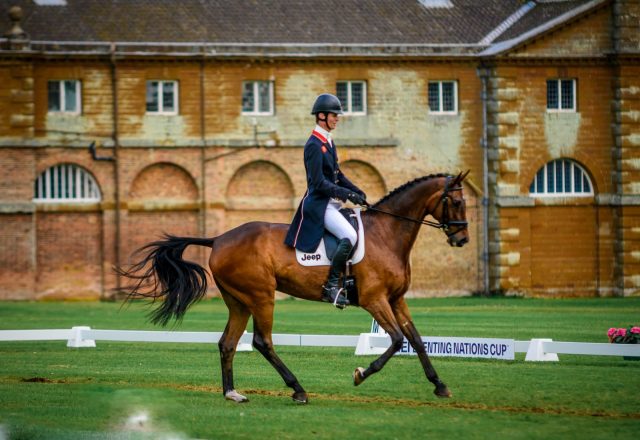 Slotting in behind yesterday’s leaders is William Fox-Pitt and his five-star partner Little Fire, who put a 25.4 on the board. This marks the third consecutive sub-26 score for the 12-year-old gelding, who finished ninth at Badminton in 2019 and missed out on a placing at this month’s Aston le Walls CCI4*-S by dint of 10.8 expensive time penalties. We’ve watch him get increasingly extravagant in his movement as he’s gained in strength and experience, and today’s performance was a real clear round for the natural performer. 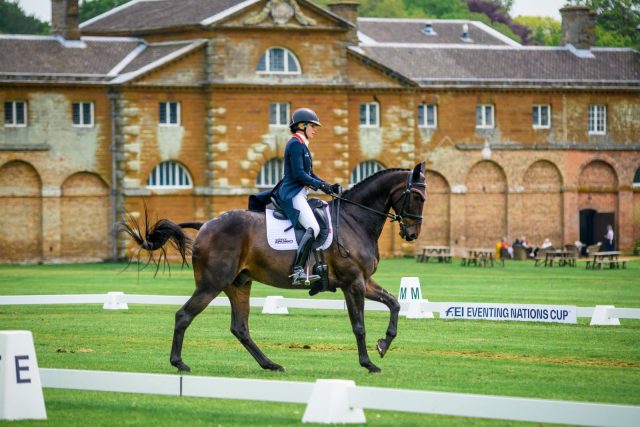 Sarah Bullimore and Conpierre, who had originally been aimed at Luhmühlen before Germany’s ban on UK travellers, produced a tidy test for 27 and overnight fourth, despite some minor lapses in the connection early in the test. Like many of his rerouted compatriots, he’s now likely to head to Bicton for his next run, where Bramham’s CCI4*-L and CCI4*-S classes will be run. Joining him there will be provisionally fifth-placed Therese Viklund and Viscera, representing Sweden and sitting on a 27.5 in this tough marking class.

Today’s update is a markedly short one, because this phase isn’t quite over yet – we’ll be revisiting the dressage arena tomorrow morning for one short, final session in which the three Nations Cup teams will throw down their first-phase efforts. Then we’ll head into showjumping through the afternoon — so stay tuned for plenty of in-depth updates on the action.

Until then, Go Eventing!

The top ten after the second day of dressage in Houghton’s CCIO4*-S. 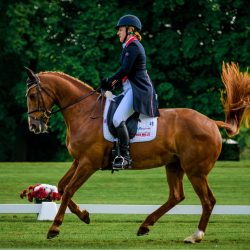 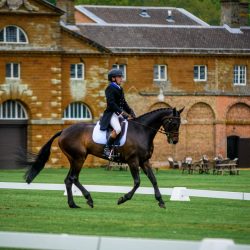 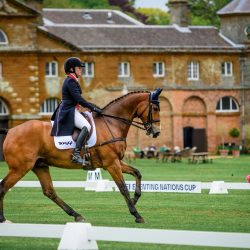 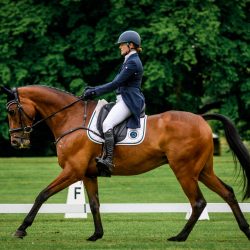 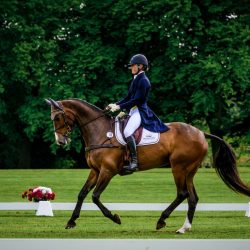 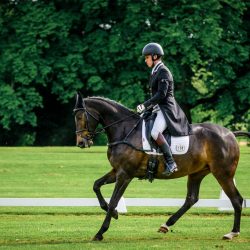 Tom Crisp and Liberty and Glory. Photo by Tilly Berendt. 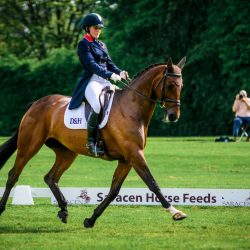 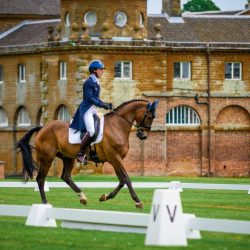 This is an angle I like to call “I’m on the ground trying to read the German consulate’s website, and I’m going to make the very best of it.” Photo by Tilly Berendt. 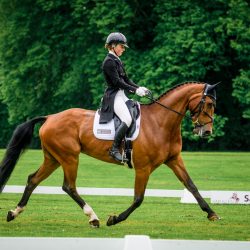 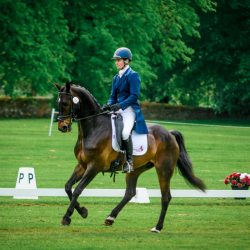 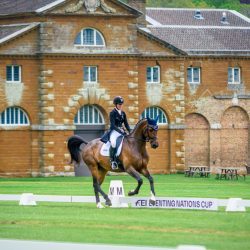 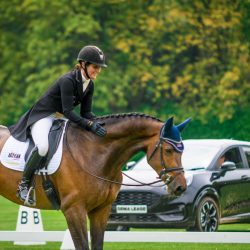 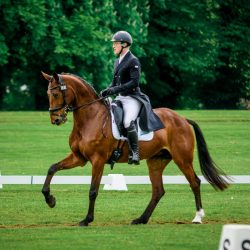 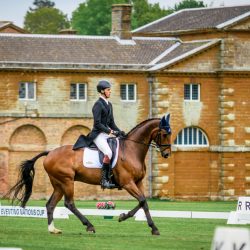 Will Rawlin and VIP Vinnie. Photo by Tilly Berendt. 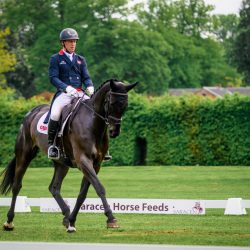 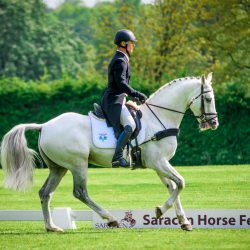 Mike Jackson and PSH Promise Me. Photo by Tilly Berendt. 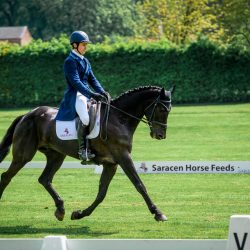 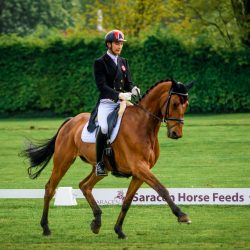