We were treated to an earlier-than-usual announcement of Team USA for the upcoming Tokyo Olympics, which were postponed from their original dates in 2020 to run in July and August of this summer. The eventing will take place from Thursday, July 30 through Monday, August 2 in Tokyo, Japan and the U.S. team is as follows:

We caught up with the three team members and traveling alternate for their reactions to the news: 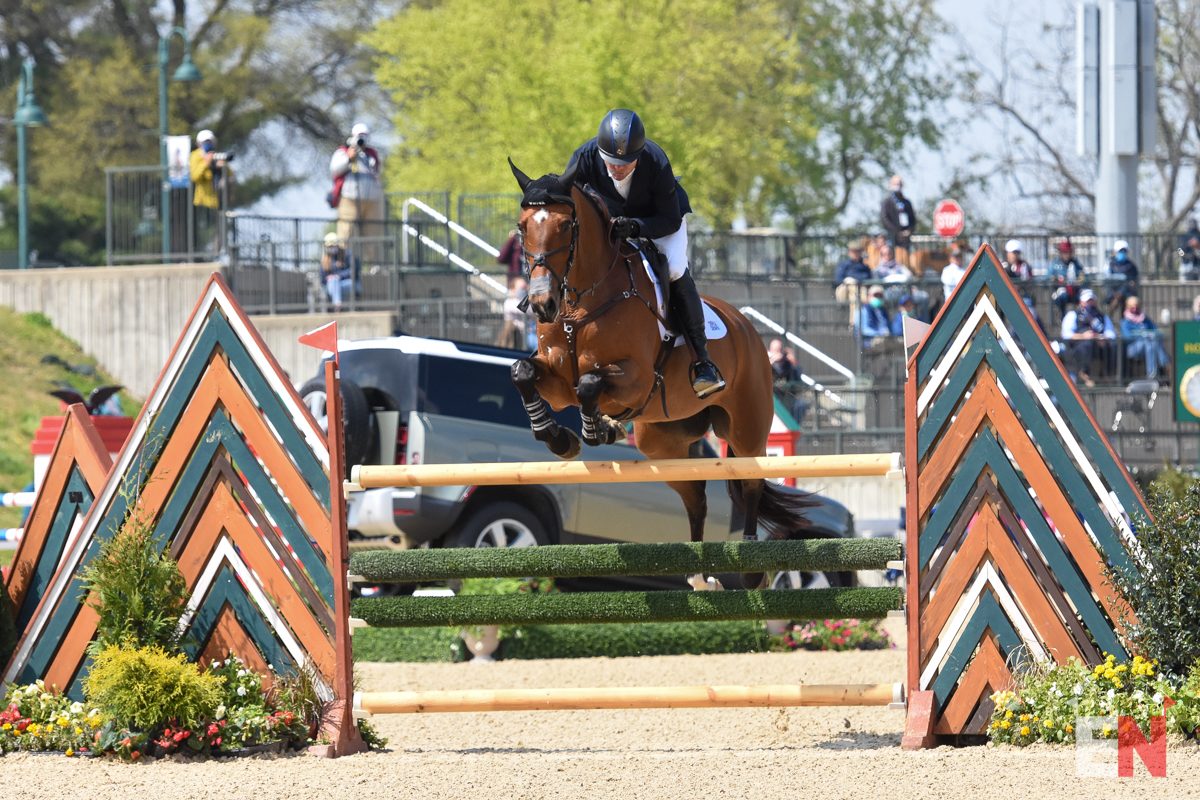 At the age of 57, Phillip Dutton once again proves that age is no more than a number as he looks ahead to his seventh Olympic Games. He first competed at the Olympics in Atlanta in 1996, representing Australia and helping the team earn a gold medal aboard True Blue Girdwood. His first Olympics as a member of Team USA was Beijing in 2008. In 2016, Phillip earned individual bronze with Mighty Nice. This year he brings forth the 13-year-old Zangersheide gelding, Z, as his partner for Tokyo. Acquired from Portugal in 2015, Z would go on to be Phillip’s 2018 World Equestrian Games partner and collect numerous top placings at the four- and five-star level.

“(All of my horses are) on a trajectory, whether it’s this cycle or the next one, but it’s good timing for Z,” Phillip said. “Obviously last year I felt ready, but this year is even more so and he’s getting better and improving and hopefully can be a real asset to the U.S. team. I think he’s improved on a lot of things, little parts of each phase and so I think it’s been a beneficial time for him.”

As for it being his seventh Olympics, Phillip says it still gives him as much of a thrill as it did the first time. “It’s a great honor and privilege,” he said. “This will be my seventh Olympics and it still hasn’t altered from the first time: I’m really humbled and privileged to be selected to represent my country and I’ll be doing everything I can to make sure that we don’t let anyone down.” 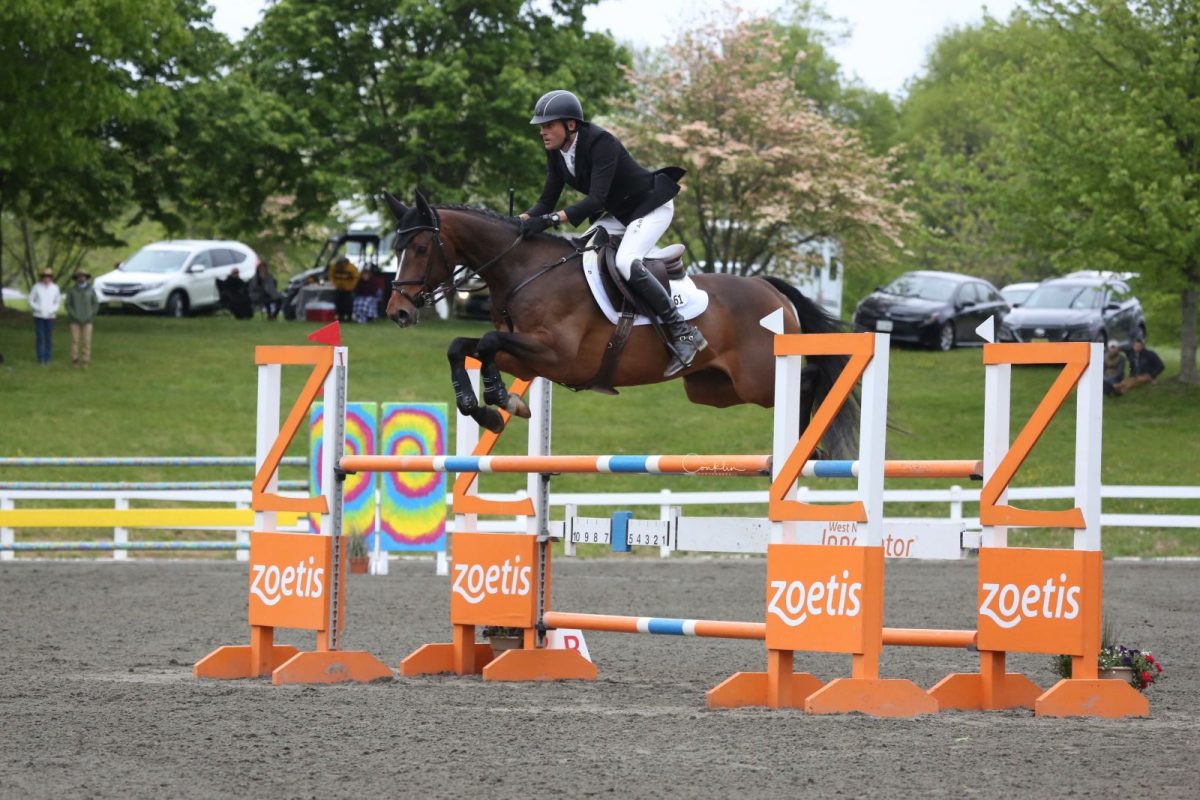 This will be the third Olympic appearance for Boyd Martin, who first represented the U.S. in 2012 at the Games in London. He was also a member of the U.S. team in the 2016 Rio de Janeiro Olympics.

“I’m very grateful to be named on the Olympic team,” he said. “To me, this is a huge privilege and honor to represent your country. By saying that, it’s not a time for celebration. We have a mission ahead of us and the goal is never to just make the team — it’s to go to battle in ‘the land of the rising sun’ and for these three horses to put in an absolute sensational performance. The next couple of months are going to be mega-focused and a lot of hard work and I believe we will get to Tokyo with no stone left unturned.”

Luke 140, owned by the Luke 140 Syndicate, took up the top spot on the list of Martin rides, a testament to the selectors’ belief that this rising talent is peaking at just the right time.

“It’s hugely impressive that had the Olympics been a year ago, Luke 140 wouldn’t have even been on the radar,” Boyd said. “So it speaks to his talent and tenacity that he’s stepped up to be my Tokyo ride this year. I can’t thank the owners enough for believing in his potential and bringing him over from Germany to take this trip with me.”

It was a bit of a surprise to see Luke 140, one of the lesser experienced horses at the top of Boyd’s string, get the nod from the selectors over Christine and Tommie Turner’s Tsetserleg TSF and also over the 15-year-old Anglo-European mare On Cue, also owned by the Turner family, who finished fourth at Kentucky last month. Boyd and “Thomas” had an unfortunate parting of ways just a few from home at Kentucky, but the fact that the Trakehner gelding by Windfall has the depth of experience that he does can’t be denied. So it’s bit of a tough spot for Boyd, who is always emphatic about not favoring any of his star horses over their stablemates but recognizes the long partnership he has with Tsetserleg.

“I do feel a bit of the heartbreak that Chris and Tommie Turner are feeling today,” Boyd said. “The family has backed me and a group of horses for many years, and it would have been a great reward for them to see Thomas go to the Olympics. They do own a couple of shares in Luke, so they still will have that huge honor of having a horse in the Olympics. But their devotion to Thomas is a huge part of any success I’ve had with him.” 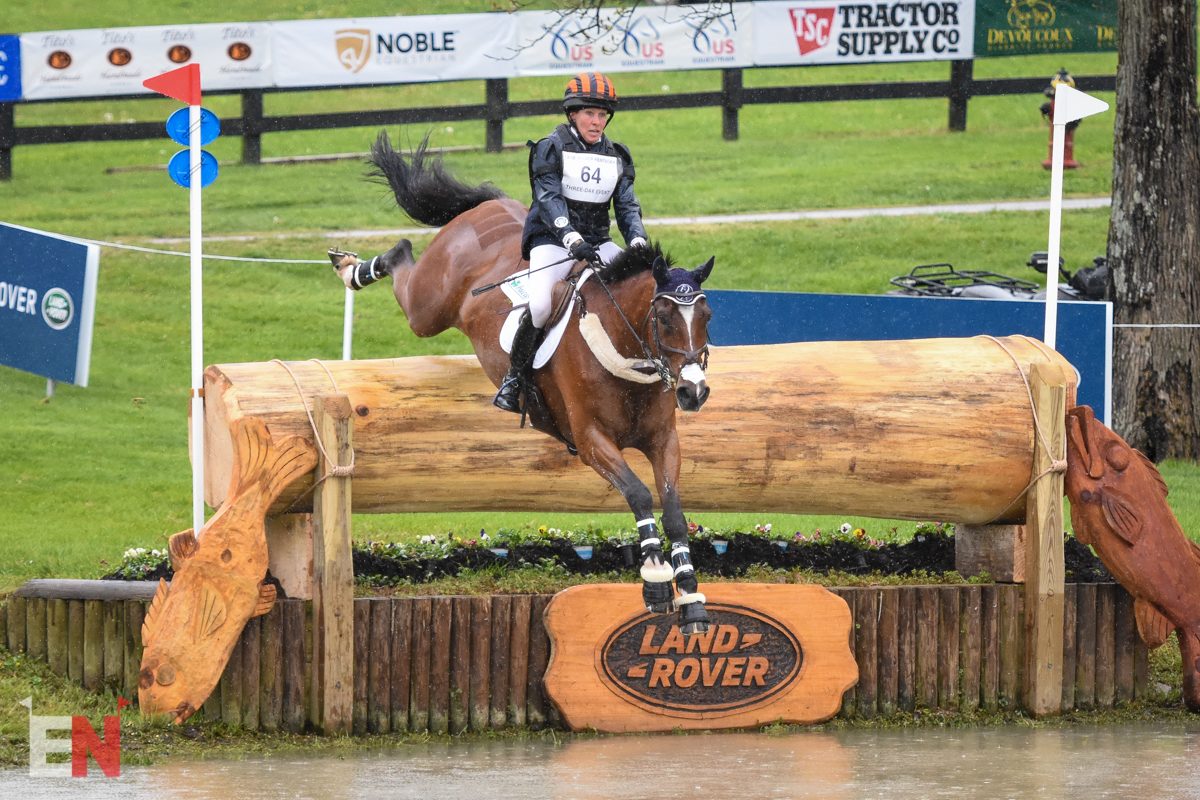 Earning her first Olympic berth is Liz Halliday-Sharp, who will represent the U.S. aboard Ocala Horse Properties’ Deniro Z, a 13-year-old KWPN gelding who finished 10th at Kentucky last month. Named as the reserve for the 2018 World Equestrian Games and the traveling reserve for the 2019 Pan American Games, Liz knows how it feels to be right there on the cusp of what has been a lifelong dream and goal of hers — and now, she finally gets her turn to shine.

“I’m overwhelmed, I’m honored, I’m excited!” she told EN. “It’s my first Olympic Games so it’s really exciting and I’m so happy for my owners and team and my family and everyone who has helped us get to this point. It truly is a group effort.”

Despite her success on the racetrack — she completed the grueling 24 Hours of Le Mans race in 2006, finishing fourth, among multiple other top finishes before retiring from driving in 2012 — Liz says nothing can quite compare to the elation she’s feeling at yesterday’s news. “I think nothing feels like the Olympics, it’s been my dream since I was a kid — my entire life,” she said. “There’s nothing quite like that, so this is the dream come true.” 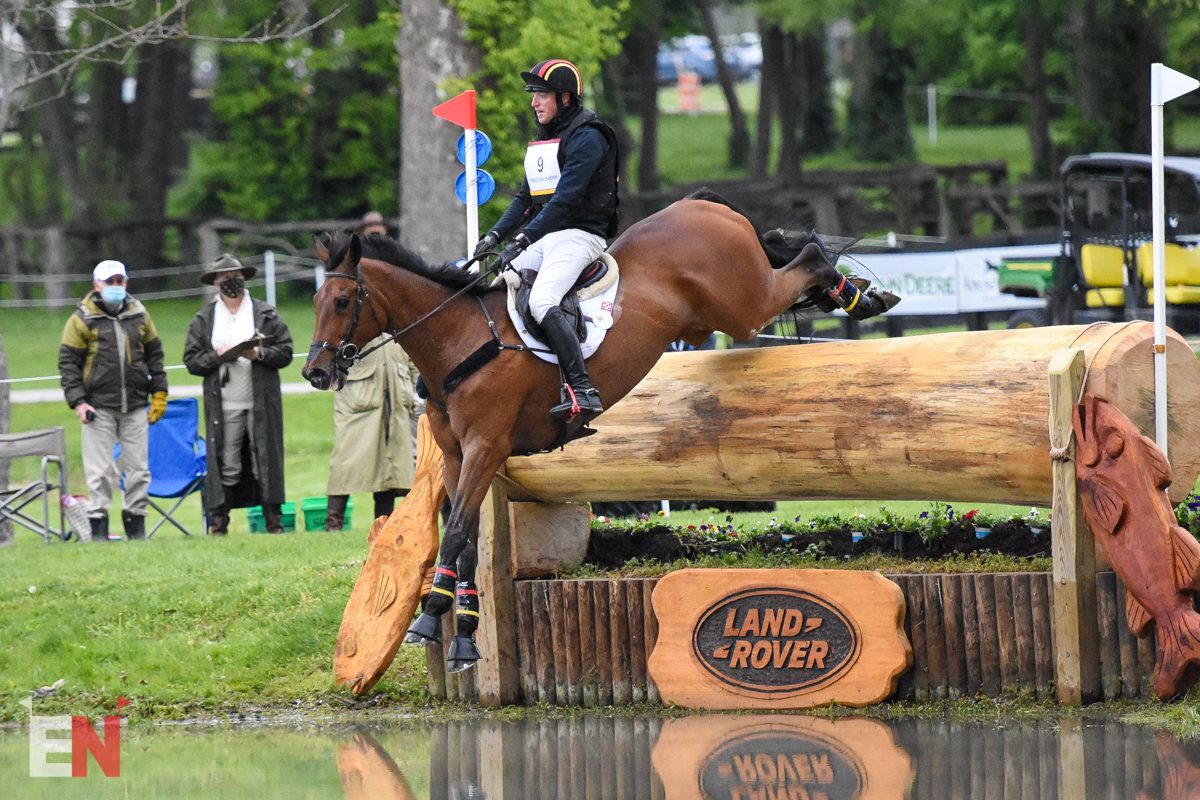 Doug Payne and Debi Crowley’s Vandiver will step into the role of Traveling Reserve this year, which takes on a unique position given the format changes to the Olympic eventing for this cycle. To read up on these changes, click here. Essentially, a Reserve pair can be substituted in at any point in the competition (unless the disqualified/eliminated pair is eliminated for dangerous riding or abuse of horse), with a corresponding penalty. Will this make it more likely that we’ll see Doug and Vandiver step in to save the day in Tokyo? It’s anyone’s guess, but Doug’s taking the responsibility seriously.

“I think it’s one of those things that we’re still so far away and when you look historically and there is often some sort of turnover,” he said, “And without a doubt you don’t wish that on anyone, and it’s clearly my responsibility to step in if called upon. If not, we’ll provide as much support for the team as possible.”

Vandiver will come back into fitness from his run at Kentucky to be prepared to contest the Olympics should the team need him. It’s the first Olympic nod Doug has earned – he’s no stranger to team competition, though, having helped Team USA to a gold medal at the 2019 Pan American Games aboard Starr Witness. “It’s a tremendous honor and something you’ve worked your life for,” he said. “And to have the opportunity to potentially represent your country is pretty special. We’re very lucky to have the support of Debi and Kevin (Crowley) who bred him, and our family and friends and everyone – it’s just an awesome feeling.”

Vandiver, Doug says, is like a finely aged wine or whiskey, coming out stronger and better each year. At the age of 17 this year, the proud representative of the Trakehner breed (and of U.S. breeding!) sired by Windfall is ticking along as well as ever. “We’re very lucky with him,” Doug said. “Funny enough as he’s gotten older, he’s gotten sounder and stronger and better, so it’s a unique set-up. Honestly, we’re getting toward the backside of his competitive career but I think he’s got a lot left to give – it’s wild to think about and very special.”