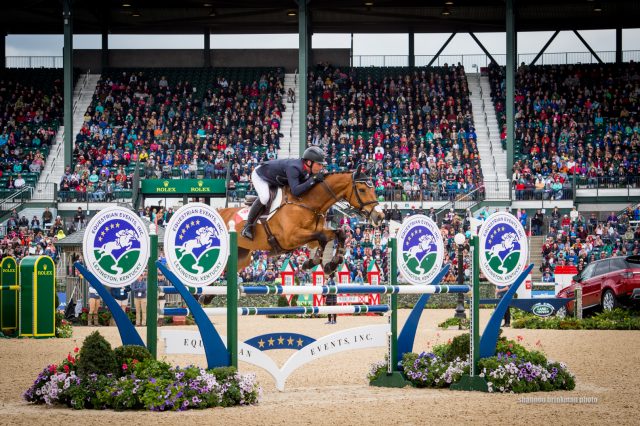 We regret to inform you that the organizing body of the Land Rover Kentucky Three-Day Event, Equestrian Events, Inc. (EEI) has elected to cancel the 2021 event due to ongoing coronavirus complications. The nonprofit organization had previously expressed concerns about the viability of the event should the state of Kentucky and/or the USEF limit or prohibit spectators.

A press release sent via email by EEI reads as follows:

The Land Rover Kentucky Three-Day Event presented by MARS Equestrian™ (LRK3DE) will not hold its famed Five Star three-day event this year, previously scheduled for April 22-25. The Kentucky CSI3* Invitational Grand Prix presented by Hagyard Equine Medical Institute and other events are being explored to be held over that weekend but without spectators.

“We have been working with US Equestrian, the Kentucky Horse Park, and state and local government on several different scenarios for April,” said Mike Cooper, president of Equestrian Events, Inc. (EEI) which produces the world-class event. “With so many uncertainties still remaining regarding the COVID-19 pandemic, it is premature for US Equestrian to remove its restrictions on spectators. Given the importance of the health and well-being of our spectators and competitors, we feel the only option at this time is to cancel the Five Star Event and hopefully proceed with other events that our fans can enjoy via livestream and other outlets.”

Among the other competitions being considered is a new CCI-4*-S which will likely feature many of the same horses and riders that would have been competing in the Five Star, plus the Kentucky CSI3* Invitational Grand Prix which normally takes place on Saturday afternoon.

“While disappointing that all our fans can’t join us again this April,” added Lee Carter, EEI executive director, “we are excited that some of those same fans can now compete in new levels we will be offering during the ‘Best Weekend All Year!’ April 21-25 … Save the Date! Plans are being developed and will be communicated as approved.”

Spectators, patrons, vendors and sponsors who paid for the 2020 event and chose to roll their money over for 2021 will have the option of full refunds or rolling their money over again for 2022. Ticket holders can expect an email regarding their options. Sponsors may choose to be part of whatever events are held in 2021 with new agreements that fit this year’s situation.

“We want to thank everyone who has been so patient throughout this difficult process,” Carter added. “We remain committed to all our supporters across the country and around the world and we look forward to putting on a great event this spring and welcoming everyone back for our full-scale Land Rover Kentucky Three-Day Event Five Star, with the Kentucky CSI3* Invitational Grand Prix, in 2022!”

Known as “The Best Weekend All Year,” LRK3DE is one of only seven annual Five Star three-day events in the world along with Badminton and Burghley in England; Luhmuhlen in Germany; Pau in France; Adelaide in Australia and the new Five Star event in Maryland. As the United States’ premier three-day event, LRK3DE serves as the Land Rover/USEF CCI-5*-L Eventing National Championship Presented by MARS Equestrian™ for U.S. athletes. The event was scheduled to return to the Kentucky Horse Park in Lexington, KY, April 22-25.