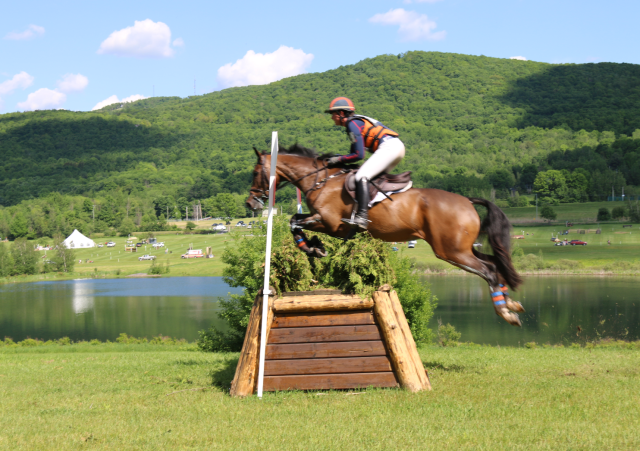 Double-clear rounds are gold here at Bromont and Lauren Kieffer knows how to produce them. When dressage leader Ashley Adams and Da Vinci Code had a stop early on the course, the window of opportunity opened for second-placed Lauren and she seized it, sealing the deal with a fast, faultless round on Meadowlark’s Scarlett. Her other ride, Landmark’s Monte Carlo, made an even bigger move up the leaderboard, from eighth place into third. Likewise, Buck Davidson moved up from seventh to second on Captain Jack.

Lauren and Buck just stopped by the media tent to tell us about their day. Lauren explained that, since it was Meadowbrook’s Scarlett’s first CCI, she went out on course planning to play it by ear. “I came out, in the back of my head to try to be competitive, but I also wanted to give her a chance to just jump around and get a qualifying and have a good CCI because you really don’t know how their fitness is their first CCI — they’ve never run that far,” she explained. “And she’s only seven so I actually went a bit steady in the beginning, because I just wanted to make sure she had enough gas in the tank.”

Both horses, she said, have plenty of scope and don’t want to touch the rails but that Bromont’s big show jumping atmosphere will be another first. “I just hope they’ll both be sound and happy and do their best tomorrow,” she said.

Buck also said that making the time was a bit of an afterthought on his ride, Captain Jack — the OTTB has a somewhat spotty record but midway through the course Jack was feeling good and Buck was feeling competitive, so they went for it. Buck sat on the horse the first time just two weeks ago when he rode him in the Prelim at Flora Lea. He felt like the horse had a shot at being in the top five at Bromont, the owner was game, and the rest is history.  “He’s a very good jumper, very brave,” Buck said. “I enjoyed riding him. He was just relaxed, happy, ears up the whole way.” 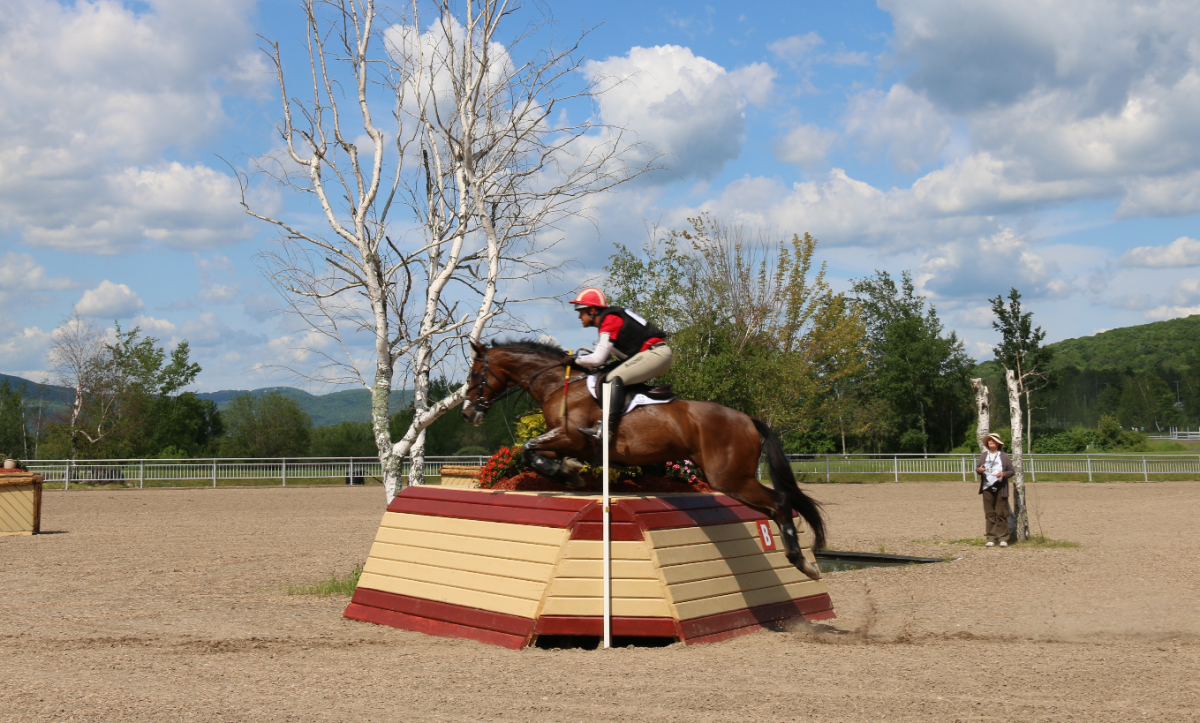 Rounding out the top four in the CCI2* were Colleen Loach on Freespirit in fourth and Ryan Wood on Fernhill Classic in fifth. 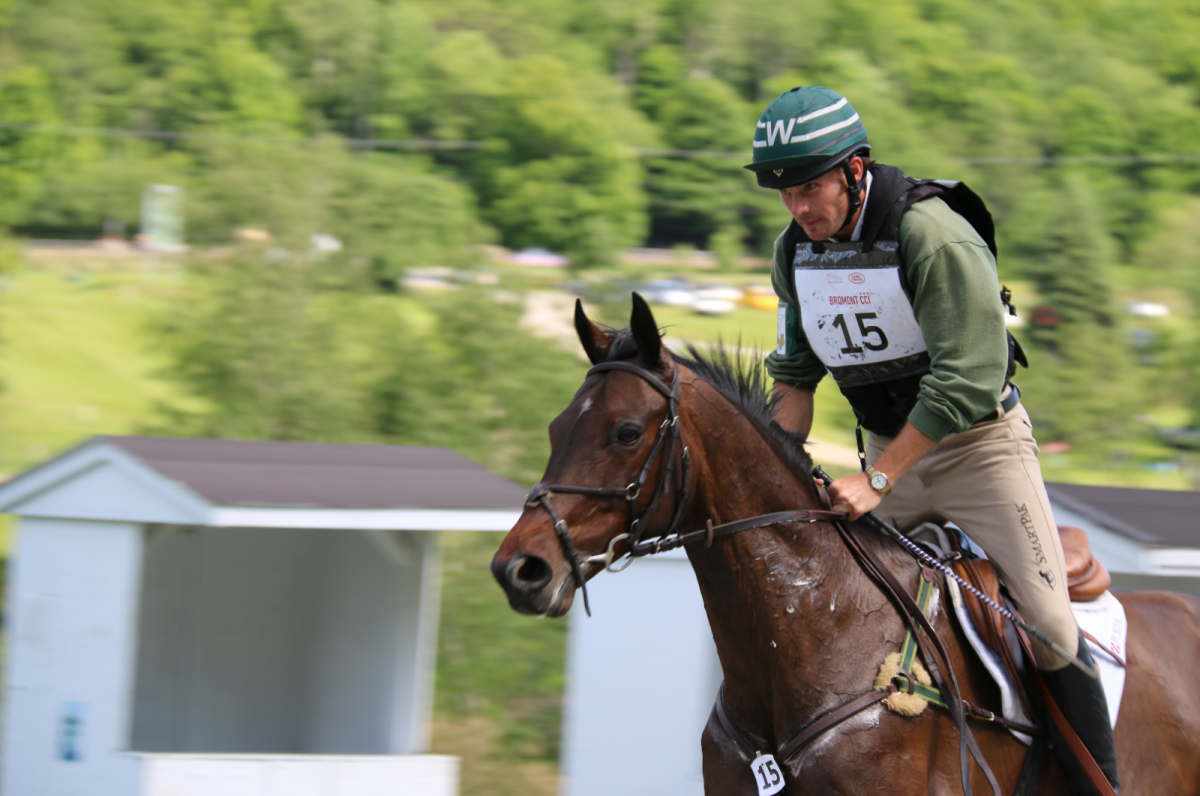 The CCI2* course saw more issues on course than the other divisions but they were scattered pretty evenly throughout the course. More cross-country odds ‘n’ ends to come! You can’t get enough! Allez Concours Complet! 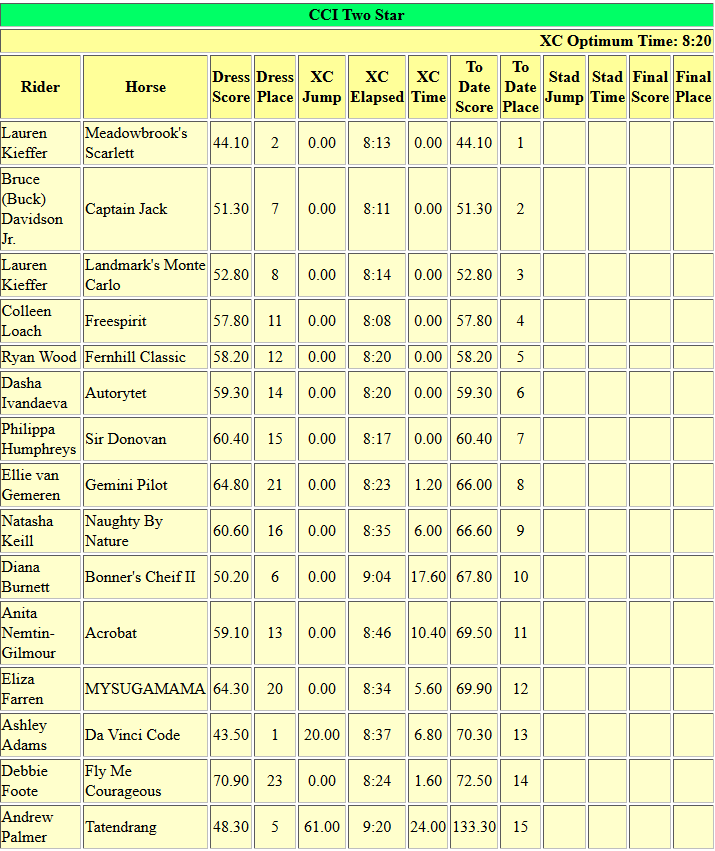