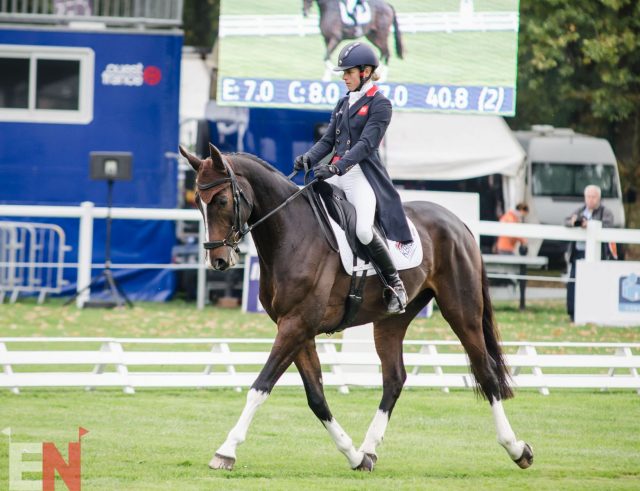 There have been some worthy efforts this morning at Le Lion d’Angers, but no one could catch the reigning queen of the six-year-olds. Izzy Taylor and Monkeying Around hold their lead going into tomorrow’s cross country, with Paul Tapner and Sarah Bullimore maintaining second and third place, respectively. 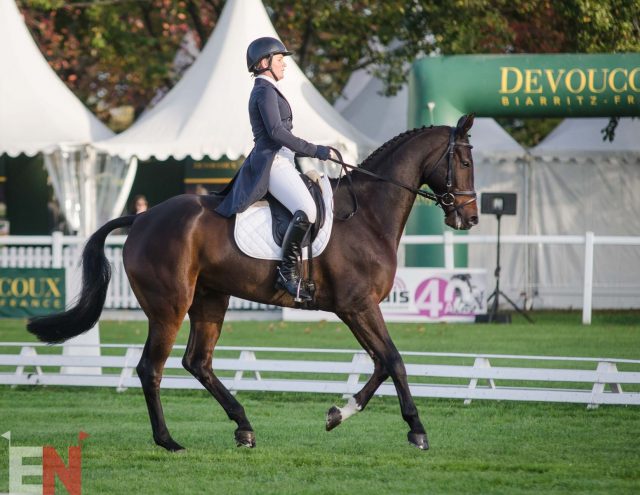 Elizabeth Power and DSL The Entertainer move into equal third in the six-year-old class. Photo by Tilly Berendt.

One combination that made an impression on the judge’s was Ireland’s Elizabeth Power and DSL The Entertainer. This is the horse’s debut at CCI* level, but he added just one pole to his dressage score of 37.3 to finish 2nd in the CIC* at Millstreet in Ireland, so they could be in the hunt at the end of the weekend. The clean and confident test the pair produced today hinted at a horse who’s perhaps more mature for his age than some of his competition, and was rewarded with a 41 to sit in equal third place with Sarah Bullimore and Corouet. 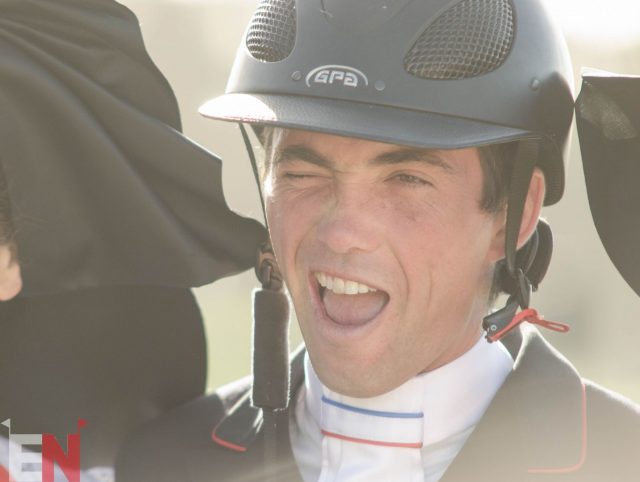 I’m told that Mathieu Lemoine did actually ride a horse at some point today. I guess I was distracted? Photo by Tilly Berendt.

The home nation saw another of its riders move into a competitive place on the leaderboard as Mathieu Lemoine and the aptly-named Better Win posted a 43 for seventh place. Mathieu has an enviable record of cross country success: in his 20 international completions this season, he’s only added 20 penalties once, added time penalties twice, and retired once. Otherwise, he’s finished on his dressage score in 10 of those 20 competitions, so expect to see him still in contention on Sunday morning. 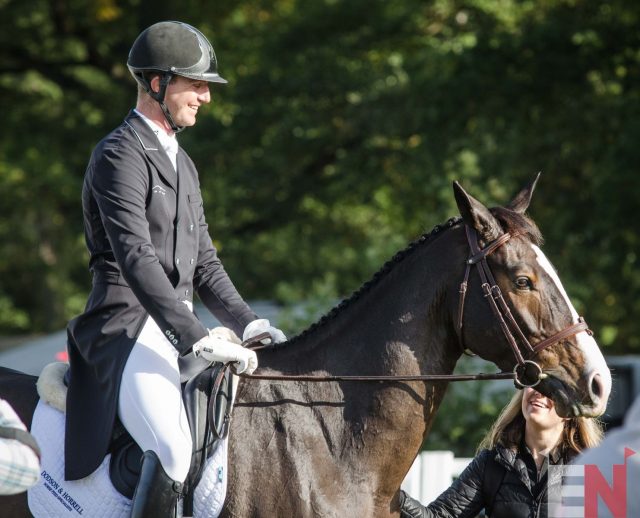 Jesse Campbell and I Spye celebrate after a competitive test. Photo by Tilly Berendt.

Kiwi talent Jesse Campbell also snuck into the top ten, posting a 43.4 with I Spye. The youngster has had an up-and-down season, with five top-ten finishes at Novice (Preliminary) level and 11th and 9th place finishes at his first two CIC* attempts, but two eliminations, one at Novice and one at CIC* level. He went to the British Young Horse Championships as a final prep run before Le Lion, scoring 47.6 and pulling a rail before being withdrawn prior to cross-country. It’s clear that this is a horse that can pull out a big result on his day, so Jesse will likely aim to give him a steady, confidence-building ride around the cross country course, rather than riding for the time. 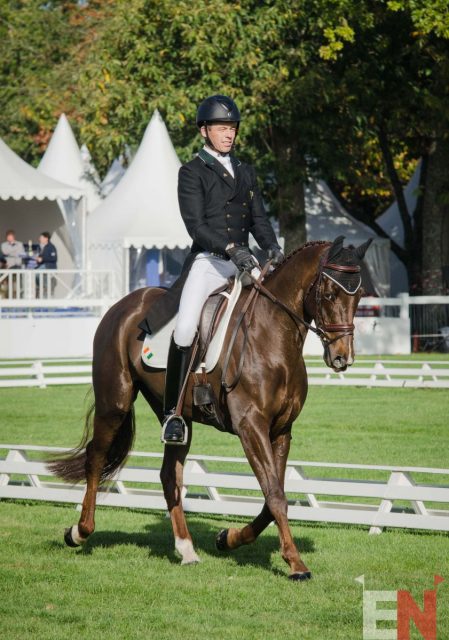 Jonty Evans and John the Bull round out the top ten in the six-year-old class. Photo by Tilly Berendt.

Another Irish rider rounded out the top ten, which currently spans six nations. Jonty Evans rode a quiet, tidy test aboard John the Bull to score a 45.6 and take tenth place. Cross country is this horse’s strong point: he hasn’t had a jumping penalty since April 2016 at his second-ever event, and, says Jonty, “he’s probably the best cross country horse I’ve ever sat on.” He came 6th, 6th and 8th in his three CIC* runs so Jonty will be looking to produce two fast, clear rounds in order to climb the leaderboard.

Tiana Coudray and G go into cross country in 22nd place, while Liz Halliday-Sharp and Cooley Quicksilver sit in 36th. The sole Canadian representative in the class, Mike Winter with Centre, is in 46th place.

That’s it for the six-year-olds now, but we’ll be back this afternoon with all the latest news from the seven-year-old championship, so keep it locked onto EN!

The top ten in the six-year-old CCI* going into tomorrow’s cross country.