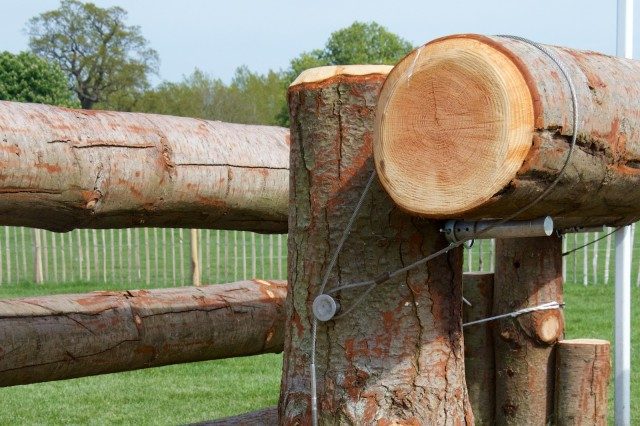 Following a strong statement from the United States Eventing Association calling for the mandatory use of frangible technology on certain types of cross country fences, Canada has now also expressed support for the movement to place North America firmly at the forefront of the fight to bolster safety in eventing.

“The time has come to take a stronger stance on the usage of frangible technology in the sport of eventing,” the USEA said. “We as the leaders of the sport have the moral obligation to say that the time for use of all currently available safety technology is now.

The Canadian Eventing Committee has also called for frangible technology on all open rail fences, gates, oxers and oxer corners, with Peter Gray, committee chair, telling Horse-Canada.com: “There are still too many serious accidents in the sport that I would err on the side of caution and require frangibles.”

UK course designer and builder David Morton has long called for more widespread use of frangible technology. He penned a passionate open letter earlier this month following the death of 29-year-old Maxime Debost in a rotational fall at the Châteaubriant CCI1* on Sept. 23, 2017.

“Rotational falls are horrific for all concerned,” David said. “67 families (since 1993) can testify to the heart break, countless more riders have suffered major trauma from falls, which have been life changing for some. The statistics prove that frangible technology does work and is reducing the number of traumatic accidents.“

The Board of the International Eventing Officials Club, a group recognized by the FEI, also has spoken out in support of the USEA’s position. “The Board of the IEOC fully supports the USEA statement on frangible technology and asks all members who agree to ask support from their National Federations.”

William Micklem, who has written extensively on the topic of safety for EN, said, “There are obviously many factors relating to safe cross country riding apart from the design and placement of the fences themselves. This includes the skill and experience of the rider; the training and experience of the horse; the current physical and mental ability and health of rider and horse; the advice or instructions that are given to the rider; and the footing and weather conditions.

“Using frangible technology will not alter the fact that a horse and rider will still need a progressive education, and will still need to be judged according to their ability to jump a specified height and width and combination of fences at a specified speed. All the fundamental demands of cross country riding will remain despite frangible technology.

The FEI said in a statement that approximately 3,500 frangible devices are currently in use at international events around the world, and “not all of these countries have the immediate resources and knowledge to support the correct implementation of frangible technology.”

“It is the FEI’s role to provide the necessary educational and logistical support to national federations to enable them to source approved devices, ensure their correct use and ultimately decide when the time is right to make their use compulsory so that frangible technology is used effectively worldwide,” the FEI said.

“It is important to note that frangible devices are one element in a wide spectrum of risk management initiatives and, while they are clearly an important component, they will not in themselves eliminate all risk from the sport.”

The FEI General Assembly will be held in Uruguay from Nov. 18-21, with voting taking place on rule changes that will go into effect starting Jan. 1, 2018. David Morton and William Micklem are encouraging other National Federations to join the U.S. and Canada in supporting a rule change to require the mandatory use of reverse frangible technology on all open rail fences, gates, oxers and oxer corners.

How can you help? SHARE this article and ask your National Federation to show support at next month’s FEI General Assembly for the mandatory use of frangible technology on cross country courses. Click here to find contact information for all National Federations.

This article was updated on October 24 to include a statement from the International Eventing Officials Club.