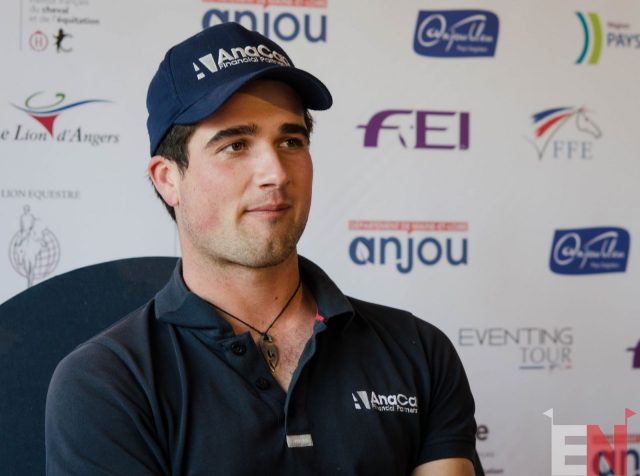 James Avery in the post-dressage press conference. He holds the lead in the seven-year-old championship with Vitali. Photo by Tilly Berendt.

The top spots were well-protected throughout the day at Le Lion, as James Avery followed Izzy Taylor’s example to hold his lead in the seven-year-old class with Vitali.

“He’s really starting to come into his own and get the hang of eventing – he’s really cool,” said James of the former Jock Paget ride. “He’s got a good brain, which is really helpful. He’s a great jumper and there’s plenty for him to do out there [on the cross country course] tomorrow, so hopefully he’s fit enough! It’ll be a new thing for him to see a lot of people but we’ll do our best. It’s all a learning curve with the young ones. 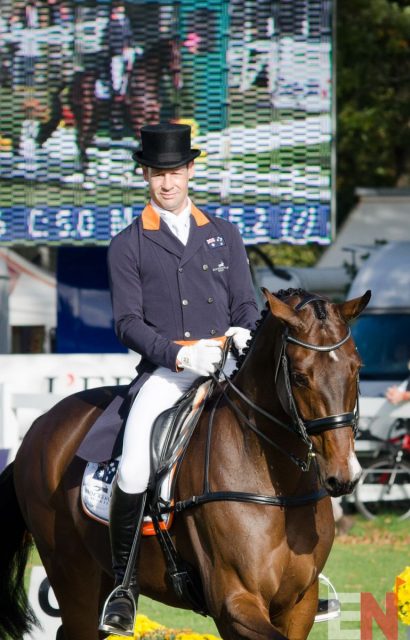 Second place was clinched for the home nation by Jean Lou Bigot and Aktion de Belheme, and Germany’s Stephanie Bohe and Classic Royetta moved into third, pushing Mary King and King Robert down to fourth overnight. Australia’s Chris Burton earned a 44.4 with Lawtown Boy to claim fifth place, putting him into a competitive position going into the phase at which he excels. 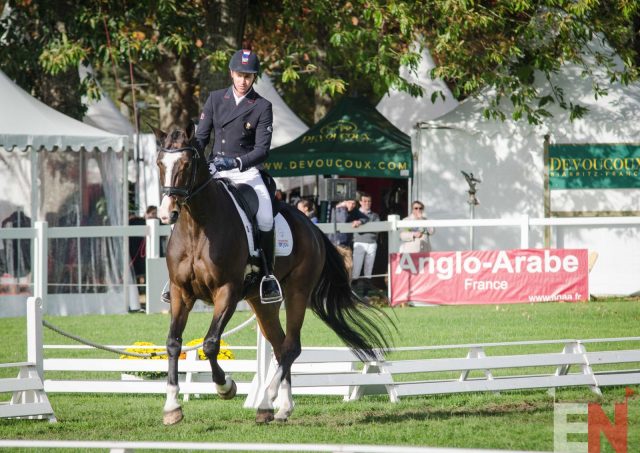 Tom Carlile put in another strong performance, scoring 44.6 with Atos Barbotiere (doesn’t that name give you lovely flashbacks?!) to sit in equal sixth, tied with teammate Astier Nicolas. 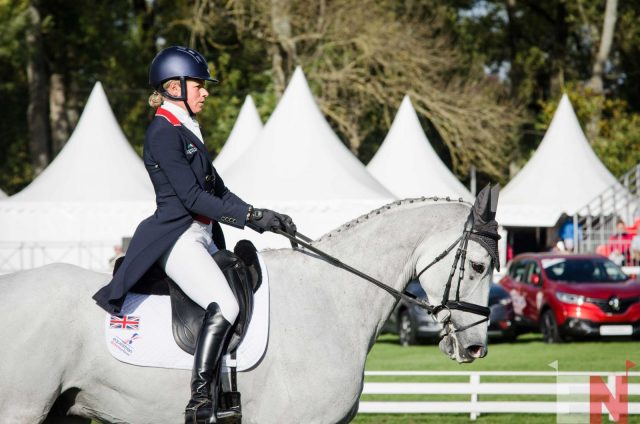 Not one to do things by halves, Izzy Taylor added another good test to the week’s tally, holding down the fort in ninth place with Direct Cassino on a score of 45.5. Her teammate Laura Collett sits in equal tenth place with Sir Papillon. In five international runs, the horse has never had a cross country jumping penalty and has added time penalties twice, so Laura will be aiming for another double clear over the long track. 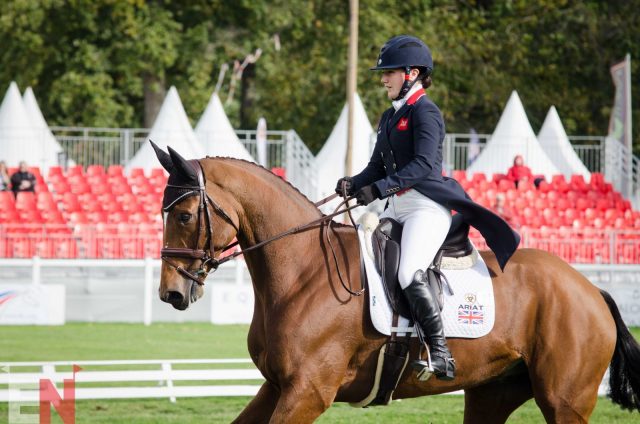 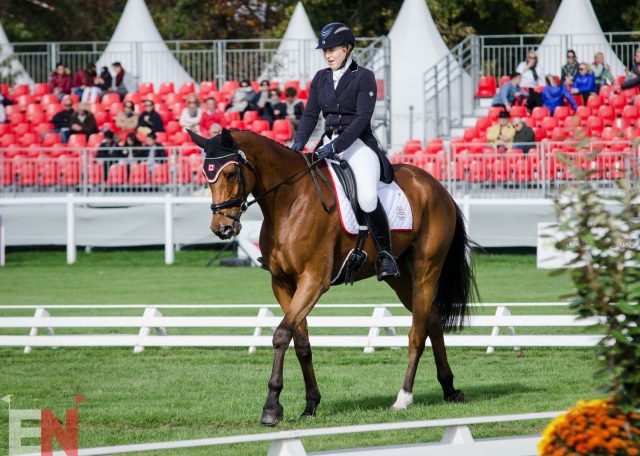 Canada’s Madison Penfound sits in 53rd place with QEH Ocean Voyage on a score of 59.6.

The cross country starts tomorrow at 10.30am local time/3.30am EST, beginning with the six-year-olds. We’ll be bringing you all the action as it happens, plus some insight into the beautiful course. In the meantime, macaron consumption will be at an all-time high. Au revoir! 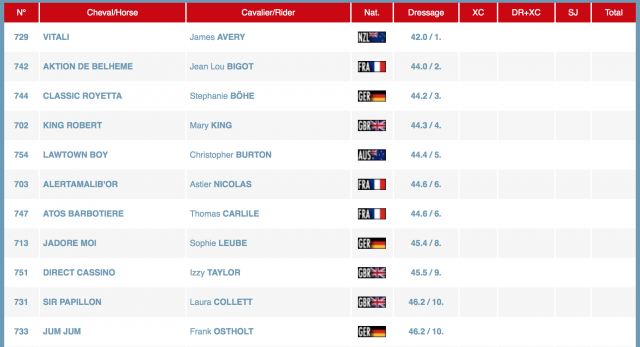 The top ten in the seven-year-old championship going into tomorrow’s cross country.