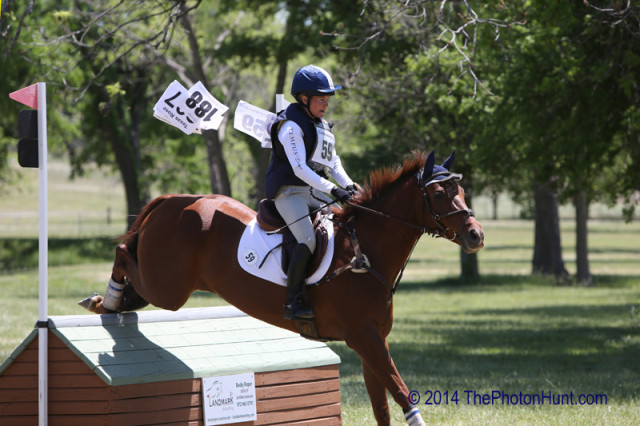 Angela Grzywinski and Make A Fuss at Greenwood Farm. Photo by Photon Hunt.

Many thanks to the official show photographer from the May 3 event, The Photon Hunt, for passing this picture along to us!

We are the show photographers for the Greenwood Farm Horse Trials. The attached image by Cosmo Flores-Kinney, of Angela Grzywinski riding ‘Make a Fuss’ in Open Training, might appeal to your readers.

Angela had apparently been storing sheets from several past shows in her pinny holder.

She was “leaving a paper trail.”

Let that be a lesson to us all — remove those old paper numbers before you add a new one, lest you leave a flurry of past pinnies behind you!