Many thanks to www.Horse-Canada.com for sharing this post from Lesley Grant Law’s blog. Please visit to read more from Lesley’s blog and several other bloggers. 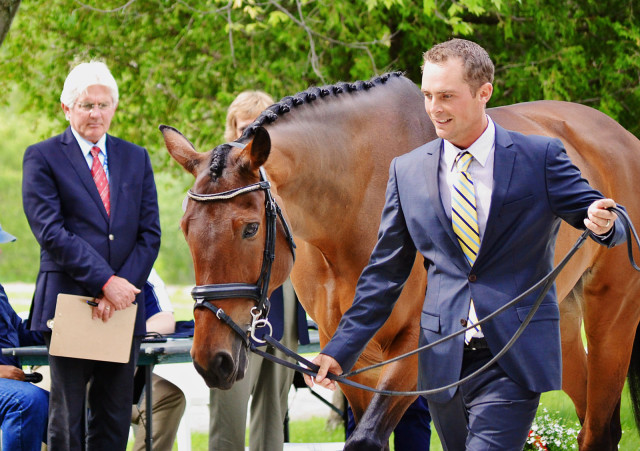 Today Jordan McDonald died after a rotational fall on cross country leaving behind, amongst others, a wife, Shandiss, who had been his sweetheart since the time they were teens.

I met Jordan over 10 years ago in Florida, when he and Shandiss were working students for Peter Gray, where I rented stalls. I would often stop in for a drink or a quick chat with them at the end of the day. Back then, if I had to sum Jordan and Shandiss up it would be that they were pure; straight ‘granola’ if you know what I mean. Two young loves, been together since teenage years, loving the horse life, dreaming large, having fun and working hard.

The years have gone by and just over a year or so ago they went on and finally (lol), got married, had secured very good owners in one particular family and had made a large life decision to move to the UK to get experience riding over there. One couldn’t help but think, fantastic, a win for the little guys. Here you had two kids that grew up, fell in the Disney version of love, found big money supporters and went to follow the yellow brick road off to the UK to get that next life experience. Maybe, just maybe, in these days of millionaire barn brats, high speed dating, fake boobs, fake lives, maybe…. a little bit of pure good, pure romance, Cinderella type stories still exist.

I was at a little event today with baby horses and clients when I happened to come across this news. How? Facebook. I read a post from a friend of mine in the UK that said, “Who knows what happened at Nunney today?” and then someone replied “a Canadian boy died.” I got together with my fellow Florida Canadians and we just could not believe it. My body had no idea whether to cry or throw up.

Jordan wasn’t the only casualty of Eventing today. He was joined by a young German lad as well who, thank god, I did not know, but most certainly the sadness is all too real for his family and friends as well.

I have made a life out of this sport we love. I have achieved probably, statistically, well above average success at the sport and naturally my husband is amongst the top 10 per cent in the sport and, of course, was at one point number one in the world, so I think it is obvious that we are true believers and lovers in the sport. But, this is what I am here to say now…

I read reports today from many people that I respect, Authorities in our sport, stating that there is ‘risk’ and has always been ‘risk’ and we do all that we can and blah blah blah. Of course, on the one hand, they are right, but on the other? Although we ‘accept the risk inherent in horses,’ I am pretty darn sure that if someone had walked up to Jordan this morning and asked him if he was willing to never ever see his wife or parents again if he got on that horse today, well I am pretty dam sure he would of said no. Here is the other thing that no one wants to say..

It is not ok. It is sick. It is stomach turning, repulsive, heart breaking and inane. The fact that a luxury, ridiculously expensive, sport ends up in people dying is madness. Perhaps acceptable madness? But madness none the less.

I personally believe that it is a numbers game. I have seen so very many bad rides go without a scrape (some of them mine) and so many good ones end up in injury (some of them mine) that I tend to agree with the belief that no one can make this sport safer than life itself as David O’Conner likes to say, but at the same time, that does not make it anywhere near ok.

I can only begin to imagine the crater of loss that has been left in Shandiss’ and the McDonalds’ hearts. As a wife of an event rider, there have been occasions when I think of how I would cope in the worst case scenerios, and I can honestly say that aside from the fact that I have a son to protect, I cannot imagine how I would wake to take another breath if I lost Leslie in that way. I can promise you one thing, my son will never be encouraged by me to event. If he has the passion we will support it, but believe you me, I will be pushing dressage or show jumping as hard as I can.

I don’t want to sound anti-Eventing; I love Eventing. I think, in a way I pay tribute to Jordan to ask the tough questions that we would all rather avoid. I think I make an interesting point when I say if someone had asked those boys today if they would trade their life for that ride, I believe they would have said no. Of course, they would have said no! I don’t want rid of our sport, I don’t know what the answers are, but I sure hope we keep questioning ourselves and looking for a way to make it safer and don’t just shrug our shoulders at these ‘accidents’.

I am sick of people shrugging it off by stating we ‘accept the risk’. I am here to say I do NOT ‘ACCEPT’ the risk any more than I ‘ACCEPT’ that I may get into a car today and have someone crash into me and kill my son. Do I know things happen? Yes. But it is not ok and I do not ‘accept’ it. We must try and try and search for safer options to the sport we love.

To Shandiss, the McDonalds, and the Winter family. The Event community mourns for you.