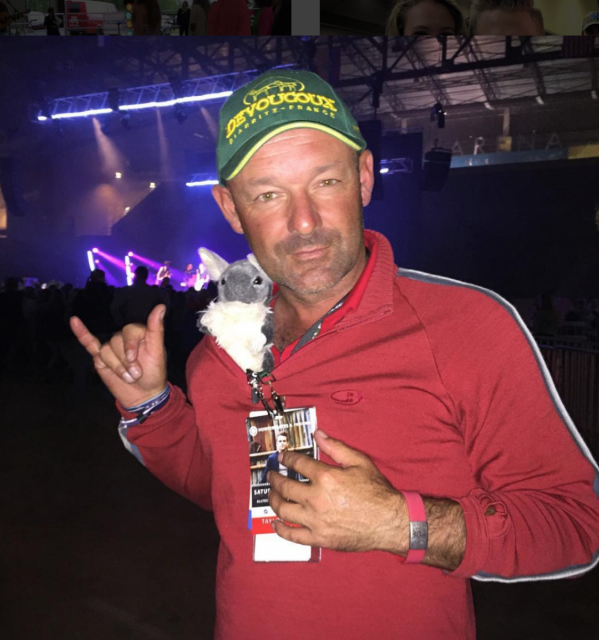 Joe Meyer chinchillin’ at the Hunter Hayes concert at Kentucky 2016. (Confession: He didn’t actually know who Hunter was.) Photo by Leslie Wylie.

It’s T-minus whatever until the the 2018 FEI World Equestrian Games in Tryon, and we are ready to get this show on the road already! To kick things off, a free Opening Ceremony will be held this evening at Tryon International Equestrian Center beginning at 6 p.m.

I don’t know what the standard is for WEG opening ceremonies, but I do remember the 2014 Normandy WEG edition — a stunning, 80-minute long Cavalia-style spectacular featuring CGI visual effects and a majestic herd of horses seemingly operated by remote control by French showman Lorenzo (we live blogged it here). That the organizers pulled that feat off but neglected to put more than two food vendors on the cross country course still boggles the mind.

Fast forward to WEG 2018 … you’re in ‘Murica now, yonder horse folks! If nothing else, we are great at eating and keeping ourselves entertained. Tonight’s Opening Ceremony presented by Coca-Cola® will feature guest speakers, including FEI President Ingmar De Vos and North Carolina Governor Roy Cooper, plus other performances and demonstrations, to be followed by a free concert featuring five-time Grammy nominee country artist Hunter Hayes.

What is up with Hunter Hayes and horse people? Do we just really like him? Does he just really like us? The eventing community last saw him on Saturday night at Kentucky in 2016, where he played a show to a packed Alltech Arena. (If you still have no idea who we’re talking about, see “Hip Young Eventer Explains Hunter Hayes to Washed-Up Old Person.”) 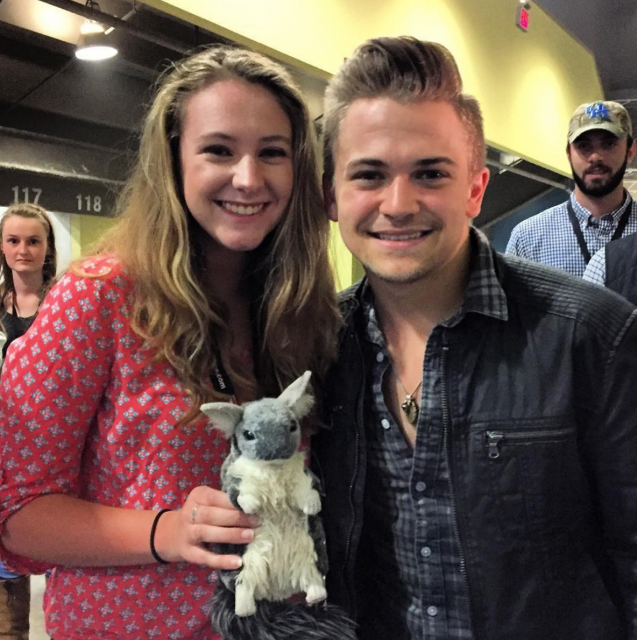 Nothing against French horse whisperers, but it’s pretty woke that WEG chose an entertainer with popular appeal to the local community, which has been such a great sport to welcome the world into its backyard.

“In addition to the amazing horse and rider teams who will compete at WEG this year, we wanted to also dedicate the Opening Ceremony to the team of people who truly stepped up to make this event happen,” Mark Bellissimo says. “We are delivering these Games in less than 18 months, a third of the usual planning time, and that would not have happened without the dozens of contractor teams and close to a thousand of their staff, as well as collective efforts of the local government, community, and our staff, so we wanted to honor them all with an event that they could all attend with their families …We are honored to bring our community together here for the WEG to celebrate their good fortune and expose a broader generation to equestrian sport.”

Amen. As we migrate to WEG this week, let’s all remember to be be polite, respectful and appreciative guests of the Tryon area, whose residents have opened their homes, businesses and lives to us.

The fine print: While admission to the WEG Opening Ceremony is free, attendees must sign up for a free ticket online at Tryon2018.com under the “Tickets” link. Tickets are limited and available on a first come, first served basis. Parking is $20 per carload and attendees will be shuttled to the main venue from the parking lot at 6985 S Highway 9, Columbus, NC. The evening will include a Taste of Americana barbecue buffet option available for purchase. Gates to the parking lot, venue, and vendors open at 3 p.m. Those who previously purchased Grounds Passes for September 11 will be refunded. Click here for tickets.